The fourth and most likely the final Nuclear Security Summit will be held March 31-April 1 in Washington, DC. The three previous summits in Washington (2010), Seoul (2012), and The Hague (2014) have been the most visible features of an accelerated international effort to help prevent nuclear terrorism. President Obama, who launched the effort in a speech in Prague in April 2009 and set the aim to ‘secure all vulnerable nuclear material around the world within four years’, has expressed his intention to ‘finish strong in 2016’. Assessing the achievements of the summits so far, one can argue that, whilst the risk of nuclear terrorism has not gone away, the potential for the acquisition of nuclear materials by terrorist groups has been greatly reduced. Despite this progress, the job of securing all nuclear materials is far from finished. More work will be needed to strengthen the global nuclear security system. What then are the challenges to addressing the remaining gaps in the field of nuclear security?

First, the summit fatigue among heads of state could be an obstacle to further developments. Therefore, at the 2016 Summit, leaders must agree on a way to ensure that collective efforts to strengthen the global nuclear security system do not fade, or worse, backslide, after the Summit process ends. States must consider various options for the future that would involve heads of state meeting at longer intervals, together with lower level meetings at shorter intervals.

Further ratifications of legally binding instruments such as the 2005 Amendment to the Convention on the Physical Protection of Nuclear Material (CPPNM) are necessary to sustain attention on the issue. With regards to the 2005 Amendment, the United States’ ratification in July 2015 brings entry into force one step closer but more states need to ratify it before the amendment can take effect. As a recent piece in the Arms Control magazine explained, the amended Article 16 could provide a vehicle to ensure continued progress: the amendment’s entry into force would set in motion a process requiring a conference of the parties to take place after five years to assess implementation and the adequacy of the convention. Similar to the Treaty on the Non-Proliferation of Nuclear Weapons (NPT) process, more frequent meetings of officials, taking place prior to leader-level meetings, could then ensure the continuity of efforts.

The group of 35 countries that signed the Joint Statement on ‘Strengthening Nuclear Security Implementation’ at the 2014 Summit can take its contents as a template to implement a more ambitious agenda. The Joint Statement, also known as the Trilateral Initiative, is an initiative through which states agreed to implement the major recommendations of the International Atomic Energy Agency (IAEA) for nuclear and radiological source security. In October 2014, these 35 countries requested that the Joint Statement be circulated by the IAEA Secretariat as an IAEA Information Circular. Two key benefits to this change are that the Joint Statement now has a life beyond the Summit process and any country willing to subscribe to the commitments can join. A goal for the 2016 Summit should be to increase the number of endorsements as much as possible, ideally convincing nuclear-armed states China, India, Pakistan, and Russia to join the initiative. Ultimately, all these initiatives and treaties should lead to the establishment of a legally binding framework convention on nuclear security that will complement the current regime.

The second challenge is how to include in the nuclear security system all nuclear materials, military as well as civilian. The mechanisms that already exist apply to only 17 percent of weapons-usable nuclear materials, those that are used in civilian applications. A recent NTI international study group led by Sam Nunn, Richard Lugar and Des Browne has developed a number of recommendations on how to strengthen the security of the remaining 83 percent, commonly categorised as ‘military materials’. The report underlines the urgency of subjecting the ‘military materials’ to the current international security standards, mechanisms, and confidence-building arrangements.

The third potential challenge for the 2016 Nuclear Security Summit is Russia’s decision not to attend. Of course, the decision was not a complete surprise given recent icy relations between Russia and the west, in particular the United States. The deep mistrust that has developed between the west and Russia is having a massive effect on cooperation on security matters. However, it is clearly in Moscow and Washington’s common interest to prevent the proliferation of nuclear weapons and global nuclear terrorism. Russia and the United States continue to work together on some nuclear security issues. US cooperation with the Russian nuclear regulator continues; the US and Russia will continue to work to repatriate HEU from Kazakhstan and Poland. Also, Russia and the United States will continue to co-chair the Global Initiative to Combat Nuclear Terrorism (GICNT). Although Russia is not participating in preparations for the 2016 Nuclear Security Summit, US officials are keeping Russian officials informed of developments.

Both the United States and Russia have a tendency to regard nuclear cooperation as a bargaining chip. Both countries, however, need to acknowledge the imperative to provide global leadership in this field. Fortunately, the United States ratified in 2015 both the 2005 Amendment and the International Convention for the Suppression of Acts of Nuclear Terrorism, and thus is in a stronger position to encourage other countries to do likewise.

These developments have been very closely associated with President Obama’s Prague agenda. The important question to ask, in the context of the US elections in 2016, is what impact will these elections have on the Summit and its future? Nuclear security initiatives are just too important to be hindered by political divides. Further cooperation on nuclear security is thus likely even under a Republican president.

Laura Holgate, the senior director for WMD Terrorism and Threat Reduction at the US National Security Council, who is involved in the preparations for the summit, said that the process reflected ‘the incremental nature of success’, adding ‘That’s just the way it is in this field. You don’t have giant thunderclaps and then the world is different’. Hopefully, this statement does not indicate that Obama has scaled back his goals in this area. We need sustained commitment of all engaged states, led by the US, to build on existing efforts to ensure continued high-level attention on nuclear security beyond 2016. 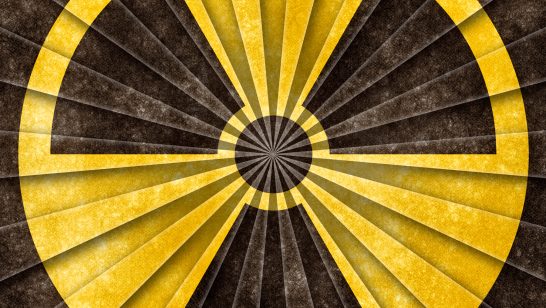 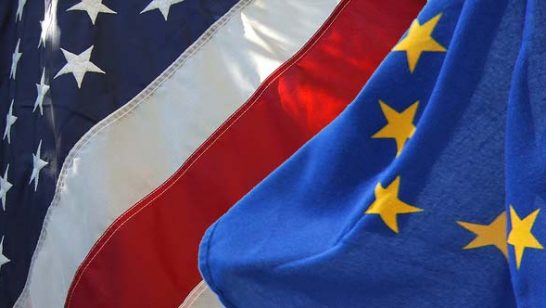 Why Europe and the US need to talk about sanctions

The first 100 days of the Biden administration have shown that the US is keen to continue using sanctions as its default foreign-policy tool, notably against Russia, writes Agathe Demarais. However, America’s enthusiasm for sanctions on Moscow comes with serious risks for the transatlantic alliance.

This EASI report lays out the problems of non-strategic nuclear weapons and suggests ways the issue might be addressed were the U.S./NATO and Russia to tackle them.