Large demonstrations against President Yanukovych have run for more than two months since the Ukrainian government passed up the opportunity to sign an association agreement with the European Union. They have spread beyond Kyiv to cities across the country and evolved into a broader protest against the president.

The first nascent indications of a possible negotiated path to a settlement emerged the week of January 27. Mr. Yanukovych took some meaningful steps by firing his prime minister and having his parliamentary majority vote to repeal the anti-democratic laws that it had rammed through just twelve days before. The opposition’s reaction suggests, however, that the president will have to give more and offer to share real power. He may find that hard to do, as he is not temperamentally predisposed to compromise.

The crisis in Ukraine must be resolved first and foremost by Ukrainians, and the primary responsibility needs to stay with them. Russia, the European Union and United States all are tracking developments closely and have an interest in how this drama plays out. But their ability to influence events is limited.

Moscow sees Ukraine in geopolitical terms. The Kremlin worries that a Ukraine that has signed and is implementing an EU association agreement will move out of Russia’s geopolitical orbit, likely irretrievably. Moreover, many Russians—including President Putin—seem incapable of believing that Ukrainians themselves launched and grew the protests. They instead view the world through their own Russia-centric prism and see the demonstrations as instigated and managed by the West.

Last summer, the Russians imposed trade sanctions on selected Ukrainian goods to signal their unhappiness about the association agreement. Mr. Putin and other Russian officials warned that, if Kyiv signed the agreement, further trade sanctions would follow.

Why does Ukraine matter so much to the Russian president? First, his view of Russia as a great power includes a sphere of influence. An EU-oriented Ukraine would fall outside of—and gravely undermine—that vision. Second, given the historical and cultural links between Russia and Ukraine, keeping Kyiv close is important to Mr. Putin and his conservative domestic political constituency.

In any event, Mr. Yanukovych suspended the association agreement process on November 21. Three weeks later, Mr. Putin rewarded him with $15 billion in credits and a 30-percent cut in the price of natural gas. Both sides denied that Mr. Yanukovych had agreed to bring Ukraine into the Russian-led Customs Union, something that elite, business and public opinion in Ukraine would oppose. Mr. Putin’s gifts nevertheless enabled Mr. Yanukovych to think that he could weather the protests and postpone sorely-needed—but politically painful—reforms of the financially-strapped Ukrainian economy.

While some pundits claimed that Mr. Putin “bought” Mr. Yanukovych, perhaps “rented” is a more accurate term. The Russians began doling out the credits in tranches, and they promptly suspended new credits when Mr. Yanukovych sacked his prime minister. Gazprom has indicated that it plans to review the gas price cut on a quarterly basis.

Up until about January 21, Mr. Putin had reason to take pleasure in developments. Mr. Yanukovych’s unreadiness (to that point) to negotiate with the opposition in good faith, the anti-democratic laws, and the riot police’s often thuggish behavior were pushing Ukraine further away from Europe and European norms. The images of street clashes from Kyiv received substantial airtime on Russian television, to contrast with the stability and calm at home under “sovereign democracy.” Mr. Putin could hope that a politically weakened Ukrainian president would come to depend even more on Russia.

But the situation has changed rapidly and now must appear far less positive to Moscow. The spread of the protests, the increase in Ukrainian nationalism, the growing confidence of the opposition and the demonstrators, and the prospect that Mr. Yanukovych may lose control—and even fall to another people’s revolution—cannot be comforting to the Kremlin.

Just as developments within Ukraine appear on the verge of slipping beyond Mr. Yanukovych’s control, they also may have moved beyond the point where Russia can exert significant influence. The December monetary gifts have had little apparent effect on Mr. Yanukovych’s political stability. No substantial pro-Russian, pro-Customs Union popular movement has emerged, not even in eastern Ukraine, as a counterpoint to the pro-Europe, anti-Yanukovych protests. While rumors occasionally circulate regarding preparations to inject Russian riot police or troops, even the most ardent Russian nationalist presumably understands that such an intervention would be fraught with risk.

On the Western side, the European Union has held the lead for much of the crisis. That is only logical; pro-Europe Ukrainians launched the original demonstrations in November. EU living standards and democratic norms exercise a powerful magnetism on ordinary Ukrainians, who have had their fill of the corruption and authoritarian practices that hold them back from the normalcy of EU member states such as neighboring Poland.

The European Union has not approached this crisis in the same geopolitical terms that Russia has. If the European Union had seen this solely as a geopolitical contest, it would have signed the association agreement with Ukraine when it was completed and initialed in early 2012. EU officials instead insisted that the Ukrainian government implement certain actions before signature, wanting concrete steps to move Mr. Yanukovych’s government toward European democratic norms.

When Ukrainian officials expressed concern about the costs of the economic reforms connected with the association agreement and asked for tens of billions of dollars, the European Union declined to enter into a bidding war with Russia. EU officials argued in effect that securing the association agreement and a closer relationship with Europe was in Ukraine’s economic and political interest. They saw no reason to pay Kyiv to do that.

As the situation in Ukraine has deteriorated, EU officials have expressed concern and made the appropriate calls for restraint by all sides and for a political dialogue to resolve the crisis. Individual member states have reiterated these calls, and EU Commissioner for Enlargement and European Neighborhood Stefan Fuele and EU High Representative for Foreign and Security Policy Catherine Ashton have visited Kyiv. No consensus, however, has yet emerged among EU members on specific actions.

For most of the crisis, Washington has seemed content to let Europe take the lead. As noted, that was logical in view of the EU focus of the early demonstrations. Moreover, having Europe out front was preferable, given Moscow’s suspicions and geopolitical approach. Washington has few levers to affect Russian behavior on this question, and making it a U.S.-Russia fight would not help Ukrainians find a peaceful settlement.

The intensification of the crisis in recent weeks has prompted more visible U.S. engagement. Secretary of State John Kerry has spoken directly about U.S. concerns, and Vice President Joe Biden has had several telephone conversations with Mr. Yanukovych.

The U.S. government became the first to impose visa sanctions, revoking the visas of Ukrainian officials connected to violent actions against the demonstrations. Washington is reportedly developing additional targeted visa and financial sanctions, which could go beyond punishing the use of force to prod members of Mr. Yanukovych’s inner circle to urge him to find a political solution. It is not clear that the U.S. government has other readily available tools.

When it comes to visa and financial sanctions, the European Union undoubtedly has greater leverage than the United States: that is where the Ukrainian elite travel and bank their money. It thus would make sense for Washington and Brussels to coordinate on a set of joint visa and financial sanctions to increase their ability to encourage a serious political dialogue among the Ukrainians.

If the current fragile attempt at a political settlement collapses, the situation on the ground will likely deteriorate into further violence and street clashes. Developments then could spin out of control—and the West might well find that it has lost any ability to influence a peaceful outcome.

Steven Pifer is a senior fellow at the Brookings Institution and former U.S. ambassador to Ukraine. 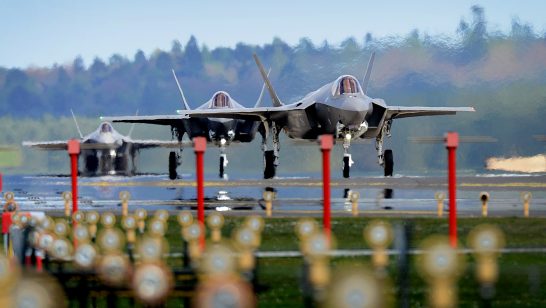 Confidence Building Measures Are Now Needed More Than Ever

In a new op-ed Wolfgang Ischinger, Steven Pifer, and Andrei Zagorski argue that pre-existing arms controls have helped prevent the Ukraine crisis from degenerating from bad to worse.