Three remarks made on 24 November by principals in the Iranian nuclear negotiations stand out: that progress has been made, that some significant gaps remain and that there is a credible path to a successful outcome. All are true. But no one knows whether the political will can be generated in Washington, Tehran and elsewhere to make the final journey down that path.

In order to create confidence in the exclusively peaceful nature of the Iranian programme in future, all the following may have been agreed, or be close to being agreed: full transparency to the highest IAEA standards; limits on the percentage levels of enrichment (set at the maximum needed for power reactor fuel); reduced stocks of enriched material to be kept in Iran; no reprocessing of spent fuel; how to fix the Arak research reactor so it produces minimal quantities of plutonium; how to eliminate the risk that the underground plant at Fordow would be used for enrichment for military purposes; and finishing satisfactorily the IAEA’s work on investigating past Iranian research and development on some potentially military aspects of nuclear technology.

But the Comprehensive Joint Programme of Action that is being drafted must also meet the requirements of the November 2013 guiding document on determining Iran’s enrichment capacity based on its practical needs and on lifting – not just suspending – sanctions. These may well be the two main sticking points now.

Iran may not be willing to make irreversible changes to the number of operating centrifuges (9400), and to their timetable for building up their enrichment capacity, without greater political certainty than it has been offered so far that the sanctions will go finally, both at the UN and by Act of Congress, once it is in compliance with its undertakings. The US and its partners, however, insist that the number and capacity of the centrifuges must be reduced significantly to stretch out the time Iran would need for a hypothetical breakout.

The US side has said that the parties understand what making the final agreement would involve on both points.

So its down to politics now: will the Supreme Leader believe – against all his instincts and (he would say) painful experience of US hostility to Iran – that the US Administration can persuade Congress to lift all nuclear-related sanctions, and not just provide some relief through suspensions that have to be renewed periodically? And will he believe that sufficiently strongly to change his mind about the enrichment capacity he has set out as his minimum requirement, namely the amount needed to refuel the existing Bushehr reactor for one year?

The capacity Iran wants to have, though genuinely modest in civil power reactor terms by international standards, remains unacceptable to the US and its Israeli ally and to some of the P5+1 because of its implications for perpetuating the current estimated two months period for Iran to accumulate notionally sufficient fissile for one bomb. They insist on lengthening the period despite the strong reassurance that would be provided under a final settlement by the combined effect of several factors: the extra time needed for notional weaponisation after the fissile material has been accumulated as a gas, Iran’s national interest in not going back on its commitment to peaceful uses of nuclear technology only, IAEA monitoring under the Additional Protocol to Iran’s Safeguards Agreement, the threat of re-imposition of sanctions, military deterrence, and all the other interlocking elements of a Comprehensive Agreement outlined above.

The parties should find a means of settling the issue that is, after a transitional period, non-discriminatory in terms of the universal standards in the NPT. Otherwise, it will end badly: the extra transparency and the real restraints on the Iranian programme already gained may be lost; starting to unwind regional tensions and to increase cooperation in facing joint security challenges will be a distant dream. And the risks of war and of the further unravelling of the NPT regime in the Middle East will surge.

The next months will be fateful. The EU should work harder and more publicly to urge and persuade both sides, and Saudi Arabia and Israel, to seize this truly historic moment by summoning up additional flexibility. 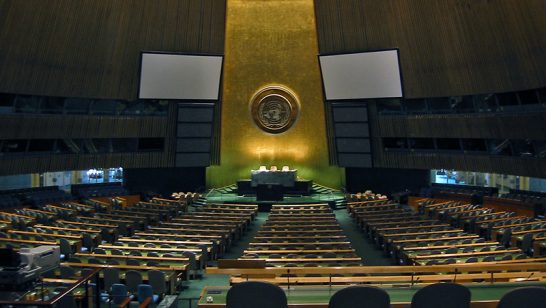 The Global Enterprise: a roadmap to achieving success at the 2021 NPT Review Conference

The Global Enterprise initiative encourages practical steps and commitments that demonstrate the ability of States to work together to advance the NPT’s nuclear disarmament goals. Many of these actions can be taken now without waiting until the RevCon is rescheduled. 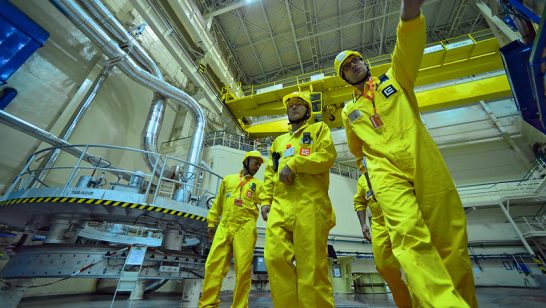