Hardly any article or speech on the Arctic is complete nowadays without a coloured chart of national jurisdictions and territorial claims within the North circumpolar region. Usually sourced from Durham University, this map with the North Pole at the centre is a riot of colours and complicated overlaps, suggesting almost endless scope for argument or even conflict.

Superimpose a map of suspected Arctic oil and gas resources, however, or a map of potentially growing fish stocks, and a different pattern emerges. The great bulk of these resources lie well within the acknowledged Extended Economic Zones of Russia, Norway, Canada, and the USA (Alaska). They are protected by the UN’s Law of the Sea Convention as well as the sovereign authority of those countries. All agreements made so far between companies for exploration or exploitation are on the basis of licences duly issued by the relevant government.

So why the fuss? First, there are minor aspects of territorial jurisdictions still unresolved among the neighbouring states, but those all involve western countries (eg Denmark and Canada) who are not inclined to fight over them. Second, there is a dispute between Canada and the US – with many other states on the latter’s side – over whether the sea passage over the North of Canada is fully under that nation’s jurisdiction or constitutes international waters. This seems unlikely to spark fighting either, especially since that passage is proving much harder to open up for shipping than the ‘Northern Sea Route’ over Siberia.

Third, some Arctic powers including Russia have tabled (and others will table) claims with the Law of the Sea Commission, seeking control of parts of the still-unallocated waters around the North Pole proper.  The famous planting of a Russian flag on the North Pole’s sea-bed was meant to advertise such a claim, but was done by a small scientific submersible. All nations concerned, however, signed a declaration at Ilulissat (Greenland) in 2008 promising to pursue their rights by peaceful, international-legal means. They would be foolish to do otherwise, since there are few if any likely mineral finds in that zone and it will be the last to offer economically viable access. Deep drilling has proved hazardous enough already, both in financial and reputational terms, for the big oil and gas companies; doing it in freezing waters amid the meteorological havoc of a melting Arctic is hardly a commercial dream.  Russia itself is in fact working harder in the near term on developing new wells on land, in the Yamal Peninsula, than on any Arctic maritime field; while the US and Canada invest heavily in shale hydrocarbons.

To be sure, some commentators on the Arctic have other worries than just a disorderly ‘race for oil’. They note signs of increased military spending on assets designed for the polar seas, together with support facilities; and they warn that an ‘incident’ could escalate into an international clash. What of these complications?

First, all Arctic states except Russia are cutting military expenditure generally and their Arctic plans are modest, involving mainly higher-tech replacements for old assets and a small growth in numbers. Russia’s plans in the Arctic are not more grandiose than elsewhere and actual construction has made a slow start. New bases like Denmark’s in East Greenland, and Russia’s being built in the New Siberian Islands (far to the East), are designed mainly to get closer to the High Northern seas for purposes of patrolling and policing, climate monitoring, and response to accidents. A study in 2012 by the respected pro-peace institute SIPRI concluded: “Conventional military forces specially adapted to the harsh Arctic environment are projected to remain small scale, especially given the size of the Arctic region, and will remain in some cases considerably below cold war levels.”[i]

One must also remember that Russia and the West remain in a state of uneasy strategic balance overall, despite all the progress made since the Cold War. Russia’s northern coast is now its only real major ‘break-out’ area, and its forces there are also supposed to offset US and Western power in general. But recalling this also highlights something many analysts miss. The nuclear and naval stand-off between the USA and the Soviet Union or Russia has always taken place over the North Pole. Albeit by a deadly and costly logic, it has kept the peace since the 1950s. Why should either side think they could use military force against the other, in this very area, without the terrible dangers of escalation? Can one really imagine Russia fighting any of the other countries around the Arctic, all full NATO members, without fear of NATO retaliation? So long as Moscow’s own Arctic assets are secure and the key sea route firmly under its grip, why would it take that risk here more than anywhere else?

Arguably, in fact, the Arctic interaction of Russia and the West is less tense, less subject to out-of-control incidents, than anywhere else their strategic peripheries touch. Since Cold-War times both sides have cooperated on Arctic exploration and environmental management. Since 1996 the Arctic Council has formalized and extended this cooperation, inter alia reaching two legally binding agreements (among the five Nordics, Russia, USA and Canada) on cooperation in Search and Rescue, and major oil-spill response, respectively.  Under these agreements all sides have pledged to use their naval and air assets and other security expertise to help each other when something goes wrong. Add the way that Russia has opened up for Western investment in its own Arctic resource exploitation, and there seems rather less to worry about here than in the Caucasus or even the Eastern Baltic.

Of course, governments are not the only potential conflict players, as seen in the recent clash between the Russian authorities and Greenpeace. But that example also suggested how high the odds are against other states getting drawn in by a non-state incident in this region. The Arctic does not have ‘weak states’ or civil conflicts, and the most violent non-state actors likely to surface there – smugglers and opportunistic terrorists – would be the enemies of all.

The real threats of a changing Arctic are the non-military ones of violent nature, accidents, infrastructure failure, pollution, business miscalculations, destabilizing migration, other social disruption and new disease – all things that states can profit most from tackling together. And if some commentators are still worried about a random military clash, why are they not deluging us with proposals for arms control and confidence-building measures to help avert it? Interestingly, the only considered and specific ideas of that kind so far have come from a Russian think-tank…[ii]

ii ‘The Arctic: A Space of Cooperation and Common Security’, IMEMO with the Euro-Atlantic Security Initiative, Moscow 2010, available at http://www.imemo.ru/ru/publ/2010/10059.pdf 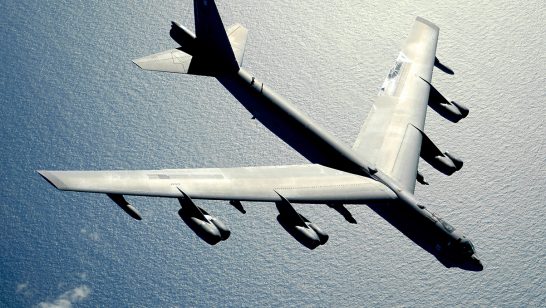