Armenia goes to the polls on 20 June 2021. Polling indicates a dead heat between Prime Minister Nikol Pashinyan’s My Step Alliance and former President Robert Kocharyan’s Armenia Alliance, with one of the country’s smaller parties likely acting as a kingmaker in this runoff.

Undeniably, Armenia’s choice will have implications for the political landscape of the Caucasus and the region’s relationship with the West. Will the country elect to continue its transition to a relatively liberal ‘in-between state’ with one foot in the West and the other in the East? Or will it pivot to Moscow, abandoning its effort to get closer to the West due to pressing security concerns?

Armenia’s choice will have implications for the political landscape of the Caucasus and the region’s relationship with the West. Andreas Persbo

Where the Armenian experiment goes next is by no means clear. According to Freedom House, Armenia and Georgia stand out in the region as two young states with improving systems of governance and representation. Armenia has tried to act as an in-between state, increasing economic and societal ties with the West while remaining in a security relationship with Moscow.

To give some examples: Armenia is a member of the Collective Security Treaty Organisation (CSTO) and hosts the Russian 102nd Military Base in Gyumri in the country’s northwest. It has about 3,500 Russian troops on its territory and maintains deep military collaboration with Moscow. However, in terms of its western orientation, Armenia has an Individual Partnership Action Plan (IPAP) with NATO and has contributed troops to two of NATO’s missions (KFOR and ISAF). Socioeconomically, it is a member of the Eurasian Economic Union, but it is also seeking deeper ties with the European Union. On 1 March 2021, the country’s Comprehensive and Enhanced Partnership Agreement (CEPA) with the European Union entered into force. The country maintains close diplomatic links with France, being the only regional member of the Organisation Internationale de la Francophonie (despite not being francophone). The question now is how much of this will change following Sunday’s elections?

The elections take place against a backdrop of political turmoil following Armenia’s stinging defeat in the October 2020 Nagorno-Karabakh war. In Armenia, the defeat gave rise to a national Dolchstoßlegende (used by anti-democratic forces to explain Germany’s defeat in the First World War). In this narrative, Mr Pashinyan’s government “sold out” too readily, and malign foreign forces were involved in this. While these sentiments are understandable, it is more likely that Mr Pashinyan, and Armenia’s allied – yet to be recognised – government in Artshak (Nagorno-Karabakh), was facing near complete military collapse. If Mr Pashinian had not signed the ceasefire agreement, he may have risked losing all of Nagorno-Karabakh.

While this appears to be the assessment of Russian military thinkers, the Russian analysis of the defeat carefully brought out in an IISS blog post by Alexander Stronell points to a more complex reason: lack of investment, poor defence economics and training, and poor procurement choices. The Azeri army was older and more professional, and they had an edge in military strategy and equipment. However, like its German predecessor, the Armenian Dolchstoßlegende provides a dressing for a deep national wound and was on full display during the violent protests in Armenia after the war, where Mr Pashinyan was labelled a ‘traitor’.

The defeat shook the country to the core. In a gentle portrait of post-war Armenia, French journalist Fin Depencier writes that Armenia is now on “Russian life support, and time is running out on what little independence it has left.” He argues that “Armenia is faced with a tough choice: to become a vassal of Russia, or else be left to face Turkey and Azerbaijan alone.” His assessment is black and white but has a kernel of truth in it.

That the Turkish President, Recep Tayyip Erdoğan, visited the symbolically and strategically important city of Shusha (Sushi in Armenian) to sign a new declaration of allied relations have been received with anger in Yerevan, referring to it as “an outright provocation against regional peace and security.”

Outgunned and diminished, there is a real possibility that Armenia will pivot north to Moscow, noting how powerless, or worse, indifferent, its Western interlocutors were to resolve the October war. Moreover, Russia is winning hearts and minds already, and not without cause. A recent report by the International Crisis Group highlights the many contributions made by Russian peacekeepers in Artsakh, everything from winter-proofing residential buildings to tracking down stray cows. However, the Crisis Group also cautions that the “ceasefire between Armenia and Azerbaijan remains fragile” and that the line of contact has contracted to in some places about 30 meters apart.

Setting the security situation aside, personalities also matter. It is known that Vladimir Putin is close to Mr Kocharyan. For example, in August 2020, Russian President Vladimir Putin personally congratulated Kocharyan on his birthday, noting that he “highly appreciate [his] personal contribution to strengthening friendly and allied ties between [Russia and Armenia].” Mr Putin’s relationship with the incumbent, Mr Pashinyan, is much cooler. A change of guard at the top may well help accelerate the pivot.

For Armenian politicians, there is still a case not to abandon the country’s move towards greater political and societal freedoms. A recent poll by the International Republican Institute reveals a deeply fragmented society characterised by wide mistrust of public institutions. Much work remains to build strong domestic institutions capable of defeating domestic corruption; investing in the economy and a successful implementation of CEPA will go some way in doing so.

Armenia is a pluralistic society, and EVN Report has produced a useful primer on the country’s 26 competing parties for those interested in learning more. OSCE election monitors are now in place, led by ELN senior network member Eoghan Murphy.

There is still some space to think about win-win outcomes in the South Caucasus that would satisfy and protect the territorial integrity or political independence of regional states, but also the central principle of the right of self-determination of peoples. The following recommendations are directed at key external stakeholders.

As noted by Nicu Popescu, the European Union was marginalised throughout last year’s conflict and would need to assert some influence if it is to be taken seriously. Next week, the EU will debate a report by Josep Borrell stating that states of the Eastern Partnership (Armenia being one of them) “have a full, sovereign right to shape the breadth and depth of their relations with the EU and other international players freely.” It is also proposing that the EU “firmly rejects the Russian pursuit of a privileged sphere of influence” in the region.

The European Union should therefore maintain its position that all forces should pull back to positions held before 12 May 2021 and that both sides engage in good faith negotiations on border delimitation and demarcation. Armenia’s territorial integrity, including the southern corridor, should be upheld until mutually agreed delimitation. The EU should continue to insist that Azerbaijan release all prisoners of war and detainees. The Union should keep the door open to decide on more muscular foreign policy in the future, should the need arise.

The EU, and its member states, should seek to step up humanitarian aid to the region and coordinate this provision with the Russian Federation and Azerbaijan, with the objective of ensuring full access to humanitarian relief organisations. Importantly, the EU needs to ensure the integrity and future viability of the CEPA by intensifying its diplomatic presence. France will play an important role here.

The Russian Federation should maintain its position in the Minsk Group, working to ensure a return to the core settlement principles formulated in the so-called Madrid Principles. Several of these principles have now been implemented by force, such as the “return of the territories surrounding Nagorno-Karabakh to Azerbaijani control.” However, many remain unimplemented, including “an interim status for Nagorno-Karabakh providing guarantees for security and self-governance” and a “future determination of the final legal status of Nagorno-Karabakh.” There is also the issue of territories inside the boundaries of Nagorno-Karabakh having switched hands.

A peacekeeping force was always part of the Madrid Principles, but as the International Crisis Group has pointed out, the mandate of the Russian Peacekeeping Force should be clarified. The Russian Federation should also consider supplementing its mission with an OSCE component to counter claims that it is acting unilaterally to establish a “sphere of influence.” This component could be limited to military observers. A beneficial spin-off for Russia-West relations would be the establishment of military-to-military links, which is rare in the present international environment.

The United States should maintain its position in the Minsk Group, and in particular work towards constraining attempts by its allies to depart from the Madrid Principles. Here, recent suggestions to set up a competing “Astana Format’ (or a 3+3) process, where Western regional interests are underrepresented, would need to be counteracted. Mr Borrell, the EU foreign policy chief, has already made his views clear on this, referring to the process as Astanisation. Moreover, in the 15 June US-EU summit communique, the two actors resolved “to work towards long-term peace, resilience and stability in the South Caucasus”.

This week’s summits between the United States, the United Kingdom, and the European Union and the G7 have seen a heavy emphasis on free and open societies, and the value of democracy. Armenia’s choice this weekend will be a bellwether for democratic development in the region, and a test for how well fragile democracies handle severe systemic shocks. But it also represents an opportunity for multilateral cooperation in times where such efforts are under stress. This opportunity should be grasped by Brussels, Moscow and Washington. 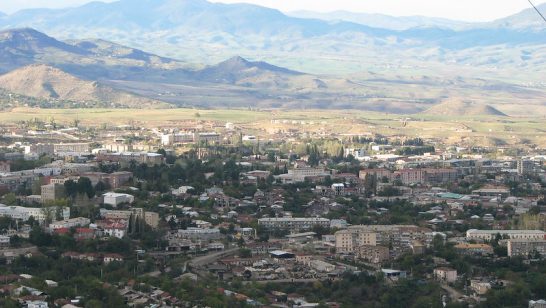