On October 11, Belarus held presidential elections which Alexander Lukashenko won for the fifth time. According to the conclusions of the OSCE observation mission, the elections did not meet international standards, even if progress has been made since the last presidential campaign. Despite the sceptical OSCE assessment, the next day the EU decided to freeze sanctions against Belarus for four months. On the sanctioned list there are 174 people. Alexander Lukashenko and other Belarusian high-level officials are included as well as 12 legal entities.

It is planned that on October 31 the sanctions against officials in Minsk will be extended for one year but then suspended. Such a step opens up the opportunity to start a high level political dialogue between the EU and Belarus, which was frozen immediately after the 2010 presidential elections due to the crackdown on the opposition protests.

It is necessary to mention that an informal dialogue is already under way. The heads of several leading European countries (German Chancellor Angela Merkel and French President Francois Hollande), EU Commissioners and other high-level European officials, as well as official delegations from the US, have been visiting Minsk since the beginning of the Ukrainian crisis.

There are several reasons why the EU decided to review sanctions against Belarus despite concerns over situation inside the country.

The first reason is technical. A few weeks before the presidential elections, the Belarusian authorities fulfilled one of the preconditions to start a diplomatic détente with the EU by releasing six people whom Brussels considered as political prisoners. The willingness to suspend the sanctions is thus a reciprocal step, designed to create an atmosphere of mutual trust and respect. In addition, unlike in 2010, the current presidential campaign was not marred by mass repressions against the Belarusian opposition and civil society.

The second reason is connected with a symbolic recognition of the Belarusian contribution to resolving the Ukraine crisis. President Lukashenko provided a negotiating platform in Minsk and assured the neutral position of Belarus in the context of geopolitical tensions between Russia and the West. The EU is now under enormous pressure from external crises in the Middle East as well as Eastern Europe and it is important that trusting and predictable relations with Belarus are established. The perception of Belarus in the West has changed dramatically. Belarus is no longer seen as the “last dictatorship in Europe” but rather as a regional security and stability provider.

Another reason is related to the desire of the EU to demonstrate to the Belarusian authorities the long-term benefits of normalization, and motivate Minsk to meet expectations of Western partners instead of coercing it to change policy. To put it frankly, EU sanctions against Belarus have not produced any significant results apart from strengthening Minsk’s dependence on the Kremlin.

Finally, the EU and US are not able to ignore military and political pressure applied by the Kremlin on Belarus, especially in connection with the establishment of a Russian airbase. Many European countries, in particular the Baltic and Central European states, as well as the US, are deeply concerned about the potential shift of Belarus’ neutral status and its transformation into a Russian outpost in a “new Cold War”. That is why some Western countries are interested in providing Minsk an opportunity to find a balance between Russia and the West.

Thus the normalization process between Belarus and the West is based largely on geopolitical factors. The Belarusian leadership is interested in normalization with the West, not only in order to gain access to the Western capital markets, investments and technologies and to replace the lack of financial assistance from the Kremlin, but also to avoid involvement in a “new Cold War” on any side, especially Russia’s.

The Kremlin is monitoring the normalization process between Minsk and the Western countries very closely. Obviously, the hardliners, who are behind the destabilization of Eastern Ukraine and confrontation with the West, perceive the normalization, as well as the strengthening of Minsk’s strategic partnership with China, as a threat to Russia’s influence. The degree of uncertainty regarding Moscow’s policy towards Minsk has increased dramatically since the Ukrainian crisis. The Kremlin is no longer willing to support Belarus economically. The Belarusian government has been asking for a $3.5 billion stabilization loan during the last year to avoid an economic crisis, without success. Some Russian politicians, including the head of the Russian State Duma Committee on Foreign Affairs Alexei Pushkov, express the belief that the West has begun a geopolitical game with the aim of setting Belarus against Russia.

Moscow is trying to undermine the process of normalization between Minsk and the West by strongly promoting the establishment of the Russian base on the territory of Belarus. Russian Prime Minister Dmitry Medvedev and President Vladimir Putin have already approved its construction, while Alexander Lukashenko is resisting. Indeed, in the event of the Russian military base project going ahead, Minsk’s status as a peace-maker and intermediary in negotiations in the Ukraine crisis would be called into question. Also, it will undermine the neutrality of Belarus from a military and political point of view. Belarus will lose all the dividends connected with its foreign policy efforts.

Unfortunately, the red lines imposed by the Kremlin on Belarus are a great deal tougher than for other post-Soviet states. For example, for Ukraine, the red lines were joining NATO and signing an Association Agreement with the EU. For Belarus, even a simple attempt to normalize relations with the West is a red line. And there is no doubt that if the Kremlin believes that the Belarusian leadership will cross these red lines, Moscow can activate the “hard option” as it did in Ukraine. The scenarios of the Collective Security Treaty Organization (CSTO) Rapid Reaction Forces military exercise, “Interaction – 2015”, in August, as well as the joint military exercise of Russia, Serbia and Belarus, “Slavonic Brotherhood – 2015”, in September, demonstrated the viability of this option. Russia is ready to use any destabilization of the military-political situation in Belarus as an excuse to intervene in the internal affairs of Belarus by political-military means, examining the option to deploy its troops in order “to restore the constitutional order and political stability”.

Belarus is a hostage of Kremlin strategists’ perception of a zero-sum game in international relations. The Belarusian leadership does not have any ambitions to normalize relations with the West at the expense of its strategic obligations to Russia or the Eurasian integration process. But the main question is whether the Kremlin does not believe, or does not want to believe, this to be the case.

Tread carefully in Belarus: a slipper revolution is high stakes for us all

If emerging opposition protests are sustained or grow, they could become a dangerous moment in the Russia-West rivalry. 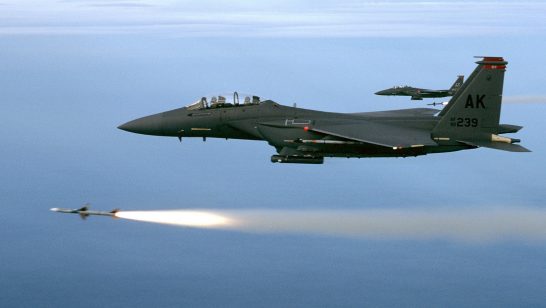