Despite its importance to curbing the proliferation of nuclear weapons the Comprehensive Test Ban Treaty (CTBT) has not yet entered into force. This is mainly due to the reluctance of some key States listed in its Annex II – among which are some that were its most ardent proponents – to ratify the instrument. Its value, however, remains high. The CTBT set up a standard that, while not yet legally binding, amounts to a strong condemnation of any country that conducts such tests, including those that did not sign or ratify it. Although for a number of years some nuclear-weapon States have observed moratoria on nuclear test explosions, unilateral acts cannot be a substitute for a legal commitment. The overwhelming majority of the international community strongly supports the CTBT and has not relented in its efforts to promote its objectives and to convince hold-outs to join in the effort to make the Treaty truly universal in scope. Civil society has played an important part in such efforts.

Brazil has always supported the endeavor of the international community to achieve a ban on nuclear weapon tests. Since the 1960’s a group of seismic experts discussed the feasibility of a verification system for a future test ban treaty. A member of the Eighteen-Nation Disarmament Committee, Brazil followed attentively those developments and later participated actively in the establishment of an ad-hoc working group in the Conference of Disarmament in Geneva and in the negotiations conducted by Ambassador Jaap Ramaker of the Netherlands between 1993 and 1996, which culminated in the adoption of a draft treaty.

When the United Nations General Assembly endorsed the Comprehensive Test Ban Treaty, Brazil was one of the first countries to sign it. In fact, Brazil did so on September 24 1996, the same day it opened for signature. The country was also among the first to ratify the Treaty in 1998.

Brazil has always considered the prohibition of nuclear weapon tests as an important step toward the goal of their complete elimination. Placing limitations on the ability of States to manufacture nuclear weapons is a key element of the international regime of non-proliferation. A total ban can also constrain the development of new types of nuclear weapons and help prevent the qualitative improvement of nuclear arsenals.

It is therefore regrettable that the Treaty has not yet achieved universal support and adherence. The Parties to the NPT – including its five nuclear-armed States – unanimously called for the entry into force of the CTBT among the “13 Steps” to nuclear disarmament adopted at the 2000 Review Conference. In 2005, however, it proved impossible even to refer to that set of agreed measures, although the outcome document of the 2010 Review Conference again mentioned it.

The Parties to the NPT should revisit this issue in 2015. Through their annual Article 14 Conferences, the majority of the Parties to the CTBT must also continue to reiterate their strong call for ratification by the remaining States. High-level officials should always include this question in their contacts with the authorities of the hold-out states.

Brazil supports the completion of the International Monitoring System, which will permit reliable, effective and non-discriminatory verification of compliance with the obligations contained in the CTBT. Some of the IMS stations are located in Brazilian territory. The installation of almost 90% of the foreseen network and the general acknowledgement of its effectiveness are a matter of satisfaction. Nevertheless, the indefinite provisional operation of the system adds to the frustration of its lack of legal international force. Agreement on a timeframe for the entry into force of the CTBT would certainly alleviate that frustration.

Activities regarding the modernization and the qualitative development of nuclear arsenals are another cause for concern as some states continue to engage in their technological proliferation and do not seem willing to abandon reliance on doctrines of nuclear deterrence, claiming for themselves what they see as a right to use and threaten to use such weapons even against non-nuclear states. The continued existence of nuclear weapons is the main threat to international peace and security. The CTBT is a valuable tool both to prevent their further spread and to curb the qualitative arms race. It must become a universal legal norm for the benefit of the international community as a whole. 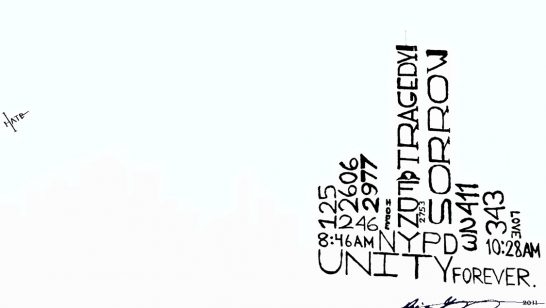 How do the events of 9/11 continue to reverberate in world affairs?

The ELN Director Adam Thomson reflects on the challenges facing America and the world twenty years after 9/11.

ELN Chair, Lord Des Browne, spoke at a Diplomatic Workshop on Nuclear Verification hosted by The Vienna Centre for Disarmament and Non-Proliferation and the James Martin Centre for Nonproliferation Studies in Baden on 19th-20th June 2014