This article originally appeared in The Security Times.

In mid-December the European Council authorized Brexit negotiations to move from a divorce settlement to forging a new relationship between the European Union and the United Kingdom. The clock is ticking. Brussels and London have barely a year left to lay the foundations for their future partnership. Failure to do so would have disastrous strategic consequences for European prosperity and security.

There are areas, such as the Single Market, that do not lend themselves to cherry picking. The new relationship across the Channel will have to be consistent with the British choice to be in or out of it. The sphere of foreign policy and defense, including homeland and cybersecurity, will need to rely on strong and continuing EU-UK cooperation irrespective of Brexit. Trade can be transactional; security is not. This is why Theresa May’s speech at the Munich Security Conference this year will be watched very closely. The prime minister is expected to make the case for a close security relationship between the UK and the EU after Brexit. In response, the EU leaders should avoid making security a hostage of Brexit negotiations. Neither side stands to gain from trade-offs on security.

Indeed, there are many good reasons for remaining closely aligned: Between 25 and 30 percent of overall EU military capabilities fly the Union Jack, which is too modest for the UK to stand alone, and too much for the EU to do without. In times of shifting geopolitics, growing multiple threats and budget constraints, London should not delude itself and Brussels should not be in denial. European security will undoubtedly continue relying on NATO, with the UK’s full participation, but there are and will be operations carried out by European forces alone, for instance in Africa or in the Mediterranean. London is hinting at supporting a credible European defense structure and capabilities, as long as they do not amount to a “vanity fair.” In exchange we believe the UK should get a comprehensive and generous offer from the EU to be associated with it, including access to the European Defense Fund and to the EU Defense Industrial Development Program. Confronted with sharper international competition and rising protectionist winds, London and Brussels must get the trade negotiations right, stay clear of “who’s winning” narratives and give themselves a generous transition period to minimize the inevitable bumps in the road.

On foreign policy and defense there is a strong rationale to keep a place for the British at the European table. London will certainly welcome it. It is up to the EU to think outside the box, come up with innovative solutions and address the concerns of those who fear that a decision-making role for the UK may compromise the independence of EU decision making. While diplomats must come up with a mechanism for coordination between London and the EU, the solution need not be a new institutional framework. What matters is to make it work; the EU has everything to gain and nothing to lose from continuing constructive engagement and cooperation with the UK, a permanent member of the UN Security Council. The remaining differences must be solved lest Europe as a whole be weakened – especially at a time when the EU faces unprecedented challenges in international affairs. Europe must address a resurgent Russian military posture to the East, instability and asymmetric threats in the Mediterranean, economic competition from China and other emerging powers, as well as immigration pressures stemming from demography and climate change in Africa and elsewhere. There is serious concern over the resilience of arms control treaties – including the Intermediate Nuclear Forces (INF) – that have been the backbone of European security and stability. In less than one year, the new US administration has made three major decisions that are clearly at odds with European mainstream foreign policy: withdrawing from the Paris climate accord, decertifying the Iranian nuclear agreement (JCPOA) and moving the US Embassy in Israel to Jerusalem. On all of these issues, London and the EU have found themselves squarely on the same side. The EU would benefit from enduring reinforcement from British diplomatic expertise.

In the current state of world disorder and European insecurity, the UK and the EU need each other more now than in the past. Brexit must not be allowed to create a security cleft across the Channel. On either side, Europeans will have common foreign policy interests and face identical security challenges – better to work together as closely as possible.

Sweden and the CSDP: keen on security and reluctant on defence

Anna Wieslander, Director for Northern Europe at the Atlantic Council, argues that the Swedish approach to European defence leans heavily on out-of-area crisis management and civilian emphasis, with a reluctance to discuss the military side of cooperation. 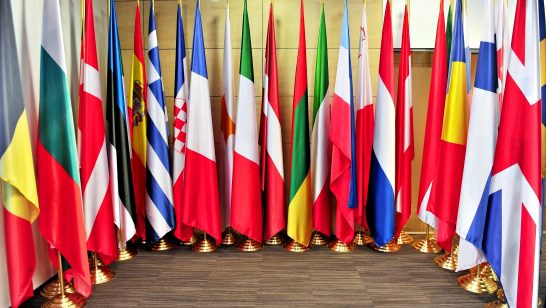 CSDP after Brexit: a narrow window of opportunity

Dr Giovanni Faleg, Consultant for the World Bank, argues that the after Brexit the Common Security and Defence Policy (CSDP) can be enhanced with clear political commitments and an upgraded level of ambition.