Bad news about the state of US-Russia relations is hardly new. Bilateral relations are in a deep and likely enduring crisis, arguably their worst since the early 1980s, if not 1960s. The reflexive postures of Moscow and Washington are adversarial and distrustful on nearly every major international issue, and poisonous domestic politics on both sides appear to exclude any possibility of repairing ties. Most worrying is the return to de facto military confrontation, from Northern Europe to the Middle East, with the very real risk of escalation to an unintended but catastrophic nuclear exchange.

Russians and Americans deeply and fundamentally disagree on a host of major issues. Washington, awaiting the outcome of the Mueller investigation into Russian interference in the 2016 presidential election, continues to experience Russian meddling in everything from social media trolling to real-world cloak and dagger escapades. Russians have fired back with old tropes about US imperialism and hostile NATO encirclement, but also with novelties such as the claim that a US-funded bioweapons lab in the Republic of Georgia killed 73 people.[1] Both sides have embraced sanctions, mutual isolation, and information warfare as if they are cost-free, with the result being that trade and exchanges between the two countries have collapsed.

Disagreements over regional conflicts now extend to a global posture of mutual counterbalancing and containment, reminiscent of the Cold War. Russia’s annexation of Crimea and support for Donbas separatism has become the new dividing line within Europe, with millions displaced, tens of thousands dead, and nearly zero prospect of a peaceful resolution on the horizon. In Syria, Russia has effectively ended US aspirations for a transition from Assad’s bloody regime to electoral democracy, while empowering Iran and its proxies on the border with US ally, Israel. This military intervention has upended the politics and security relations of the Middle East, reviving the half-century-old prospect of “superpower rivalries” in that crucial, explosive and energy-rich region. 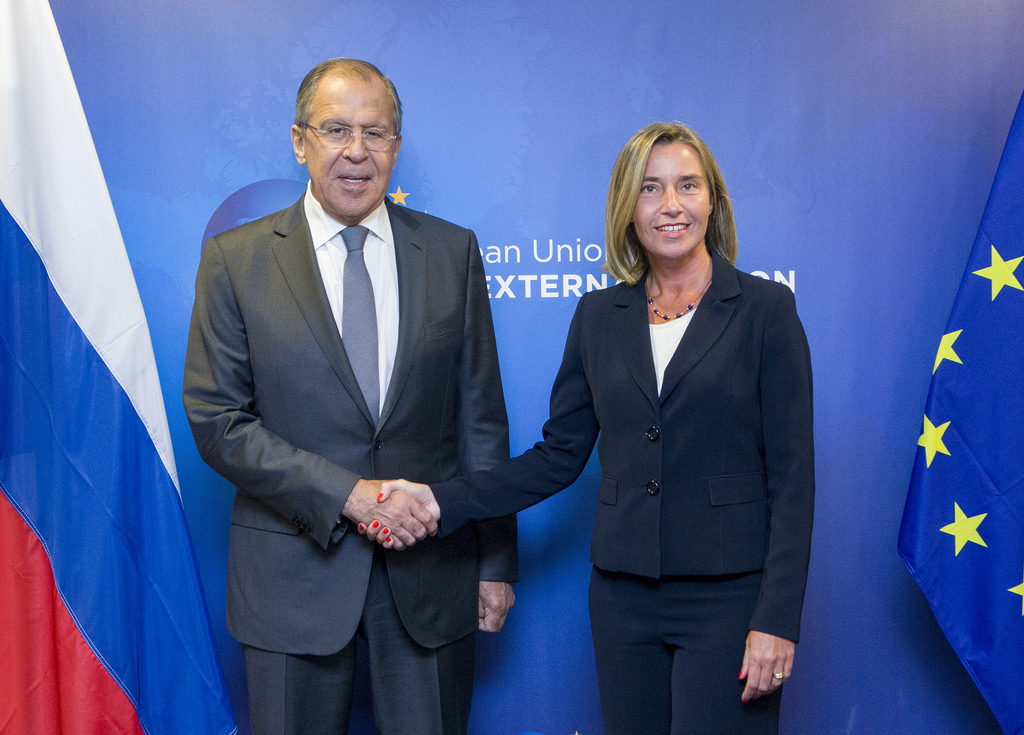 Commentary
“Pro-Russian”? “Anti-Russian”? On the futility of labels


The atmosphere surrounding Russia-US ties even has attributes of a 1950’s-style Red Scare on one side, and a Stalinist hunt for foreign agents and saboteurs on the other. In addition to the US Justice Department’s documented charges against Russian intelligence operatives, dozens if not hundreds of cases of alleged Russian influence operations have been uncovered amid a feeding frenzy of congressional, press, and social media alarm ringing. These have generated lists upon lists of potential sanctions targets, provoking a predictable panic among US and international banks and businesses with exposure to Russian money. Putin’s own crusade to repatriate Russian wealth and expunge foreign backing for Russian NGOs has been underway for years but has hardened to diamond strength under the relentless pressure of US sanctions.

Amid all this hostility, how might the basic infrastructure of US-Russian engagement be restored, and to what end?

While Putin himself may still welcome summit meetings with his American counterpart, he is likely to reject a closer partnership with the West based on his abiding distrust of US intentions. Yet in this reflexive hostility, Putin does not fully represent his 145 million Russian citizens. Trade, travel and exchanges with China may be up, but Russians are overwhelmingly still oriented toward Europe and the United States in their most basic cultural and historical narratives. These deeply felt links with Western civilization are an opening for Russia to re-engage with the Western-led international system if leaders on both sides can find ways to manage the issues that divide them.

There are no easy wins on the US-Russia agenda, which is why up to now the sides have mostly repeated mutual accusations on Ukraine, election interference and other disagreements.  But as long as these disputes foreclose dialogue, opportunities for progress in other areas will be missed.  Consider a handful of such opportunities, which might offer a way forward.

Firstly, on nuclear arms control: Russia poses a non-negligible military threat to NATO allies in Eastern Europe, especially the Baltic States, and so the enhanced forward posture of US and Allied forces in that region is justified as a signal of Alliance solidarity. However, the greatest threat from Russia comes from its nuclear capability—it is the only force able to threaten the total destruction of the United States and Europe, and the risk of nuclear escalation grows with each sabre-rattling gesture on each side. President Trump was thus right to call for renewed arms control negotiations to put a stop to the current arms race. Nuclear arms control efforts between the US and Russia have the added benefit of rebuilding institutionalised channels of communication, giving the Russians a positive stake in more stable overall relations, and signalling to third countries that the world’s two big nuclear powers are serious about risk reduction. This last point is especially important given Washington hopes to build wider international support for its approaches to the Iranian and North Korean nuclear problems.

Commentary
Russia-West relations in the age of fragmentation


Secondly, on broadening the scope and participants of the dialogue: Current US and European sanctions on Russia have undoubtedly had a punishing impact on the Russian economy, but at the same time, opportunities to engage the private sector and technical experts from both countries in solving shared problems have been too often overlooked. For example, Russian and US negotiators have so far tip-toed around vital but difficult topics like setting rules for interstate cyber conflict, countering the rise of radicalization via cyberspace, and increasing transparency and accountability around advanced biotechnology. Private sector actors on both sides would have considerable interest in advancing these dialogues, which might take place within what Trump and Putin called in Helsinki a “working group” of Russian and American business leaders. The surrounding domestic politics are atrocious and sanctions cast a pall over discussions generally, but Washington has enough additional positive and negative arrows in its quiver to seek much more from U.S.-Russia dialogue.

A final missed opportunity, one especially important for the West to signal interest in engagement with the whole of Russia beyond Putin, is the Organisation for Security and Cooperation in Europe (OSCE). The OSCE embodies the values and legacy of the 1975 Helsinki Final Act and the 1990 Charter of Paris – monumental deals that facilitated the Cold War’s peaceful end. Yet the OSCE’s most visible roles today are its election observer missions and special monitoring mission in Ukraine, and the Organisation’s centrepiece, the Permanent Council in Vienna, at which all 57 participating states are represented, has become little more than an echo chamber for mutual recriminations. Now is the time for jump-starting meaningful dialogue between Russians and Americans, with Europeans at the table— on this, a hopeful sign underway in the OSCE’s Structured Dialogue initiative aimed at exploring foundational questions about threat perceptions and conflict resolution.

As a recent speech by Vice President Mike Pence underscored,[2] the US and China appear to be heading for breaking point after only a few years of uncomfortable coexistence as the world’s dominant economies, with China closing in on US military power. The addition of a provoked Beijing to the current dead-end US-Russian conflict is not likely to benefit US, or European, interests.

The window for getting US-Russia relations back on track is closing before our eyes, and missing it may be the definitive end to the relative peace and prosperity of the post-Cold War era.