Estonia, Latvia and Lithuania are probably more secure today than they have ever been in the past 100 years. However, the continued engagement of their Euro – Atlantic partners is vital to meeting regional challenges.

Latvia officially declared independence on 18th November 1918. Conflict prevailed for a while longer. The capital, Rīga, was freed from foreign insurgents in November 1919. Official (de jure) recognition came only in January 1921. These early years saw British, French and other European lives sacrificed on our territory in the cause of freedom.

Survival during the last century has been no mean feat. Freedom was snatched from the young nation in World War II through the nefarious agreement between Stalin and Hitler to divide between them various European countries. Allied victory over Hitler’s Germany in May 1945 left Latvia and other large parts of Europe in the hands of Stalin’s totalitarian Soviet Union for almost half a century.

The regaining of our independence in 1991 through the entirely peaceful “Singing Revolution” marked the beginning of an unparalleled period of peace and security. This was bolstered after we became members of NATO and the EU in 2004.  Rather than a threat to Russia, our accession in fact increased stability on its Western border.

Joining both these organisations anchored our success to Europe’s success. Latvia and our Baltic neighbours have been proud contributors to international security. Our soldiers have died in Iraq and Afghanistan, where they served side by side with Allies defending and investing in freedom.

Despite the prevailing sense of security in the historical context, today there is no room for complacency.

After a decade as members of NATO and the EU, security in our region and beyond suffered a blow with the disruption to the norms and European order that had existed since the 1990s. Russia’s 2014 illegal annexation of Ukrainian territory in Crimea and military attack on Eastern Ukraine led the Euro-Atlantic community to recognize that the actions of an aggressively assertive and unpredictable Russia necessitated a response.

In addition, terrorist attacks in a number of European countries and the emergence of a migration/refugee crisis, have fundamentally affected European security over the last couple of years. Uncertainty has increased because of Brexit and the election of Donald Trump as President of the USA. Combined with the rapidly evolving threats posed by hybrid warfare (cyber-attacks, information war, etc.) and challenges to the existing nuclear weapons control regime, the sense of vulnerability has grown amongst Latvia’s population and those living elsewhere in Europe.

Euro-Atlantic unity needs to prevail in particular in policy towards Russia. The response since 2014 has been robust and united. Sanctions have held, whilst being linked to progress on implementation of the Minsk Agreements. Dialogue with Russia and the search for solutions should continue in parallel through the Normandy, OSCE or UN formats. Despite calls for increased dialogue at all levels, Russia needs to re-earn the trust of its partners that makes such a dialogue productive by sticking to agreements already on the table.

At the same time, below the radar dialogue with Russia should continue to be actively pursued whilst acknowledging that a solution to restoring relations remains directly linked to Ukraine.

NATO’s deterrence, bolstered by an enhanced presence of partner troops on the Alliance’s Eastern flank during 2017, should be fortified throughout the region by providing deterrence by denial. This means keeping Allies focused on addressing air and sea capability shortfalls which could be exploited by a potential aggressor. Air defence needs to be added to the existing air policing support.

The concept of creating a regional “Military Schengen” zone in the Baltics should be actively pursued to help ensure the speedy movement of troops and equipment. This is particularly pertinent to the strategy of re-enforcement, where time can be of the essence.

Retaining US engagement in Europe through NATO remains essential. This includes heeding US calls about European burden sharing – something all Eastern flank countries have done. This year will see all three Baltic countries and Poland contributing 2% or more of their GDP to defence.

No less important will be ensuring that the defence and security strengths of the United Kingdom remain fully utilised in Europe, whatever the outcome of Brexit. A positive model is the UK’s framework nation role in Estonia where their troops lead NATO’s Enhanced Forward Presence.

EU defence and security enhancement through recently established ´Permanent Structured Cooperation´ and other measures should avoid duplication or competition with NATO. Positive cooperation between the two organisations developed over the last couple of years should prevail.

Local expertise developed within Latvia, Estonia and Lithuania should be fully utilised by Euro-Atlantic partners. This applies not only to expertise on Russia, but also to niche capabilities developed in areas such as strategic communications, cyber warfare and energy security.

Societies should remain vigilant about attacks on our democratic systems. Interference by third parties in the US Presidential elections and elsewhere by the manipulation of social networks (and other measures) illustrate that our open democracies should constantly monitor and try to prevent such attacks.

Even though some perceive our security interests to be uniquely regional, Latvia, Estonia and Lithuania will continue to have a broad view on defence and security issues. This will involve engagement in ongoing European projects, but with collective defence through NATO remaining at the core of defence policy.

Our turbulent history over the last century has been intrinsically linked to European and other allies. Today, a strong NATO with solid Transatlantic links and an international legal framework based on previously accepted norms will help guarantee the region’s security through the next Century. 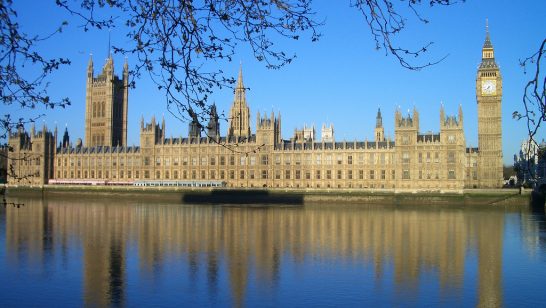 Sweden and the CSDP: keen on security and reluctant on defence

Anna Wieslander, Director for Northern Europe at the Atlantic Council, argues that the Swedish approach to European defence leans heavily on out-of-area crisis management and civilian emphasis, with a reluctance to discuss the military side of cooperation.