Britain, as everyone knows, voted to leave the EU on 23 June this year. Since that day, the EU27 have clearly come to see defence as an area where progress can be made following the departure of their awkward offshore partner. Such hopes are almost certainly misplaced. Brexit will neither strengthen, nor obviously weaken, the Common Security and Defence Policy. It may, however, reduce the UK’s ability to contribute to European security more broadly.

Brexit has triggered a wave of CSDP-related initiatives. The Monday following the referendum, the French and German Foreign Ministers produced a joint contribution arguing in favour of a ‘European Security Compact.’ Annual European Council meetings should, they argued, be rebranded a ‘European Security Council’ to address the security and defence issues facing the EU. They also renewed their calls for the creation of a permanent EU chain of command. The following month, German Defence Minister, Ursula von der Leyen, launched Germany’s new Defence White Paper, calling for greater integration of EU military capabilities and defence industries. More recently still, the European Commission and European Defence Agency announced that they were planning to launch a preparatory action on CSDP-related research as a means of beefing up European military capabilities.

Von der Leyen argued, when launching the German defence white paper, that Britain had ‘paralysed’ the EU when it came to foreign and security policy. She is not the only one to assume that, absent this malign influence, real progress might be possible.

Yet the notion that the lack of progress with CSDP has been down to British obstructionism is appealing, but largely misleading. Certainly, London has, since the ‘Chocolate summit’ of 2003, vetoed the creation of an EU Headquarters. And it is conceivable that such an institution might enhance EU military effectiveness. Equally, the absence of a British veto may allow for more adequate funding for the European Defence Agency.

But institutional tinkering is not the answer to the major shortcomings of CSDP that have conspired to hamper its effectiveness. These can be attributed largely to what we might label a chronic absence of political will on the part of member states. This in turn can be disaggregated into several inter-related phenomena.

First, the EU27 vary tremendously in terms of their appetite for using military force. For all the obvious enthusiasm of Germany for a rejuvenated CSDP, Berlin has never shared the enthusiasm of Paris when it comes to global deployment of force. Second, member states remain somewhat parochial in terms of their approach to security. Not only are many of them firmly focussed on regional rather than global concerns, but there remains a tendency for them to focus on their own priorities rather than seeing threats to one as threats to all. Whilst the southern states are preoccupied with events in the Middle East and sub-Saharan Africa, their Eastern partners remain obsessed with the threat from Moscow.

Third, a lack of political will is reflected in a concomitant failure to invest adequately in military resources. This itself involves not merely insufficient resources committed to defence, but also a reluctance to take difficult decisions to cut redundant capacity rather than to protect inefficient aspects of domestic arms production.

All of which implies that, even absent Britain, plenty of constraints will continue to hamstring attempts to resuscitate the EU’s faltering defence policy. Indeed, it is hard to avoid the impression that, just as in several other areas of EU activities, British obstructionism has served as a handy alibi for other member states, using London as a scapegoat to blame for their own inadequacies.

Not that British absence from CSDP will necessarily prove to be a huge blow. London has increasingly stood aside from EU defence initiatives, and its contributions to EU missions has been token at best. Moreover, because defence policy is not an area of EU activity falling under the scope of EU law, flexible ways of ensuring the continued participation of the UK in CSDP activities will be easier to come up with than, say, partial membership of the single market.

Yet, whilst British absence from the formal decision making structures of CSDP will not, in and of itself, necessarily make that much difference, it is quite possible that leaving the EU will impact negatively on any contribution that the UK can make towards European security more broadly. The devaluation of the pound has already had a negative impact on procurement policy. Equally, any post-Brexit economic shock, of the kind most economists still feel to be inevitable, will further constrain the ability of Britain to invest in defence.

Finally, whilst it is all too possible that one implication of Brexit is to make Britain adopt a more activist foreign policy (if only to reassure its partners on that score), its institutional position as a key bridge between the Atlantic and European worlds might well be threatened. It is hard, for instance, to see how London can continue to claim as of right the role of D-SACEUR in leading EU missions once it has left the EU.

In sum, the implications of Brexit for CSDP are neither as positive nor as damaging as many have tried to claim. The EU will doubtless continue to stumble on inchoately even absent London’s presence, whilst there seems no reason to assume that Brexit offers any real opportunity for an effective relaunch. And whilst the UK and EU will doubtless find ways to continue to work together, it is the broader ability of one of the continent’s two most effective military powers to continue to behave as such that should be the source of anxiety. 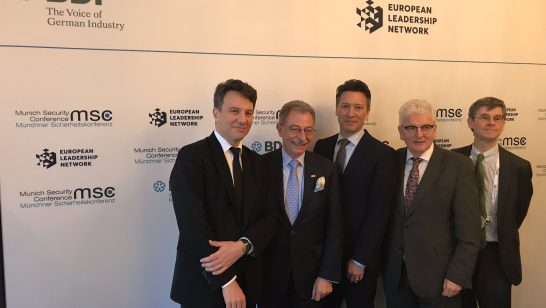 The ELN partnered with the Federation of German Industries (BDI) to host a high-level roundtable on European defence at the 2019 Munich Security Conference.

France and the Ukraine Crisis: A Delicate Balancing Act

Bruno Tertrais outlines France’s role and challenges in the current crisis in Ukraine. 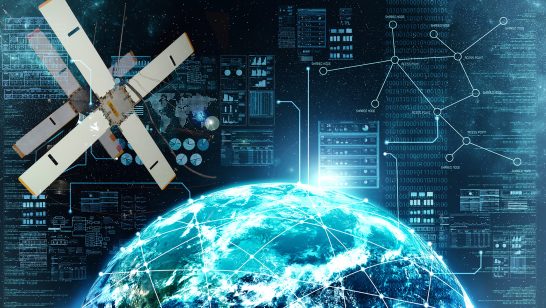 Beyond the Hype: The EU and the AI Global ‘Arms Race’

The EU could play a significant role in shifting the AI debate by putting forward frameworks for the responsible design and governance of AI in Europe and the world, thus potentially mitigating great power competition.