The dissection of the personality, experience, political skills and policy preferences of the EU’s High Representative for Foreign and Security Policy has become something of a cottage industry amongst commentators. Catherine Ashton was a foreign policy novice, Frederica Mogherini is too young; both, apparently, lack ‘stature.’ Hardly surprising, according to such analyses, that the EU fails to ‘punch its weight’ in international affairs.

Above and beyond the unfortunate, but all too predictable, traces of misogyny that have characterised many accounts, this obsession with detailed character analyses of the individual at the pinnacle of EU foreign policy structures serves another, perhaps more insidious, function. The focus on personalities in Brussels rather misses the point about the shortcomings of EU foreign and security policies. To put it bluntly, it lets the member states who control those policies off the hook.

That the EU’s role in world politics often falls short of expectations is hardly open to question. Europeans failed to anticipate Russian intervention in Ukraine, and have subsequently struggled to formulate timely and effective collective responses to it. To the south, the EU has been a spectator as the hopes that briefly flowered at the time of the Arab spring have been dashed. Further afield, Europeans have largely left it to the United States to protect the liberal rules based international order on which they all depend for their continued prosperity.

EU foreign and security policies suffer from a number of shortcomings. They tend to be technical, long term and programmatic in nature, and have thus struggled to cope with unpredictable crises to the east and south. Such geostrategic awareness as the Union possesses is largely limited to its own neighbourhood. A focus on economic issues has made it at best peripheral when it comes to security and geopolitics in Asia. In the area of defence, chronic capability shortfalls have been the result of the fragmentation of efforts between 28 national defence policies.

The common thread linking these various weaknesses is that their root causes are national rather than emanating from Brussels. Strategic leadership must be provided by member states, but they have too often failed to deliver. A desperate competition for comparative advantage between them has hampered attempts to adopt a more united stance in Europe’s dealings with Asian states. The European Defence Agency can hardly be held responsible for the failure of the member states that control it to engage in the kinds of pooling and sharing of military equipment that is all too necessary in an era of shrinking budgets and renewed threats. Meanwhile, the pursuit of narrow national, over broader European, interests has slowed reactions to crises in the southern and eastern neighborhoods.

Don’t misunderstand me here. I’m not for a moment claiming that the foreign policy structures in place in Brussels are optimal. Far from it. The programmatic approach to foreign policy inherited from DC RELEX in the European Commission is hardly adapted to the needs of geostrategic nimbleness. Administrative separation between the External Action Service and key elements of foreign policy- notably the neighbourhood – makes no sense at all. Meanwhile, the plethora of Presidents with external representative functions would risk overloading Dr Kissinger’s sim card.

Yet whilst these institutional and organizational peculiarities contribute to the EU’s international ineffectiveness, they are not, in and of themselves, primarily responsible for it. The keys to greater effectiveness lie in national capitals. Unless and until national governments prove willing to work together with partners in the pursuit of common European interests, the Union will continue to stutter in its international dealings.

It is in this context that debates about the High Representative should be placed. Certainly, the first appointments to the post have been made on the basis of a variety of factors that have had little if anything to do with foreign policy competence. Yet absent support from national capitals, no one could carry out the task effectively. Numerous observers and, indeed, some member states were quick to criticize Catherine Ashton for failing to be more assertive and provide leadership for EU foreign policy. Yet many of those same states would be the first to complain had she taken initiatives that did not meet their approval. Little wonder, then, that she tended to carry out consultations with national capitals before acting, spawning delayed reactions and inadequate responses.

As it turns out, and perhaps more through good luck than good management, the member states found in Catherine Ashton an individual who proved remarkably effective at working within the tight constraints they set. An assiduous and tireless negotiator, she managed to sustain negotiations with Iran and to keep the Serbs and Kosovars at the table. By nature disinclined to seek the media spotlight, she was a HR who allowed member states to hog the limelight, which is where their Foreign Ministers generally prefer to be.

Yet Baroness Ashton was allowed the freedom to work only on those few issues where member states were happy to defer to her. The High Representative, in short, can only be as effective as she is allowed to be. Whatever her personal characteristics, whatever her experience, her ability to perform her job will be dictated to a large extent by the willingness of member states to allow her to do so. If the EU is really ever to ‘punch its weight’ in world politics, these states will have to learn to place more trust – and more authority – in her. 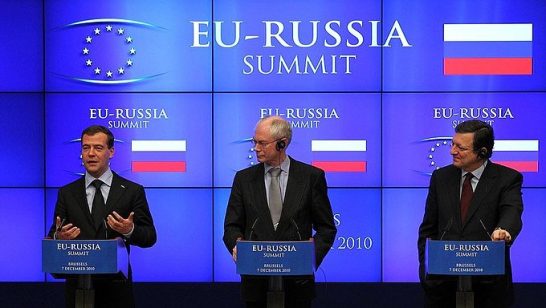 Ian Kearns warns that President Obama’s decision to cancel next month’s summit with Vladimir Putin must not lead to a total break in relations.