Leading up to and following the 2016 NATO Summit in Warsaw the European Leadership Network commissioned several expert commentaries on the most pressing issues facing NATO and its partners. Below are the most recent additions to this series, encompassing highly qualified analysis from ELN members from across Europe.

NATO-Russia Post-Warsaw Summit: Towards A Conversation that Matters?

Isabelle Francois examines the forms of dialogue available to NATO and Russia following the Warsaw Summit.

After the Warsaw Summit: What Is NATO Ready For?

Olivier de France argues that NATO should now try to build a more realistic understanding of readiness, which more reliably covers what it means to be ready to use force to reach a calculated, positive impact.

After the Summit, will the Russian bear roar or whimper?

Lukasz Kulesa writes that both NATO and Russia must be careful not to misinterpret each other’s actions following the NATO Summit in Warsaw, with any miscalculation based on perceived aggression or weakness set to worsen the confrontation.

Denitsa Raynova argues that NATO’s response to Russian actions in the Black Sea must balance responsiveness to the concerns of regional allies with proportionality and restraint.

John McColl, former NATO Deputy SACEUR, argues that prioritising NATO’s multiplicity of threats, including from Russia and the Middle East, as well as managing the commitment to Afghanistan, will be the biggest challenge of the 2016 Warsaw Summit.

Ahead of the Warsaw Summit Klaus Naumann, former Chief of Staff of the Bundeswehr, outlines three measures to strengthen NATO cohesion and revitalise the alliance to face modern threats. These measures include the re-adoption of a dual deterrence and dialogue approach with Russia; a renewed focus on the Southern flank, and a renewed commitment to Article 4 of the Atlantic Treaty.

While officially Tbilisi continues to insist that it be granted a Membership Action Plan in Warsaw, Tedo Japaridze, Georgian Member of Parliament and Chairman of the Foreign Relations Committee, argues in the first of this ELN commentary series that this is not a realistic proposition. Instead Japaridze makes the case that existing and planned Georgia-NATO cooperative activities remain a net contributor to national and regional security until such time as full membership becomes a real possibility.

Planning for Warsaw, waiting for the next US President

Former French Defence Minister Paul Quilès argues that while a momentous policy shift is not possible until a new American President is elected, NATO can and must make some important changes in Warsaw, including holding both sides to account through the Minsk framework in Ukraine.

The Future of Relations between Russia and the West 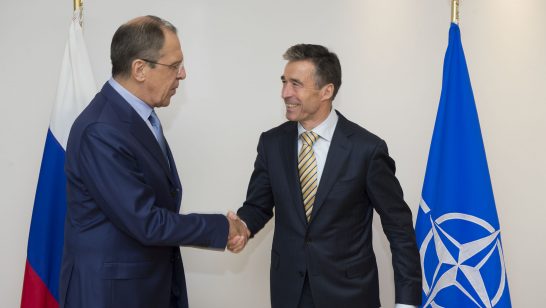 Report of a meeting of the ELN on the theme of the NATO Deterrence and Defence Posture after Lisbon, held in London on January 2011.