One would think that the European Neighborhood Policy (ENP) was a discredited instrument in the EU’s toolbox after its apparent failure in both the Eastern and the Southern neighborhood.

But even after failing to achieve any of its stated ambitions either in the Arab world after the region’s uprisings or in the post-Soviet space of Eastern Europe, the ENP is still the only tool the EU has for dealing with its immediate surroundings. Outside short-term crisis management, the EU has no other long-term program that it could invoke. No other program stands ready that is funded, rests on a basic agreement among the 28 member states, and offers at least a faint perspective of success.

But apart from being the only show in town, the ENP is backed up by two other arguments. First, the policy was taken seriously enough to instill mortal fear in both Russian President Vladimir Putin and former Ukrainian president Viktor Yanukovych. Second, the ENP motivated tens of thousands of Ukrainians to demonstrate in the depth of winter for a less corrupt and more Western Ukraine. Even the mismanaged offer of a relatively weak instrument, the EU’s association agreement, had enough transformative power to change the region’s political landscape, albeit in an unforeseen and largely unguided manner.

No wonder, then, that European leaders are frantically trying to improve and revamp especially the Eastern Partnership pillar of the ENP in the aftermath of Ukraine’s revolution and Russia’s annexation of Crimea. It is still early days, but from what can be seen, EU leaders are taking these steps in full awareness of what led the ENP into trouble in the first place.

The main reason for the ENP’s failure was the blatant absence of political steering of a hugely important geopolitical project. The EU played the big game in its neighborhood by assigning tasks to the European Commission and then basically forgetting about the region at the highest political level. The result was a technocratic approach to a political challenge that warranted permanent strategic oversight and diplomatic guidance by prime ministers and chief diplomats. But this guidance was only given again after things turned sour.

In the Southern neighborhood, the EU initially looked quite smart in its response to the Arab Spring. In early 2011, the EU announced its “three Ms” approach to the region, offering market access, mobility, and large sums of money to changing societies in the Arab world. This could have been a truly transformative policy, had it been implemented. It offered all the right things to countries that needed quick and massive assistance after the tumultuous initial phase of the uprisings. Only, the EU never kept its promise. None of the three Ms was ever really offered. The EU could not bring itself to embark on an adventure this large and this untested. Its approach remained piecemeal and thus failed to have a positive impact.

In the East, the problem was not size but a lack of sensitivity. The EU embarked on a mission to draw post-Soviet societies closer to the West by offering them trade deals and assistance in reforming their economies and systems of governance. This was supposed to apply to places as diverse as Belarus, Ukraine, Georgia, Armenia, Azerbaijan, and Moldova. But the EU relied too much on its trusted technical procedures and forgot that it was meddling in a very volatile neighborhood. It did a lousy job of explaining its policies to an audience that was at least partly skeptical, and it underestimated how much of a threat its policies posed to a Russian elite obsessed with fears of Western encirclement.

To be sure, Russia itself had long underestimated the EU’s policies, and it had ignored EU invitations at various EU-Russia summits to discuss the ENP’s role in the region. When both sides woke up, the issue had taken on a dynamic of its own. What was meant to be a guided, smooth, long-term process of incremental change through reform turned into revolution and annexation.

Based on what has become visible over the last few weeks, European leaders have now understood this problem. The joint statement on March 31 by the three foreign ministers of the “Weimar Triangle” (France, Germany, and Poland) oozes with lessons learned. Unsurprisingly, the statement confirmed that the ENP would still be the EU’s instrument of choice, albeit in a modified way. On the surface, the most important sentence in the document is one that tries to take the “us or them” rhetoric out of the ENP. This had involuntarily (or stupidly) crept into the language in the course of the negotiations on Ukraine’s association agreement and had turned out to be an easy target for Russian propaganda and internal criticism.

But in reality, the Weimar statement is something else: a declaration by three of the EU’s most important foreign ministers that from now on, the ENP will no longer be conducted without political guidance from the top. It was also a not-so-subtle reminder to the European Commission of who would henceforth be in charge of this sensitive dossier.

Of course, this does not mean that the ENP is saved—or that EU will now be more effective in Ukraine. It will take more than three foreign ministers for the EU to get it right this time, and it will take long-term determination not to let the policy slip again. But with some serious reforms on both the technical side of the ENP, where ideas to improve it abound, and the political side, where initial positive signs are emerging, the EU’s only tool for its neighborhood could turn out to be a good tool, too.

Following the Newport Summit last week, Selçuk Çolakoğlu sheds light on Turkey’s approach to the key challenges before the Alliance. 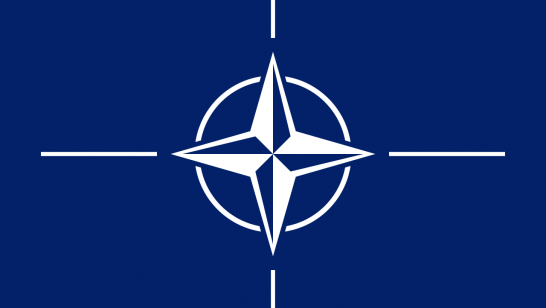 The European Leadership Network, in conjunction with NATO and the UK Foreign and Commonwealth Office, hosted a high-level private meeting to discuss NATO-Russia relations.