Seventy years after the very first UN resolution of which one of the key measures was to “eliminate atomic weapons from national weapons”, a consultation process led by the Open-Ended Working Group (OEWG) within the UN General Assembly’s Disarmament and International Security Committee led to the Committee adopting Resolution L41 by 123 of 193 UN Member States.

Sixteen countries abstained. Thirty eight voted against, including France and the United Kingdom. This resolution provided for the organisation of a United Nations conference with the aim of “negotiating a legally binding instrument to prohibit nuclear weapons, leading towards their total elimination”.

On this occasion, France spoke on behalf of the United Kingdom and the United States to reiterate the fear “that prohibiting nuclear weapons risks weakening the examination process for the NPT making consensus impossible, thus creating a less secure world”

However, none of the countries voting in favor of this resolution questioned the NPT. On the contrary, these countries believed that adopting the treaty to ban nuclear weapons would complete and strengthen the nuclear disarmament and non-proliferation process – as is the case with the CTBT. Consequently, the arguments and fears that the process would destroy the NTP were unjustified and unfounded.

In addition, this debate which pits against each other the partisans and adversaries of such a resolution needs to be placed in the strategic context which is evolving before us. Some changes which have created new strategic pressure points include several new political and strategic divisions, including with major nuclear players, the increased complexity of a world which is both global and local, and the sudden arrival of new strategic players.

In this new context, nuclear weapons are, more than ever before, a major issue and a symbol of power. By refusing to question their nuclear status and respect the commitment to disarm, as detailed in Article VI of the NTP, the Nuclear States that are signatories to the NTP (with the exception of China), are in fact encouraging proliferation.

Nuclear weapons are becoming a factor for instability and are a direct threat to global security. Moreover, they are also provoking the resentment of a very large majority of States who have voluntarily chosen not to arm themselves with nuclear weapons in exchange for a commitment from the five Nuclear Weapon States recognized by the NTP to get rid of their nuclear weapons in the long term.

Thus, the realistic assessment of the world at the beginning of the 21st century and the new global strategic alliances which will govern it, should incite the Nuclear Weapon States to become conscious of the increasing threat that nuclear weapons pose to their security and global security and to respect first and foremost their commitment to removing their nuclear weapons.

The United Kingdom and France have an important role to play in this regard. Their proximity in terms of volume of nuclear forces and geostrategy, notably their position in Europe, gives them (despite Brexit) particular responsibility among Nuclear Weapon States. What is more, the Lancaster House Agreements solidify a political and technological link in the nuclear weapon field which makes these two countries even closer allies.

Our two countries, if they wish for the NPT to continue to operate, must promote a process of multilateral disarmament. Far from putting the NPT into decline, this process would have the primary consequence of strengthening it. This is particularly true in the current context of a new nuclear arms race between the nine states with nuclear weapons.

Committing to a progressive and controlled multilateral nuclear disarmament process, like the one that has been achieved for chemical and bacteriological weapons, would reduce strategic pressures and remove the nuclear threat which is so destructive for humanity.

Faced with an increase in strategic tensions and the risk of spiraling conflict, particularly in Europe, our two nations, key players in European security, should support a treaty whose implementation would prevent nuclear conflict from breaking out, including on the European soil.

Finally, France and the United Kingdom, two of the great powers who have dominated the world for centuries and who have thus the responsibility and mission to promote the values of liberty and equality, must listen to the voices of those countries who wish to live without a direct or indirect threat of a nuclear attack. These countries who have chosen not to acquire nuclear weapons want those who are already armed with nuclear weapons to respect their commitments and proceed with the total removal of their nuclear weapons.

According to the process started by Resolution 41, “a conference open to all States” should be called in 2017, following the last vote of the UN General Assembly in December this year, “with the participation and contribution of international organizations and civil society, in order to negotiate a legally binding instrument to prohibit nuclear weapons, leading towards their total elimination”.

For all of these reasons, France and the United Kingdom, mindful of their commitments and responsible for the collective security in Europe, must participate in such negotiations and not oppose the adoption of a treaty prohibiting nuclear weapons. 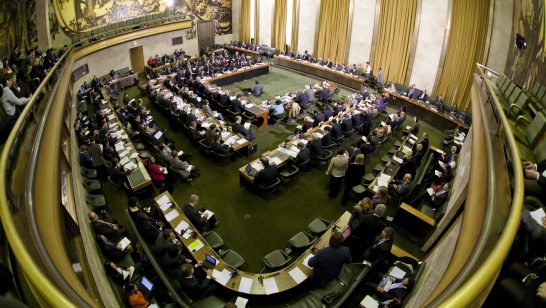 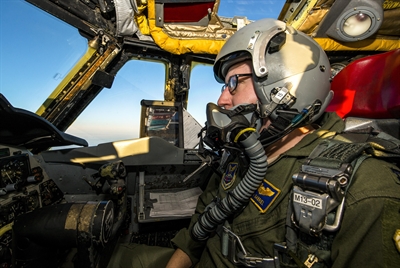