The last few years were marked by a devastating pandemic, cataclysmic climate-related events, modernisation of stockpiles coupled with renewed hostile language on nuclear arsenal and silent but damaging warfare conducted in the virtual space. With the continued and impressive advancement in science and technology, humanity can certainly reverse the course of our dangerous behaviour, which is, first and foremost to the detriment of the survival of our species. Yet, we seem to be lacking certain ingredients to make a future scenario for humanity one of sustainable, equitable and resilient wellbeing.

The Covid-19 pandemic uprooted our understanding of security. It also forced us to rethink the metrics by which we gauged our wellbeing and preparedness to handle emerging risks. Neither developed nor developing countries were spared as the coronavirus took human lives and hurt economies across the globe. Although 20 months into the pandemic, the debate continues  as to whether the virus was a laboratory leak or an animal-to-human transmission, there nevertheless has been a definitive conclusion by the US intelligence community that the virus ‘was not developed as a biological weapon.’ Mammals and birds alone are thought to host 1.7 million undiscovered viruses, not including fungi and bacterial pathogens. While the scientific community has sounded the alarm about the detriments of wildlife extinction and habitat destruction, linking habitat loss directly to potential zoonotic transfers of wildlife pathogens to humans, their message received little attention until the global community faced Covid-19.

So as scientists are left with the gargantuan task of researching and documenting these viruses and developing preventative mechanisms for the transfer of pathogens from animals to humans, policymakers must rethink how to continue running our economies without devastating our biosphere.

Moving forward from the shocks of the pandemic, as we attempt to ‘build back better’ it is paramount that we re-examine and expand the scope of our understanding of human security. This should reflect existing risks, such as the potential of nuclear war, as well as understanding rapidly emerging risks, such as the collapse of the biosphere and technological disruption.

Moving forward from the shocks of the pandemic, as we attempt to build back better it is paramount that we re-examine and expand the scope of our understanding of human security. Irina Ghaplanyan

Next week, thousands of delegates from every corner of the world will convene in Glasgow at the 2021 United Nations Climate Change Conference (COP26) to negotiate commitments under the Paris Agreement and in the framework of the United Nations Framework Convention on Climate Change (UNFCCC). The 26th conference of parties (COP) under the UNFCCC represents a pivotal moment in the global effort to avert the worst effects of climate change and has been a much-awaited meeting, considering its delay from 2020 to 2021. It is also much-awaited because 2020 was the year set to start not only global and ambitious climate action (with an annual target of at least 7% reduction of global greenhouse gas emissions), but also for mobilising and unlocking access to climate finance – the promised USD 100 billion annually starting from 2020.

However, as countries prepare to convene, it is becoming more and more evident that governments are dangerously off track to meet their Paris Agreement commitments, and the ambition needed to cap global warming at 1.5 degrees is significantly lacking. The Glasgow summit will be one important testing ground to assess global leadership’s ability to unite and meet the urgent challenge of the climate crisis. But more importantly, it will also tell us how effective, if at all, the models of the international fora and global negotiations are at assessing, presenting, negotiating and agreeing around not only the risks, but also the solutions, to global security and fundamentally the existence of humankind.

In many respects this is reminiscent of the negotiations of key stakeholders over the future of nuclear weapons and the potential of nuclear war. In the most recent meeting in June 2021 between US President Joe Biden and Russia’s Vladimir Putin, the two sides released a statement reaffirming the 1985 Gorbachev-Reagan statement that “Nuclear war cannot be won and must never be fought.” Yet this fundamental truth is followed either by counter-action – modernisation of nuclear stockpiles, thereby perpetuating the existing risks by another 50-100 years – or by insufficient action. This is similar to statements made in the framework of climate negotiations which are usually followed by a fraction of what is required in order to prevent irreversible damage to the planet.

The inaction over, and the continuous threat of, the potential of nuclear war is further exacerbated by the rapid development of cyber warfare. It is a war that has already begun, and its dimension and scale is beyond any conventional confrontation that humanity has ever faced. From meddling in elections of sovereign states -fundamentally undermining the very core institution of democracy – to cyber-attacks on civilian infrastructures, it is only a matter of time before cyber intrusion makes its way into the nuclear command and control – perhaps the most sensitive infrastructure in the world when it comes to security.

As the intensity and scale of cyber intrusions increase, so do the measures and scale of cyber security now turning to the adoption of disruptive technologies, such as artificial intelligence (AI), IoT and machine learning. However, while the adoption of these technologies is increasing the resilience of conventional and cyber security, it is also making it fundamentally vulnerable in cases where these emerging technologies are employed for security breaches.

The evidence-based and conscious understanding by the world’s leaders that through inaction on all these security risks they are engaging in a process of collective suicide. Irina Ghaplanyan

Pandemics, climate crisis, nuclear war and technological disruption have many general yet two definitive things in common. First, the evidence-based and conscious understanding by the world’s leaders that through inaction on all these security risks they are engaging in a process of collective suicide. Collective because these security risks are inherently global and know no borders, nationalities or political affiliations. Second, although the conventional international legal and policy instruments, from treaties (from the Paris Agreement to SALT) to norms, arguably could be considered insufficient, yet in the face of the transformed and emerging security risks they currently remain the only apparatus the global community has to hold each other accountable.

What will make a difference in accelerating action on pandemic prevention, climate disruption, nuclear threat and technological disruption is, first of all, the re-evaluation of metrics by which we measure human security, thereby arming ourselves with a broader and more interdisciplinary understanding of human wellbeing.

Secondly, the existing instruments for addressing these challenges must be improved as well as complemented by new solutions. The systems and institutions we employ in tackling these challenges are unfit to take on the task of mitigating and eliminating these risks. In the concluding remarks of the UK government’s commissioned report on “Economics of Biodiversity,” Professor Dasgupta and the team recommend four primary directions in ensuring that continued economic progress and human livelihood can sustainably coexist within the planetary boundaries of our earth systems. These included reforming global and domestic institutions and reforming the global financial system to account for planetary boundaries.

Third, non-traditional stakeholders must be more engaged and more accountable. This could include: strategic engagement of the private sector to cut carbon emissions; commitments on the sub-national level (e.g. California’s ambitious GHG reduction strategy) to mitigate global warming; prosecution of governments by other governments or local communities for inaction on climate change (there are already several ongoing cases); increased public pressure on the reduction of nuclear arsenal; and despite the push-back, continuation of negotiations on the Treaty on the Prohibition of Nuclear Weapons, as well as improved international and domestic regulatory frameworks on cyber security.

These interconnected, equally daunting and increasingly imminent threats to human security warrant an inductive approach from our global leadership to reassess how we run our economies and protect our communities. From rewiring the way we approach security, to changing metrics and fundamentally reforming our institutions, we must start acting without any further delay. 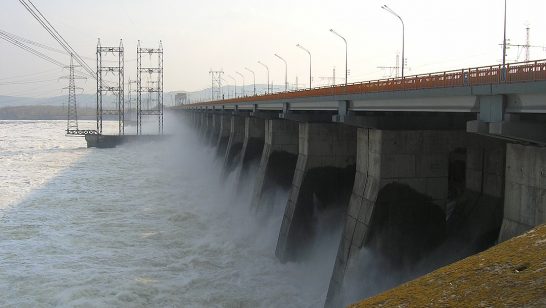 What are the prospects for an EU-Russian climate partnership?

As COP26 gets underway next week, Tatiana Romanova writes that an EU-Russia climate partnership depends on both the EU prioritising selective engagement over resilience, and on Russia turning rhetoric into reality. A climate partnership may not change the tone of Russia-West relations but it can help build trust.