Many members of the nuclear policy community feared that the 2015 Non-Proliferation Treaty Review Conference would end in failure. On 22 May, they were proven correct. Held every five years, Review Conferences are intended to assess progress in implementing the Treaty and recommend, by consensus, methods for improving it. From the outset of this year’s Conference in New York it was clear that States Party would find it difficult to work together on either of these tasks. A consensus final document, the traditional but over-simplified measure of success for these meetings, seemed like a long shot. While the death blow for the Conference was delivered by the US, UK and Canada, who objected to Egypt’s stance on a WMD-Free Zone in the Middle East, dissatisfaction with other parts of the draft final document was rife. Fuelled by frustration with the Conference outcome and the behaviour of certain states, coalitions of the willing now appear intent on charging ahead with their proposals in other forums.

The initiative to create a WMD-Free Zone in the Middle East has been a feature of the NPT debate for decades. The 1995 NPT Review Conference passed a resolution on the Middle East calling for ‘the establishment of an effectively verifiable Middle East zone free of weapons of mass destruction, nuclear, chemical and biological, and their delivery systems’. Championed by Egypt, the resolution has yet to be implemented, largely as a result of the security situation in the region. In 2010, the Review Conference decided that a facilitator should be nominated to organise a conference which would discuss the creation of a Zone and would be ‘attended by all states in the Middle East’. The subsequently nominated Finnish coordinator, Ambassador Jaako Laajava, was given a deadline of 2012 to hold the event. Despite his best efforts, the deadline passed and no conference was held.

Corralling states in the Middle East – which includes countries with ongoing civil wars, chemical or biological weapons capabilities, and a nuclear-armed Israel – to pursue regional disarmament in a time of heightened conflict is a difficult errand. Some might even say impossible. Egypt clearly does not agree. It arrived in New York determined to sack Ambassador Laajava and transfer the facilitating role to the UN Secretary-General. Furthermore, it sought to place more responsibility for any failure to hold a conference on the initial co-sponsors of the 1995 resolution — the US, UK, and Russia – while appearing to suggest they should scale back their meddling in the process of agreeing an agenda. This did not sit comfortably with the co-sponsors, especially given the new, but equally arbitrary deadline of 1 March 2016 included in the final draft.

While the language in the final draft mentioned a role for the co-sponsors in the facilitation process, it left two significant questions unanswered: whether a conference could be held without Israel if the co-sponsors and UN Secretariat again struggled to secure their attendance; and whether the co-sponsors would have any say in the Conference agenda. In contrast to 2010 language, rather than specifying which states would be required to attend, this edition only specified who would be invited – a change supported by the entire Arab League.

Israel has traditionally taken the view that WMD arms control can only proceed if regional security improves first. Some of the co-sponsors (in addition to states such as Canada) are sympathetic to this view, and in the absence of language necessitating the attendance of all countries in the Middle East, at least wished to have a role in agenda-setting. Without a formal agenda-setting role, Washington was effectively being asked to take the blame if it did not get Israel to the table in the next nine months (a task that could have injected a new irritant into the already rocky US-Israel relationship), but at the same time was given no way to shape an agenda that would be agreeable to Jerusalem.

Ultimately, it was these issues that led the US, UK, and Canada to conclude that no agreement on the proposed Review Conference final document could be found.

The WMD-Free Zone issue may have been the coup de grâce, but the conference was already suffering. Proponents of the so-called humanitarian initiative were widely dissatisfied with the draft final document. Throughout the weeks of the Review Conference, many of the initiative’s over 150 non-nuclear weapon state supporters insisted that the humanitarian initiative should be encouraged, that new information had been unearthed through the conferences, that this information demonstrated heightened risk of nuclear use, and that it necessitated policy change. France pushed back loudly and firmly on all of these points. The US, UK, Russia, and China were similarly unwilling to accept conclusions that its nuclear forces were more dangerous than previously believed.

Consequently, the quest to find mutually agreeable language between warring fronts resulted in a multitude of bland pronouncements on disarmament. The only two concrete, substantive actions outlined were: firstly, that nuclear weapon states would report twice in the next five years on their disarmament progress; and secondly, that a consensus-based open-ended working group on disarmament would be created to discuss disagreements further. Because of this, the document was argued to be the embodiment of NWS intransigence.

In light of the above, it is unclear whether Conference failure was in fact a two-act play. Had disagreements over a WMD-Free Zone in the Middle East not materialised, it is possible that a coalition of non-nuclear states might have moved to block what they saw as a broadly unsatisfactory text, and explain (like the US has done) that it was in fact not their own position that was the cause of death. Yet, as Egypt learnt when it ‘overshot the runway’ with its own demands, narrative control is a risky endeavour.

Fallout from the 2015 Review Conference experience will likely be tangible in the coming months, challenging the belief that is so commonly put forth by non-proliferation experts: that NPT Review Conferences ‘don’t matter’.Those wishing to advance agendas that were not agreed to at the Review Conference may press for agreement in the autumn session of the UN General Assembly. Egypt could seek a new mandate for a WMD-Free Zone conference that is not vulnerable to the veto of a few. Humanitarian supporters looking to negotiate a new legal instrument to prohibit and eliminate nuclear weapons, may take that proposal in the General Assembly or an ad hoc forum too, with or without the blessing of the NWS.

While the Review Conference may have sealed the determination of such groups to act, on the other hand it may have eroded NWS interest in taking even small steps. For the past five years, the NWS have gathered annually in the so-called ‘P5 Process’ to build trust and confidence, and undertake collaborative projects that support disarmament in the absence of other opportunities for substantial arsenal reductions. The main recent output from the ‘P5 Process’ was a glossary of commonly agreed nuclear terminology, which NWS experts had been negotiating for years. Presented to the 2015 Review Conference, it received very little acclaim or attention. After that experience, at least some NWS may no longer have an appetite for spending time and resources on new projects. They could suggest that the P5 Process narrow its activity only to annual conferences, or even that the process be allowed to quietly wither.

Ultimately, many states walked away from this Review Conference more frustrated than when they walked into it. Some now appear more determined than ever to take action in other forums, while others may find the experience de-motivational. The net result – a widening split in the NPT community — is unlikely to benefit the health of the Treaty in the longer-term. 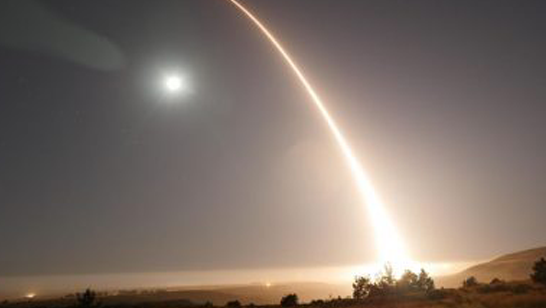 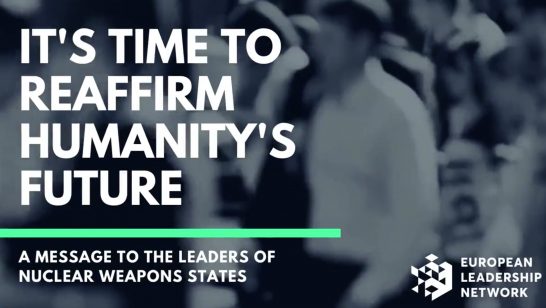 Harald Mueller issues a warning about the diminishing prospects for a successful NPT Review Conference in 2015.