In just two years in the history of the East Partnership (EaP), we have gone from a summit in Vilnius in November 2013, hailed as the “delivery summit,” to the Riga summit of May 2015, which could be called a “hold your horses” meeting. In Vilnius, the spirit was revolutionary. It was one of those summits where people are convinced that big things are about to happen: not quite the fall of the Berlin Wall, but nonetheless a convincing step towards overcoming the shadow of history. In Riga, on the other hand, not all of the leaders of the six partners who had set out on the road for “ever closer approximation” with Europe showed up, and the results were modest.

To be fair, there had been warning that Riga would not be Vilnius. The President of the European Council, Donald Tusk, who while acknowledging “the right” of the people in the EaP region to membership, also defined his job as having to “manage these expectations”. In Riga, German Chancellor Merkel too was adamant that the EaP was neither a policy instrument against Russia nor an enlargement instrument. Europe’s era of revolutionary rupture and rapid transition is over. It will now evolve slowly, incrementally, through the small and cumulative effect of doing something until perfected. That kind of approximation involves both rule of law standards and bio-metric border control measures.

Each country in the EaP region, except Belarus, has part of its territory occupied. In effect these areas are often run as private oligarchic or criminal fiefdoms or heavily subsidized instruments of coercion. Mostly, they are not pleasant places to be, bereft of opportunity to live, study, work and create. They are bargaining chips created by Russia with the elusive possibility of reaching an agreement in future, if and when circumstances change. Until then, Russia is the sole context of existence for these unrecognised and far-from-independent entities.

Each state in the EaP region needs to deal with the reality that Russia is a neighbour and will continue to have a role. Most people speak Russian, watch Russian TV, have relatives in Russia, appreciate Russian culture and cuisine, and may even vote Russia in the Eurovision song contest. Many, although declining in number, receive remittances from relatives working in Russia.

States that have taken a pro-Euroatlantic trajectory do not want to antagonize Russia. They want to affirm they are not “post-Soviet” – former republics and current satellite states – but are instead sovereign states. They do not intend to be satellites in the near, middle or further abroad. They want to live with Russia but not in Russia.

Europe has little option but to engage in the region with a minimum level of ambition. To paraphrase Dominique Moisi, one must Europeanize the Caucasus, or risk a Caucasian Europe. It now takes just nine days to go from Tbilisi by train to China – at least three weeks less than a cargo ship or the same container train takes to reach Russian sea-ports. Energy flows from the Middle East and Central Asia are also likely to make their way through Tbilisi on their way to China. But, just as Georgia is a conduit for desirable flow of people, goods, services and capital, we also see human trafficking, jihadists, biological and nuclear agents, guns and drugs. The better we manage this, the better it will be for Europe and the world at large.

We need to decide for ourselves the kind of state we want. The EaP Summit in Riga demonstrated that Europe will go to great lengths to provide aid, technical support, favourable market access, and investment. The fact that this engagement will be conditional to normative approximation may be disturbing to some Georgians. But Georgia and the Eastern Partnership have two basic options. We can become small isles of vested interests defending ourselves and our power structures against change; or we can assimilate change in a manner that promotes innovation, provides opportunity, growth, social cohesion and, incidentally, promotes peace and stability.

The latter trajectory is not about joining the EU. Austria, Sweden, and Finland only did so after the fall of the Berlin Wall. Switzerland and Norway never did. Except Norway, none of these states have – to date – joined NATO. This does not make them any less European. Austria went from having Russian troops on the ground, to neutrality and EU membership. Their path was one of incremental success.

To that end, Georgians should first focus on building a capable, functioning democratic state. In the NATO Summit in Wales last September, it became clear that technical support, training, joint military exercises, and even defence material assistance will be on offer to boost our national defence,  but it will have to be a national Georgian force that provides deterrence. Article Five of the NATO Washington Treaty guarantees are not extended to Georgia, and Europe does not want to change the status quo in the Caucasus (or Ukraine) by force. All of the people who joined President Poroshenko’s team are also true friends of Georgia; they have stood by Georgia time and again. But, no matter how strong a team of advisors, Europe intends to “manage”, not meet, our expectations. We must dare to dream the unthinkable, and yet we must stick to what we can deliver and stop promising what others have not delivered, and will not deliver in foreseeable future.

The latest European Bank for Reconstruction and Development report, published earlier this month, revealed how much the region is still economically dependent on Russia. Growth projections for Georgia halved, although we can still expect GDP to expand by more than 2%. Moldova is entering a stagnation-recession period, with Armenia facing a similar plight. Azerbaijan is a well-run state but its economy is hit by the fall in energy prices, while Ukraine is devastated and Belarus is suffering. Georgia is faring better than many of its peers because it has changed trajectory and is less dependent on Russia. Georgia hedged, like Austria before it.

In this scheme, Georgia needs to make the best of what is on offer via the European Neighbourhood Policy, and engage Russia as much as possible without getting drawn into a game of oligarchic power-plays. For Europe, we Georgians need to become part of the solution. Europe must come to see Georgia as a country that shares its values and interests, will contribute to its economic and social life, and will help protect it against common challenges. This may require more transparent rhetoric about who we are and what we want to achieve. We are of the West, and have been for some time. We are becoming more Western each passing day. This is all about hard work, and making use of new opportunities and wider freedoms. It is the path that Georgians, as a people, choose for themselves. This is our message for the EU, and for our other partners. 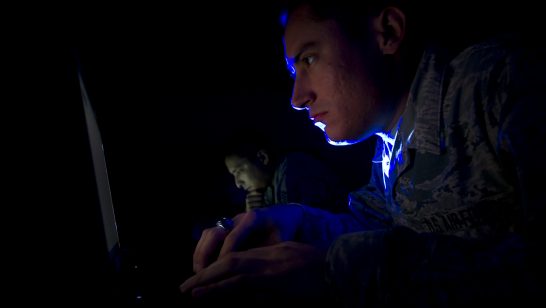 The current explosion in emerging technologies offers great opportunity, as well as potential perils, for NATO.

No, Germany hasn’t turned its back on the European project

Sylke Tempel argues that a Germany that cares about the rules, but also takes criticism into account, can hardly be called anti-European.