Nearing the end of 2010 there are good reasons to take stock once again of the (Nuclear) Disarmament and Non-Proliferation contribution of NATO and the European Union. There are quite a number of new facts to note.

1. This year the NPT Review Conference was not a disaster. After earlier failures it might even be considered as a success; and in two years time there will even be a special conference to advance the idea of a Middle-East weapons of mass destruction free zone.

Personally this is gratifying. Since 2005, I have been flagging the relevance of such an effort in my comprehensive “Moving beyond the stalemate” series of articles for the Clingendael Institute in The Netherlands (see: www.clingendael.nl/ciep/publications/briefing-papers ).

2. From the very beginning of his tenure as President Barack Obama has invested enormously in his ambition to join “Global Zero-efforts”; in particular by trying to reach agreements with President Medvedev from Russia.

3. The consecutive letters of groups (gangs) of four former statesmen in many NATO-countries, as started in 2007 by the American group, has given more and more weight to this endeavour and proved a strong contribution to an ambitious and innovative NPT-effort. The tremendous efforts of Gareth Evans and the former Japanese Foreign Minister Yoriko Kawaguchi within the framework of the International Commission on Nuclear Non-proliferation and Disarmament (ICNND, see www.icnnd.org) further strengthened the call.

4. The last year has seen the emergence of the European Leadership Network initiated by Des Browne and others in the UK. This produced, in relation to the future of NATO nuclear policy, an impressive statement recently, signed by many European elder statesmen and women, statement that can be found elsewhere on this ELN web-site.

7. Within the European Union there is less taboo in discussing nuclear energy and building further on the Euratom-tradition, with even a potential to “globalize” the Euratom concept.

8. While climate change remains a key issue on the global political agenda, the convergence of this issue with the renaissance of civil nuclear power presents an opportunity for all to collaborate on trying to reduce carbon emissions while not creating new nuclear risks in the process.

9.The Treaty of Lisbon has given the European Union a President and a High Representative charged to make the EU a more relevant global partner and this surely must extend to nuclear as well as other issues.

These nine new facts of life create new possibilities and obligations. We are not there, but there is reason and potential not to become cynical. On the contrary!

That is not to say we haven’t suffered set-backs. I consider the Madeleine Albright/Jeroen van der Veer review of NATO-strategies in which a plea was made to continue current NATO nuclear policy and to keep weapons in non-nuclear NATO-countries as such a set-back.

At the very same time that the host countries have to go for budget-cuts the onus is on them to explain to their electorates that these expensive weapons are still needed twenty-five years after the end of the Cold War.
Let us hope that as the months pass, and as NATO further reviews its deterrence posture, the call for change from European leaders mentioned in point 4 above will be effective.

In the afore mentioned “Moving beyond the stalemate” series of papers, I have made a plea for a Security Council plus concept to address nuclear issues. This would include the P5 + Brazil, South Africa, India, Japan and the EU, to address current and future nuclear dangers in the context of a multi-polar world. Of course this has to be an informal arrangement; but nevertheless it would be an important step on the way forward; on the way to a world without nuclear weapons and to Global Zero.

In that sense Global Zero and a weapons of mass destruction free Middle-East would substantially add to a world without a clash of civilizations and with an effective transition to a CO2-poor world economy avoiding climate change.

My final observation is that beyond the Global Zero ambition of well known elder statesmen and women and those who are now in power, a new popular movement is needed to clarify and vocalize the ethical need to address the challenge of nuclear weapons in the 21st century.

Dr. Margarita Šešelgytė argues that combating hybrid warfare in Eastern Europe is not the responsibility of NATO, but rather of the entire Western democratic community. 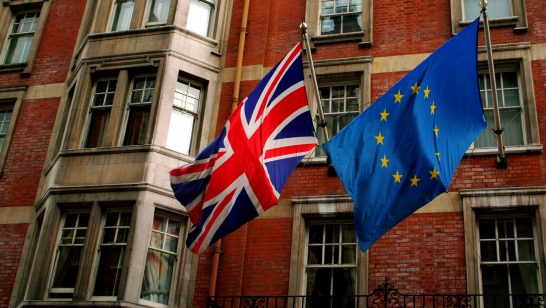 Neither ‘hard’ nor ‘soft’: how a smart Brexit should look

Sir Malcolm Rifkind discusses the implications of Brexit and offers his vision of how the UK-EU relationship should look moving forward.