Last month marked the 75th anniversary of the U.S. nuclear bombing of the Japanese cities of Hiroshima and Nagasaki. Decades later, the world is still grappling with the presence of nuclear weapons and their associated risks. Although nuclear weapons have not been used in conflict for decades, the risk of their use persists.  Around the world, countries are still building and modernizing nuclear arsenals. U.S. President Trump in, a recent interview with Axios, argued that nuclear weapons are “in terms of the real world” “a much bigger problem than global warming”. Rapid advances in cyberspace and emerging technologies such as artificial intelligence (AI) and hypersonic weapons compound the risks of close calls, mishaps and misunderstandings in the nuclear domain.

Why we should worry about these technologies

Advances in both AI and cyber pose significant threats to the command and control networks responsible for the deployment of nuclear weapons. An effort to jam a network could, for instance, be interpreted as an indication of an impending nuclear attack. Making nuclear early warning systems and decision-making more automatic also brings risks. Human beings can make ethical judgments and question orders from superiors in a way machines cannot. Moreover, no technology is immune to failure. In the nuclear field where the stakes are incredibly high these failures can be particularly catastrophic.

Of the new technologies, hypersonic weapons are particularly problematic for the nuclear realm. These new weapons, which can deliver conventional or nuclear payloads, differ from intercontinental ballistic missiles (ICBMs). Their speed and manoeuvrability enable them to have unpredictable flight paths, which can evade traditional missile defence systems. A target thousands of miles away can be hit in a matter of minutes, severely shortening the time for the target country to decide its response. This new class of weapons received significant attention in 2019 when Russian President Vladimir Putin announced that Russia had deployed its own hypersonic glide vehicle known as the Avangard. Russia, China and the United States are rushing to develop their own hypersonic capabilities in what many are calling a new “arms race”.  While the United States has expressed its desire to have a fully operational hypersonic weapon by 2022, both China and Russia appear to be ahead.

What our research tells us

As researchers at Erasmus University Rotterdam, we recently surveyed 400 security experts from around the world as part of a larger research project funded by the Dutch Ministry of Foreign Affairs that tries to ascertain how experts view the impact of emerging technologies on nuclear deterrence and nuclear disarmament. The experts ranked hypersonic weapons as the most impactful disruptive technologies in the nuclear realm, followed by cyber.

Experts see the main risk associated with hypersonic weapons to be their severe shortening of the time within which a targeted party will receive, interpret and respond to a warning. While this finding is not revolutionary, it underscores how experts in the nuclear field view the impact of this type of weapon. The hypersonic missile’s ability to carry both nuclear and conventional warheads adds to its disruptive potential, as misunderstandings are easy to imagine. A missile with a conventional warhead could easily be assumed to be one with a nuclear warhead. This ambiguity, together with the hypersonic weapon’s high speed, could provide strong incentives for countries to develop dangerous nuclear postures or even to attack preemptively for fear that it will be struck with a nuclear warhead.

Experts who cited cyber as the most disruptive technology in the nuclear field saw that cyber technologies can have a number of destabilizing effects on nuclear deterrence. In particular, they noted that, given the increased entanglement of nuclear and non-nuclear capabilities, it is easy to imagine that cyber interference of dual-use early warning systems could lead a conventional conflict to escalate unintentionally to a nuclear crisis.

The dangers of these emerging technologies do not necessarily come from the intrinsic properties of the technologies themselves but rather from the applications of these technologies in the nuclear realm. Since these technological advances are happening against the backdrop of crumbling arms control agreements, and increasingly dangerous rhetoric from bellicose leaders, reducing nuclear risk is again urgent. Risk reduction today will have to address the threats posed by new technologies.

Regulating a technology such as hypersonic missiles is comparatively more straightforward because it can be done using traditional arms control tools. These include quantifying, tracking and checking items, where verification is conceptually easier and more straightforward. When it comes to hypersonic weapons in the nuclear realm, the question is “only” about finding the political will to engage in arms control.

Cyber risks appear less amenable to the traditional approach to arms control that has dominated the post-Cold War period. Quantifying and controlling capabilities cannot be simply and neatly exported to the cyber realm (or to artificial intelligence). Moreover, given the decentralized nature of cyberspace and the multiplicity and diversity of actors, security challenges in cyberspace will most likely not be amenable to traditional state-centric arms control measures that have been in place for much of the twentieth century.

One cannot quantify or track intangible cyber activities the same way one can count and limit tangible nuclear hardware like missiles. For this reason, we’re going to need a profound cultural shift in the way we think about “arms control” measures, especially if we wish to bring emerging tech into NPT discussions. Future arms control measures are going to have to be less about regulating capabilities and more about placing restrictions on certain types of behaviour. While formal arms control measures can be adapted to include new technologies (like hypersonic glide vehicles), informal arms control measures are probably best suited to deal with enabling dual-use technologies like cyber and AI (including their impact in the nuclear realm). These more informal arrangements should, for example, include multi-stakeholder discussions and agreements on the acceptable parameters of AI or cyber use within the nuclear realm. The OSCE’s confidence-building measures that aim to limit conflict caused by cyber technologies could serve as a useful example. Finding a way to scale regional efforts like this one up to the international level will prove crucial.

None of this will be quick, and it certainly will not be easy. However, if we want to be able to respond effectively to the new class of threats emerging technologies pose to the nuclear field, we have to start thinking more creatively about arms control. 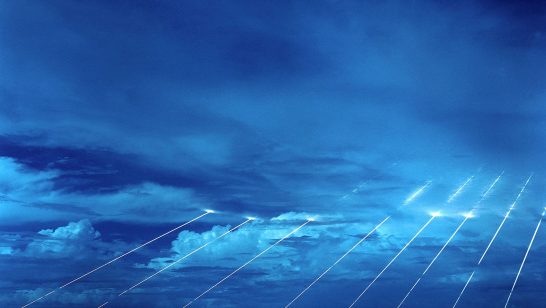