The outcome of last Thursday’s European Council meeting of EU leaders to decide upon a response to Russia’s aggression in Crimea may have exceeded the Prime Minister’s low expectations, but it was still woefully inadequate.

The European Council adopted a position similar to proposals outlined in a Foreign Office official’s dossier photographed in Downing Street last week, namely to adopt a soft approach, ‘for now’. If Russia failed to change course, or moved into Eastern Ukraine, the Council solemnly declared, it would face ‘severe and far reaching consequences’.

This pusillanimity is predicated on the misconception that if only we do not provoke Russia into behaving a little bit worse, we might all return to the day before Russian troops took control of Crimea. But as the Council was issuing its statement, the Crimean parliament, under Russian patronage, was escalating the crisis by declaring its intention to transfer Crimea to the Russian Federation.

A few years ago, many of the same countries resisting a robust approach also objected to NATO drawing up contingency plans for the defence of the Baltic states from Russian aggression. It was regarded as too ‘provocative’ for a defence alliance to be seen to be prepared to defend itself. Those plans do not seem such a bad idea now.

Putin can quite easily lose control of the process he has initiated. He may provoke a non-Russian insurrection in Crimea, poisoning relations between Russian and Ukrainian speakers in the rest of Ukraine. What would he do if the ‘ethnic tensions’ he has so mendaciously tried to use as a pretext for invasion become a reality?

The only way we can effectively stand up to autocrats like Putin is to speak to him using a language he understands – the exertion of robust pressure, where it damages the Russian economy.

I share wholeheartedly the majority consensus that Russia’s actions should not illicit a military response – this would be to take the same reckless risks with Europe’s security that Putin has taken.

However we should not underestimate the potential impact on the Kremlin of robust financial sanctions, nor overestimate the damage such a response would cause to our own economies. Hard power does not just come at the end of the barrel of a gun, as the Iranian regime has come to understand in recent years. To hit Putin where it really hurts, sanctions should be targeted not just at disreputable individuals, but also at Russian financial institutions, primarily Russian state-owned banks that are so reliant on access to our capital markets.

The edifice of Putin’s power is built on a series of parasitical economic relationships, in which members of an elite with formal and informal ties to the Kremlin loot money from the state and from each other. This elite has enriched itself at the expense of an increasingly rickety, corruption-infested and resource-dependent economy. Putin is therefore extremely vulnerable both to shocks to the Russian economy and to the displeasure of the oligarchs he has co-opted into his spider’s web.

In addition, we should not concentrate our efforts solely on Russia. Ukraine deserves generous Western support, not only because of the courage and restraint demonstrated by the people and their new leaders, but also because the destabilisation of Ukraine and an attempt to assert Russia’s entirely bogus ‘right’ to interfere in Ukraine’s internal affairs is one of Putin’s primary objectives. The European Council’s bringing forward of Ukraine’s stalled Association Agreement with the EU was a welcome step.

It would be deplorable if short-term economic interests should prevent European countries from taking the steps necessary to put real pressure on Putin to change course. Putin has calculated that the West will prove too divided and self-interested to stand up to him. He enjoys proclaiming to his domestic audience and people around the world that we are decadent, complacent, and weak. The difficult question we must all ask ourselves is, is he right? 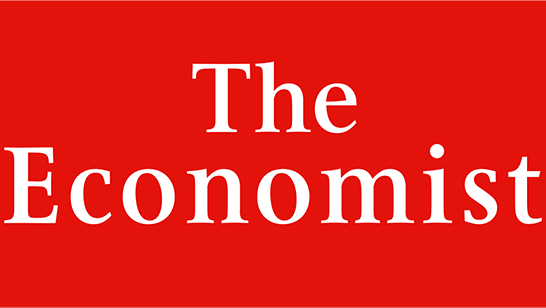 From Damage Assessment to Peaceful Solution: The Crisis in Ukraine