When I told nuclear experts and policy-makers in many of the Nuclear Weapon States (NWS) that I would be attending the Second Conference on the Humanitarian Impacts of Nuclear Weapons in Nayarit, Mexico, 13-14 February, the most common response- aside from weather envy- was a question: ‘Where is this initiative going?’ After two days, the answer to that question was both obvious and complicated. Simply, the initiative is heading to Vienna, which will host the next conference. The complicated answer is in relation to the political direction of the initiative itself, but discussions in Nayarit suggested it will take on more of a risk lens, and there will be increasing pressure on the NWS, which thus far have not participated in the initiative, to attend the Vienna meeting.

Nayarit was not a repeat of Oslo, however, and differed in several ways. Participation was greater in Mexico with 146 states, compared with 128 in Norway. Not only did more states attend, but also more spoke and represented a wider spectrum of views. Substantively, Nayarit differed from Oslo in three important ways. First, the NPT and the 2015 Review Conference loomed large in many discussions and there were more calls to ensure the humanitarian impacts initiative works within and in support of the NPT. Second, states were more vocal in calls for NWS participation in the Vienna Conference and urged the Austrian convener to solicit their participation. And finally, the Chair, Mexico’s Vice Minister for Multilateral Affairs and Human Rights, Ambassador Juan Manuel Gómez Robledo, closed the conference with a summary, peppered with some controversial Chair’s remarks.

The Chair stated ‘The broad-based and comprehensive discussions on the humanitarian impact of nuclear weapons should lead to the commitment of states and civil society to reach new international standards and norms, through a legally binding instrument.’ This language would suggest the initiative is working towards a nuclear weapon ban; however, it comes with an important caveat. As stated explicitly, these remarks belonged to Ambassador Gómez Robledo and did not represent a group consensus. Indeed, many states expressed skepticism and suggested it is too early to discuss a ban in this or any forum.

Numerous delegates emphasized that this initiative must support and be seen to support the NPT, which remains the foundation of nonproliferation efforts. This is especially true for the initiative’s instigators, namely Norway, Mexico, Austria, Ireland, Switzerland, and New Zealand. However, the NWS continue to portray the initiative as a distraction from the NPT with the potential to undermine it. This is clearly not the intent of the initiative. As one example, even India stated that the initiative must ‘do no harm’ to the Treaty. Given current frustrations within the NPT and decades-long stalemate in the Conference on Disarmament, the humanitarian impacts initiative continues to provide an opportunity to engage with states such as India and Pakistan on nuclear weapons issues and has the potential to rebuild trust between NWS and NNWS.

Participation would provide the NWS with an opportunity not only to rebuild trust and engage with the issue of humanitarian consequences on a substantive level, but also to help ensure a successful NPT Review Conference in 2015. In the country statements, which have not yet been made available online, numerous NATO members, along with India, Pakistan, and Egypt, explicitly called for involving the NWS as an important next step for the initiative. Five NATO states that participated in Oslo did not do so in Nayarit (Croatia, Iceland, Latvia, Lithuania, and Portugal). Convincing one, any, or all of the NWS to engage with the initiative and attend Vienna will be a challenge. The content of the Chair’s Summary – particularly the talk of a ban – could scare off the NWS and indeed has reinforced some of the skepticism around the initiative. Yet the NWS are poised to play a unique and important role in the initiative by contributing their own research on nuclear weapons effects, and, perhaps, leading a discussion on response plans and coordination. Given that they have lived with these weapons and their potential consequences for decades, they are likely to have devoted more research and attention to these questions than anyone. Indeed, recent suggestions from the United States to hold a meeting on the humanitarian impacts of nuclear weapons testing would be very much welcomed and could form the basis for a combined future approach.

So where is this going? Perhaps the more appropriate question is rather, what will determine success in Vienna? Certainly there is an expectation that the Vienna Conference will sustain momentum for reframing the nuclear discourse with wide participation, new research, emphasis on the facts and effects of a nuclear detonation and tests, and, most importantly, lining up a host for a follow-on conference. Participation of at least one NWS would also be an indicator of success. The United States and United Kingdom, in particular, have demonstrated such leadership in the past, such as with the Comprehensive Test Ban Treaty negotiations. And finally, the Vienna Conference will occur a few months before the 2015 NPT Review Conference. This is an opportunity to set the tone going into the Review Conference, strengthen the relationships underpinning the NPT, and to further expand the nuclear disarmament and nonproliferation discourse. 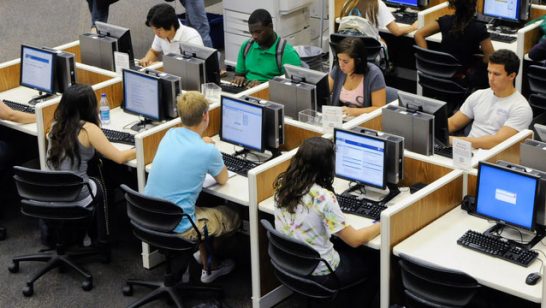