The Nuclear Security Summits (NSS), an important innovation in the fight against nuclear terrorism, have not yet reached their full potential of eliminating weak links in the global nuclear control system. The upcoming summit in The Hague in 2014 followed by the final summit in Washington in 2016 offers a tandem opportunity to strengthen the existing system and set the foundation for a significantly improved nuclear security regime by the end of the decade. This result would be the signature achievement of the summit process.

The NSS participants have proceeded cautiously at the first two summits in Washington in 2010 and Seoul in 2012. However, an important hallmark of the process has been that the scope of the nuclear security issue has grown with each event. Washington focused almost exclusively on fissile materials. Seoul expanded the scope to include the interface between safety and security at nuclear facilities and the protection of high activity radioactive sources that can be used in “dirty bombs.” But, the security governance system for the global nuclear enterprise is in need of substantial improvement and this issue should be the major addition to The Hague Summit in March.

The groundwork for a nuclear security governance initiative is already being laid. In Seoul in 2012, the experts symposium held on the margin of the official summit was titled “Innovating Global Nuclear Security Governance”. After that summit, almost two dozen global experts created the “Nuclear Security Governance Experts Group” which has released four reports with recommendations on how to improve the nuclear security system. And a number of former government officials from around the world are calling for security system enhancements.

There has been remarkable consistency in the identification of the four key governance improvements that are needed. The regime needs to be more cohesive and its current components universalized and maximally utilized. There needs to be greater cross-border communication of non-sensitive information for the purpose of building international confidence in the system. The system requires the institution of a peer review process similar to that employed in the nuclear safety regime. And, best practices need to be disseminated, but allowed to be implemented in a flexible and culturally sensitive manner. These improvements can be made through both soft and hard governance approaches on a continuum. But, to be effective over the long term, there ultimately needs to be specific benchmarks that nations must meet.

The NSS nations can readily tackle the issue of maximizing the current regime in The Hague. Here the assembled 53 nations can agree to fully implement all the nuclear security recommendations put forth by the International Atomic Energy Agency (IAEA), agree to employ the review provision in the Convention on the Physical Protection of Nuclear Materials (CPPNM) and its amendment and refocus efforts under the International Convention on the Suppression of Acts of Nuclear Terrorism (ICSANT) on the prevention of nuclear terrorist acts rather than the response to them. Additionally, to promote regime universalization, a simple check list with about 50 items could be introduced to allow for easy assessment of how countries are complying with current conventions and recommendations.

The remaining issues – the need for regime cohesion, information sharing, and culturally sensitive peer review and best practices – can be raised as important new issues at The Hague Summit and preparations made for their implementation by the Washington NSS two years later. One of the most effective ways to approach this is for some key nations to put forth a “gift basket” identifying steps for the future nuclear security improvement. The concept of gift baskets – multilateral commitments outside the official summit communiqué was introduced at the Seoul summit and was an evolution of the unilateral “house gift” concept originated in Washington.

In advance of the July 2013 IAEA International Conference on Nuclear Security the Agency’s Director General, Yukiya Amano, wrote that it was a “no brainer” to have peer reviews of a nation’s nuclear security arrangements, and noted that it is used effectively to improve nuclear safety. This proposal staked out new territory for the IAEA and, because of its deep international legitimacy, has placed this issue on the agenda for its 159 member states.

But, states also need to be thinking beyond these important intermediate confidence building steps and examine the value of hard governance approaches. This includes a Framework Agreement on Nuclear Security that can supplement existing conventions, strengthen recommendations and close the security gaps that now exist and persist. The proposal for this agreement has been caricatured as a potentially endless international negotiation, a pejorative assessment from those that are content with the inadequate status quo. Others, including former U.S. officials, Secretaries of State George Shultz and Henry Kissinger, Secretary of defense William Perry and Senator Sam Nunn, have called on world leaders at The Hague Summit to “commit to develop a comprehensive global materials security system.”

The current nuclear security system is a patchwork of mostly voluntary requirements that allows states to opaquely pick and choose among them. It includes no requirement that the international community be informed of the adequacy or comprehensiveness of a nation’s nuclear security system. A framework agreement on nuclear security can provide a durable forum for regular high-level meetings on this vital subject after the NSS process has ended. It also will unify, strengthen and increase confidence in all nuclear enterprises at a time when nuclear power is expected to expand by at least 44% over the next 17 years, according to the IAEA.

Nuclear power’s expansion is being driven by a projected one-third growth in global primary energy demand by 2035 which, in turn, is being driven by a global population that is expected to reach 8.6 billion people by the same year (a roughly 20% increase from today). This growth is occurring at a time when the concentrations of carbon dioxide (CO2) in the atmosphere have reached the threshold of 400 parts per million (ppm) – a level not seen in 3 million years.

Nuclear power is one answer to the question of how to provide effective base load electricity while limiting carbon emissions. And, many countries in Asia and the Middle East increasingly are finding it attractive. But this growth cannot be effectively governed under the current control system and significant improvements are required.

The IAEA’s Amano has noted that, “We cannot afford to have weak links in our chain of defense. All countries must play their part.” His endorsement of peer review is a key step forward in the nuclear security governance improvement process. A nuclear security governance gift basket offered at The Hague summit would further this momentum by acting as a spring board for the development of a cohesive action plan of needed initiatives. The implementation of these improvements then should be launched at the 2016 Washington NSS and the soft governance actions completed by 2020. During this period responsible nations should begin work on the framework convention. 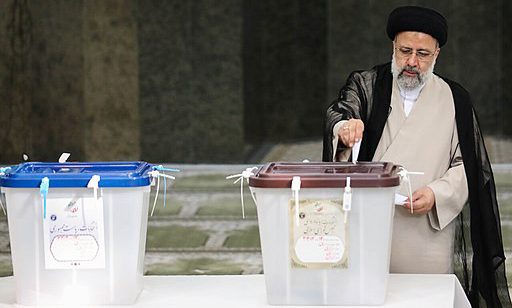