This commentary follows the author’s recent ELN policy brief Iran on the Boil in the IAEA Boardroom: Russia, the West, and NPT Obligations.

During the week of 9th March, member states of the International Atomic Energy Agency (IAEA) have an opportunity to de-escalate rising international tension over Iran’s refusal to provide the IAEA information about its nuclear activities. Whether they succeed may depend on the agency’s Board of Governors (BOG) transcending polarisation that in 2019 factored in BOG debate and that has again broken out on the eve of the March conclave.

In the view of the overwhelming majority of board members, Tehran must comply with its safeguards obligations under the Treaty on the Non-Proliferation of Nuclear Weapons (NPT) by answering questions based on the IAEA’s findings and information.

On March 3, the IAEA Secretariat updated the BOG on its verification activities related to both Iran’s NPT safeguards agreement and to the 2015 Joint Comprehensive Plan of Action (JCPOA). In providing the BOG two separate reports on these matters, the Secretariat intentionally underscored that Iran’s NPT obligations are separate and legally independent from Iran’s commitments under the JCPOA.

At issue is the IAEA’s authority to compel a state subject to NPT safeguards to explain findings based on information obtained by the IAEA suggesting that the state’s declaration of its nuclear materials and activities is not correct and complete. In this case, the IAEA obtained information about Iran from Israel. In 2019, the IAEA found particles of uranium at a location in Iran specified in Iranian documents that had been stolen by Israel and provided to the IAEA; neither the material nor the location had been declared to the IAEA by Iran. Last week, IAEA Director General Rafael Grossi informed member states that he has also requested information from Iran in more instances. Iran has not cooperated with the IAEA in following up these developments.

Time for Europeans to lead

In November 2019 lack of cooperation from Iran led the IAEA Secretariat to convene an extraordinary BOG meeting. The conclave was divisive. Russia, supported by Iran and Syria, opposed the IAEA in pressing Iran for answers and asserted that Iran’s nuclear program posed no near-term hazard. The United States warned instead that Iran may “break out” of the NPT.

Sweden is currently the board chair and there are seven EU states on the board. In November the EU firmly supported the IAEA’s safeguards authority, and strongly urged Iran to comply with it, but the EU refrained from making categorical statements about the threat potential of Iran’s nuclear actions.

The November BOG meeting made clear that board diplomacy should be informed by two goals: obtaining Iran’s cooperation, and uniting the BOG behind the Secretariat’s pursuit of completeness in Iran’s nuclear declaration. A successful outcome would be favoured by Iran’s growing isolation resulting from its refusal to satisfy the IAEA.

Russia, especially since the United States in 2018 abrogated the JCPOA, has taken Iran’s nuclear interests in hand, and may therefore play a significant role in persuading Iran to provide the IAEA enough information to deter the BOG and the Secretariat from escalating this issue to the Security Council. Russia may be losing patience with Iran and impart to Tehran that its continued recalcitrance is counterproductive to its warming relations with Moscow and to Tehran’s narrative that Iran is an undeserving victim of US hostility and its “maximum pressure” campaign.

On 5th March senior US officials in the Donald Trump administration warned Iran and raised the public visibility of this issue on the eve of the March board meeting, prompting a rebuke from Russia and inviting Iran to resist pressure. These actions challenge the BOG chairperson and Europeans in the boardroom to direct attention of board members away from polarized assertions about Iran’s nuclear program and instead toward resolution of the conflict with Tehran and support for the IAEA’s safeguards authority.

European states can draw on the Secretariat’s reporting to board members on 3rd March. There, the IAEA grounded its requests to Iran upon both the Additional Protocol (AP), an enhanced IAEA verification instrument that Iran is implementing on a voluntary basis under the JCPOA, and Iran’s NPT safeguards agreement. The IAEA notified Iran under AP Article 4 d., according to which “in the case of a question or inconsistency, the Agency shall provide [the state] with an opportunity to clarify or facilitate resolution of the question or the inconsistency.” Separately, the IAEA filed requests to Iran under Article 69 of Iran’s NPT safeguards agreement; it states that “at the Agency’s request the State shall supply amplifications or clarifications of any report, in so far as relevant for the purposes of safeguards.”

These references express longstanding understandings among IAEA member states including Russia. Russia has not challenged the legal authority of the IAEA Secretariat to pursue correctness and completeness of states’ nuclear declarations, independent of Russia’s objections to the IAEA’s prioritising the Iran case. Following up their even-handed interventions in November, European members should be prepared to convince the March board that geopolitics are out of place on this agenda item and that the common denominator is the IAEA’s authority following from the NPT. 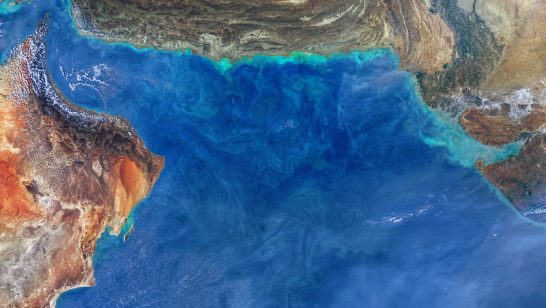 There is an opportunity for the Euro-Atlantic community to constructively engage with Iran and its neighbours in the wake of the COVID crisis. Although Iran’s HOPE initiative advances an intra-regional format, it may be insufficient in terms of the scope of military contacts and information exchange.