If our problems are systemic and global in nature, we need leaders who can think systemically. Steve Killelea

Over the past few months, the ELN has been collaborating with the Institute for Economics and Peace (IEP), and its Founder and Executive Chairman Steve Killelea, by curating inspiring conversations with our networks of leaders in order to join the dots between our organisations’ missions: reducing existential threats on the one hand, and finding ways forward for human thriving on the other.

In our first conversation, facilitated by our thoughtful friends at The Nucleus Group, we discussed how the concept of Positive Peace can complement the field of conflict prevention.

The ELN focuses on preventing existential conflict, above all nuclear conflict. We work backwards from that goal, identifying the pathways by which nuclear conflict might occur, and what needs to be done to stop humanity from going down that route. Much of our day-to-day work is about risk reduction: for instance, reducing the risks that nuclear weapons will one day be used; and relatedly, reducing the risks that geopolitical competition between nuclear-armed states will escalate into conflict.

Fundamentally, this is about preventing the worst. People are not always good at valuing prevention, as we often see in healthcare. To prevent the worst, we also need to understand what we’re preserving and what is to be gained from adopting a different, larger, mutual approach to security. This is the focus of Steve Killelea’s work on the value of Positive Peace. It is based on a holistic and data-driven understanding of what enables societies to thrive, enjoying a sustainable peace that’s more than merely the absence of war.

In September, between International Peace Day, UN General Assembly Week and the COP climate summit, our two organisations convened an intergenerational group of leaders to identify the kinds of leadership that are needed to confront the global challenges facing humanity, featuring Steve in conversation with the ELN’s Chair Lord Des Browne.

A decade ago, the ELN was inspired by the leadership that US political leaders from across the partisan divide seemed to be showing on the issue of nuclear weapons. Figures from the highest levels of government began to call for gradual, multilateral nuclear disarmament. But their inspirational and aspirational calls to action have not so far been matched by leadership to implement and deliver disarmament, as Des noted. A wider push from a more diverse set of leaders is needed for an effort likely to take decades.

As nuclear risks rise, while the world struggles to get to grips with the climate crisis, inequality and the pandemic, it would be easy to be daunted by the scale of the challenges currently facing humanity. This year several universities collaborated on a survey of 10,000 young people across 10 countries about their feelings about climate change. More than half of the respondents said that when they thought about the future, they felt sad, guilty, frightened and anxious.

Julia Berghofer, manager of the ELN’s younger generation leaders network (YGLN), cautioned that young people’s mental health is suffering from the “ridiculously huge amount of problems that need to be tackled” and asked how we can invest in support, empathy and boosting the confidence of young people who may be courageous, curious, and brave, but feel overwhelmed?

Most of the literature on leadership is about business and management; some is drawn from the world of sport. There are vital, transferable lessons from these areas. But our focus is on leadership in peace and security: leaders who can drive and inspire change, and harness human agency and choice, to take people beyond cycles of violence and history that are stuck on repeat.

We should not look at leadership as an abstract concept. This is really about helping to initiate change by empowering, enrolling and encouraging people. Stefanie Babst

As ELN senior associate fellow Stefanie Babst explains, “We should not look at leadership as an abstract concept. This is really about helping to initiate change by empowering, enrolling and encouraging people”.

Des noted that, “Some of the most progressive thinkers I know have been in military uniforms. They know what conflict, death and destruction is really like, often because of the political leadership, and most want to avoid ever having to experience it again.”

Some of the most progressive thinkers I know have been in military uniforms. They know what conflict, death and destruction is really like, often because of the political leadership, and most want to avoid ever having to experience it again. Lord Des Browne

In this context, leadership here is about agency, and about inspiring transformative collective action. It is about moral courage, and the ability to look at a bigger picture, to offer – and sustain – hope. Steve highlighted the need to focus on things that are improving and sometimes overlooked. People might be surprised to learn that over the last decade, the Global Peace Index has shown more countries improving in terms of peace than deteriorating (85 and 76 respectively). He advises everyone to focus on something that they can tangibly improve, however small or “bite-sized”.

Empathy and emotional intelligence were recurring themes in our conversation, and seem in the wider world to be attracting more attention in the context of “hard” security discussions that might once have sought to exclude emotional factors.

In Steve’s words: “Sometimes people have big hearts but don’t know how to execute, while some people are great at executing plans but have such hard hearts as to be dangerous.” As Steve expands in his book, ‘Peace in the Age of Chaos’: “Although compassion is of extraordinary value, and a necessary virtue for leadership, it is not sufficient to ensure effective action. Competence, which is the knowledge gained, both formally and informally, that can successfully be applied to solve problems or issues, is also needed. Without competence, we are left with only good intentions. To put it metaphorically, the heart and the mind must be combined to create dynamic and effective action.”

The heart and the mind must be combined to create dynamic and effective action. Steve Killelea

There’s a perception among some people that those that style themselves as leaders are a little too impressed with themselves and are motivated mainly by seeking power and credit. Political leaders in particular face these criticisms, at a time when long-running surveys in the US and UK suggest that trust in government is the lowest it has been for decades.

On this, Steve said, “Some people have all the language of leadership, the most inspirational speeches, but no action and no magic. That’s when something is missing at the level of their consciousness.”

Des commented: “The best leaders I have ever worked with had more self-awareness than self-regard,” and emphasised that “a capacity for growth and a sense of ethics are vital”.

The best leaders I have ever worked with had more self-awareness than self-regard. Lord Des Browne

How can leadership be encouraged, modelled or taught?

Participants were keen to discuss whether and how leadership can be taught; how to develop genuinely inclusive and diverse forms of leadership; and how to mobilise leaders for collective leadership on shared challenges.

Steve emphasised that this latter point requires a shift of consciousness as well as developing skills. On inclusive leadership, a key issue is to be open to different styles of leadership. For instance, if we have one fixed concept of how a leader must be, for instance believing that a successful tech leader must be a gifted yet difficult man, we are less likely to come up with genuinely creative and innovative leaders.

Des argued that “We need to find ways to work with the people who make the right decisions, not to always seek consensus.” For instance, Mona Koehler-Schindler, YGLN member and OSCE expert, highlighted the need for leaders to bring together stakeholders with very different agendas when seeking to deliver both human rights and security. Des emphasised that when pursuing both human rights and security, leaders “look at the societies that enjoy both, talk to the people who have achieved that, and drive the right decisions by using the collective will of the people who know how to do it”.

Wherever we are, wherever we work, we can encourage leadership by our own example, by living up to our own ethical standards. Stefanie Babst

On a personal note, Stefanie advised that “I always try to encourage those that have ideas to run with them, or initiate that change that requires sustainable will, creativity and stamina. Wherever we are, wherever we work, we can encourage leadership by our own example, by living up to our own ethical standards.” 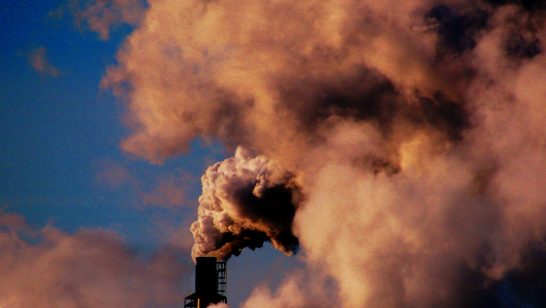