Negotiations between the United States and Iran on the latter’s nuclear programme appear to be reaching a deal, and opponents are making their case as loudly as possible. Benyamin Netanyahu for one used the platform of the U.S. Congress to denounce any deal with Iran, and he did so without fear of hyperbole or burnt bridges with the Obama administration.

Opposition to a deal with Iran, coming mostly from Israel and the Gulf, is based on the belief that it will leave Iran with a quick “break-out” potential to develop nuclear weapons and become the second nuclear power in the Middle East (following Israel’s lead). This scenario, we can all agree, would be profoundly destabilising, as it could precipitate a nuclear arms race in the region.

Maintaining Tehran’s nuclear potential is however not the purpose of negotiations between Iran and the P5+1 group (comprising the permanent members of the UN Security Council and Germany). The objective of Western negotiators, and most likely Russia and China too, is to achieve a clear and binding agreement based on two key concessions. On the Iranian side, Tehran must clarify the peaceful intent of its nuclear programme by placing it under strict international control and the international community must commit to the gradual lifting of the sanctions imposed by the UN Security Council and those imposed unilaterally by the United States and the European Union, which are much more severe.

Opponents of the current negotiations with Iran argue that only through the total dismantlement of Iran’s ability to enrich uranium, regardless of the purpose, can nuclear proliferation be prevented. This demand however imposes unfair restrictions on Iran and undermines the Nuclear Non-Proliferation Treaty (NPT), which has formed the bedrock of international efforts to ensure non-proliferation since 1968. The NPT, which has been signed by every EU member and the United States, guarantees the “inalienable right of all the Parties to the Treaty to develop research, production and use of nuclear energy for peaceful purposes without discrimination.” To deny Iran this right would threaten the NPT, the most widely subscribed arms control treaty in history, and thus endanger global security.

The main aim of those who seek to undermine efforts to make a deal is not to ensure Iran doesn’t get the bomb, as it should be, but rather it is to ensure Tehran’s continued status as an international pariah, and to contain, repress and weaken its influence across the Middle East, in particular in Syria, Lebanon and Iraq.

We Europeans have to ensure that nuclear non-proliferation remains our primary aim in negotiations with Iran. As such, any agreement with Iran must first and foremost be based on Tehran’s strict adherence to the NPT. An agreement must be worded with extreme care and be based firmly on the principle of ‘trust and verify’. Europe has no interest in Iran’s continued exile from the international arena, and while Tehran’s position is a result of its own past violations, the status quo cannot continue indefinitely.

What is in Europe’s interest is for Iran to contribute to Middle East stability and efforts to eradicate the threat posed by Islamic State, efforts that Iran’s political weight and influence can greatly support. The excessive and hypocritical conditions demanded by many opponents to a deal can only lead to war and the bombing of Iranian nuclear sites. Open conflict with Iran would threaten global security. Iran would denounce the NPT and, with the nuclear know-how already acquired, launch an underground nuclear weapons programme, safe from aerial attacks. This would be a geopolitical catastrophe for Europe, for the original opponents of the current negotiations and for the future of the Middle East.

European interests align with those of the United States, and as such we should support the Obama administration’s position.

A compromise with Iran is possible. Once the peaceful intentions of Iran’s nuclear programme can be ensured through a robust IAEA inspection regime and strict monitoring of enrichment capacity and uranium flows, then sanctions can be gradually lifted and non-military nuclear cooperation can resume.

Meanwhile, we must seek out new initiatives to reinforce the international non-proliferation regime, in which Europe can play an essential role. A conference on the establishment of a “WMD Free Zone” in the Middle East, for example, should be high on our agendas.

We call on our governments to fully appreciate the importance of this historic opportunity to ensure Iran’s peaceful use of nuclear technology, reintegrate Iran into the international community, and reinforce global non-proliferation efforts. This represents our best bet for ensuring our future security. 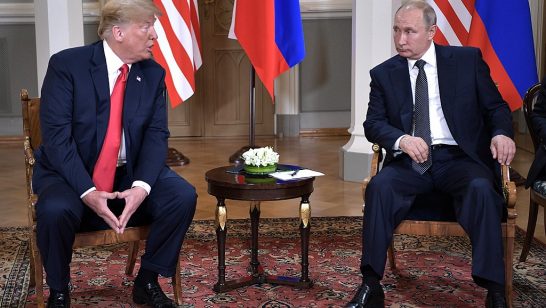 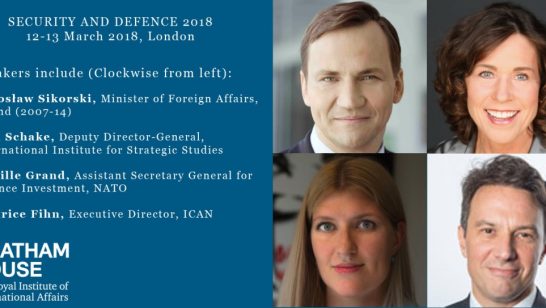 The ELN is a supporting partner of the annual Chatham House Security and Defence conference on 12-13 March. Find out more here and join international experts across policy, industry and academia to discuss the changing security landscape.