In 1947, members of the Bulletin of the Atomic Scientists, a group comprised of scientists including some who had worked on the Manhattan Project itself, first used the Doomsday Clock as a metaphor to gauge how close humanity was to civilisational collapse as a result of man-made global catastrophe. Today, the Bulletin of Atomic Scientists has announced that in the year 2023 we are 90 seconds to midnight. The closest that we have ever been.

The clock’s original setting was seven minutes to midnight, with the closest the clock has ever been to midnight being 100 seconds to midnight in 2020, 2021 and 2022. The Bulletin has justified these alarmingly close-to-midnight times on the basis of the failure of world leaders to deal with existential threats like climate change, the fraught nature of US-Iran relations, and increased tensions and non-cooperation between the West and Russia. To reflect the role of the war in Ukraine in aggravating the scale of the existential risk facing the planet, the Bulletin of Atomic Scientists has for the first time ever published the Doomsday Clock statement in English, Russian and Ukrainian.

We asked our network members what the world can do to set back the Doomsday Clock, and for their thoughts on how humanity can best avoid destroying both itself and the planet.

“There should be N5 strategic risk reduction dialogue where Russian and Chinese sincerity is put to the test.”

Great power competition is a greater driver of existential risk than all natural risks combined. As great power relations deteriorate, nuclear risks are growing faster than other existential threats. Nuclear powers need to focus on managing and then reducing these risks. So, if there’s just one step, it should be an N5 strategic risk reduction dialogue where Russian and Chinese sincerity is put to the test.  The international community are entitled to expect this. Billions of lives depend on it.

“A commitment by all nuclear weapon states that the sole purpose of their possession of these weapons was to deter their use by others.” 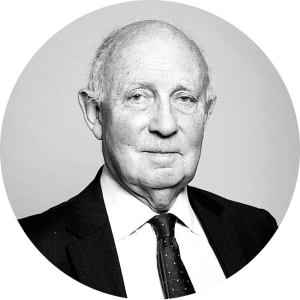 The risk of a nuclear confrontation has risen sharply since Russia invaded Ukraine. A major step away from this risk would be a commitment by all nuclear weapon states – not just signatories of the Nuclear Non-Proliferation Treaty but those that are not – that the sole purpose of their possession of these weapons was to deter their use by others, and that in no circumstances would they be the first to use them.

“Decisive and public multilateral action to strengthen the ‘nuclear taboo’ should be front and centre to prevent individual states from holding the world hostage.” 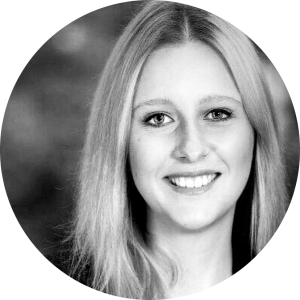 With Russia’s war in Ukraine and rising great power competition, the risk of nuclear use is at its highest point since the Cold War and prospects for international stability and security in 2023 seem bleak. However, amid all setbacks of the past year, we also witnessed new levels of solidarity and international cooperation. The G20 statement condemning Russian nuclear threats, a surprising near-consensus outcome at the 10th NPT Review Conference only prevented by Russia’s veto, and a growing number of states joining the TPNW, represent positive signals the international community should build on. In addition to the tireless promotion of nuclear disarmament, decisive and public multilateral action to strengthen the “nuclear taboo” – e.g. collective renunciation of the use or threat of use of nuclear weapons, refrainment from provocative nuclear rhetoric, and emphasis on the catastrophic humanitarian consequences of nuclear use – should be front and centre to prevent individual states from holding the world hostage.

“The Clock takes measure of the situation – yet it is up to us to reflect on ways to lower the dial further from the Doomsday scenario of midnight.”

The Doomsday Clock has been an important gauge of the state of our arms control security.  So how does the Clock assess the developments of 2022?  The unprecedented invasion into Ukraine by Russia – a recognised nuclear State and permanent member of the UN Security Council – followed by severe backlash in all arms control fora and review conferences, including the Non-Proliferation Treaty and the Biological Weapons Convention, increases our sense of insecurity and nuclear danger. The Clock takes measure of the situation – yet it is up to us to reflect on ways to lower the dial further from the Doomsday scenario of midnight.

“All states possessing nuclear weapons – especially the US, Russia, and China – should agree to open regular dialogue on measures that would reduce the risk of nuclear weapons conflict.”

The best way of beginning to turn back the Doomsday Clock would be for all states possessing nuclear weapons, and especially the US, Russia, and China, to agree to open regular dialogue on measures that would reduce the risk of nuclear weapons conflict, while making clear this dialogue should not, and will not, be dependent on resolving other outstanding political problems that may, currently, divide them.

“Humanity must collectively reconsider its obsession with war, and its complicity in oppression. We have the tools to attain sustainable peace and equity – what we lack, is the political will.”

Here we are in 2023, a species with the technical and organisational abilities to sustainably thrive on the only habitable planet within reach. And yet, we have chosen to direct our collective ingenuity towards warfighting. We have remained complacent with a version of globalisation, that relies on the systemic exploitation of over half the planet’s population. The fact that we can witness today’s Doomsday Clock announcement, should serve as a reminder that there is still time. However little, there remains time for humanity to collectively reconsider its obsession with war, and its complicity in oppression. In the end, I hope we realise that we have the tools to attain sustainable peace and equity – what we lack, is the political will.

The opinions articulated above represent the views of the authors and do not necessarily reflect the position of the European Leadership Network or all of its members. The ELN’s aim is to encourage debates that will help develop Europe’s capacity to address the pressing foreign, defence, and security policy challenges of our time.

Network reflections: What to watch in 2023

Three members of the ELN’s Network discuss how the Russia-West-Ukraine challenge might develop in 2023 and what other issues we should all be alert to in the coming 12 months.

Network reflections: Did the US Nuclear Posture Review meet the challenges of the “decisive decade” or represent the status quo in the US’s nuclear posture?

Three members of the ELN’s Network reflect on the 2022 US Nuclear Posture Review (NPR).