If the first weeks of January are any indication, the talks within the Normandy quartet of Ukraine, Russia, Germany and France are unlikely to achieve a viable political deal between Russia and Ukraine in the foreseeable future. Moreover, increased efforts to engage Russia may run the risk of aggravating the crisis by undermining the internal credibility of the Ukrainian leadership.

The decision to cancel the Astana head of states meeting, planned for 15th January, reinforces Angela Merkel’s demand for Moscow to deliver on the Minsk accords as a precondition for holding a summit. This is good news. When talking earlier about the possibility of lifting the sanctions on Russia, Francois Hollande wanted to show positive intent towards the Kremlin. However, Russia has not taken the opportunity that France and Germany extended and instead initiated further escalation in the Donbas.

Moscow seems to use the lingering hope by EU leaders that promises of sanction relief alone will change its policy to pursue its own objectives. Despite the well-intentioned attempt to preserve a channel of communication with Russia, the Normandy format is becoming a tool for the Kremlin to forestall the adoption of new Russia sanctions by its European counterparts and to dissuade major EU powers from increasing support for Ukraine.

We should also not overlook how the talks (or lack thereof) impact Ukraine’s internal dynamics. Following months of rather inconsistent policy in the East, Poroshenko’s call to help Putin “save face” through diplomacy were bitterly criticized by the Ukrainian media. In the wake of a horrendous Grad attack on a bus with a dozen civilians killed by pro-Russian militants at Ukrainian-controlled Volnovakha on January 13, Ukraine’s public is even more sceptical of continuing talks with Russia. The quest for a political solution in eastern Ukraine now seems at odds with the calls in Kyiv for designating the “People’s Republics” groups in Donetsk and Lugansk as terrorist organizations. The officials in Kremlin know too well that futile consultations will keep undermining Poroshenko’s political positions at home. The Ukrainians are increasingly critical of the contrast between the president’s peaceful rhetoric and the recent upsurge of violence in the east.

The Kremlin intends to use the talks within the Normandy quartet format in order to win some time. It expects that the spring will provide a window of opportunity for doing away with the Minsk agreement altogether. Meanwhile, Russia will continue to probe for Ukrainian vulnerabilities on the ground and the receptiveness of Europeans to its demands in the negotiating room.

Russia may emerge stronger from the crisis

Pavel Andreev argues that Russia has learnt the lessons of the 1998 financial crash, and that whilst the near future will be difficult Russia will emerge from the current crisis with a more durable economy.

On 6 September 2016, European Leadership Acting Director Shata Shetty addressed a seminar organised by the UK Project on Nuclear Issues (UK PONI) on the outcomes of the NATO Warsaw Summit and the way forward for NATO's nuclear relationship with Russia.  Other panel speakers were Dr Justin... 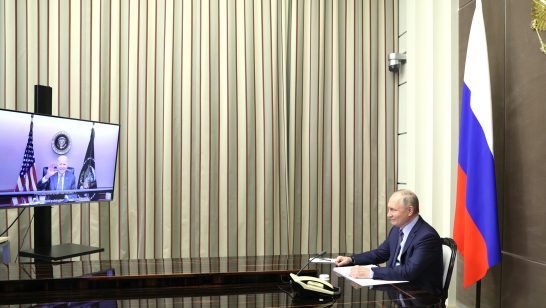