The combination of North Korea’s development of nuclear weapons and rocket capability is a source of international concerns. Pyongyang has carried out three nuclear tests, has tested and deployed short-range missiles, and has successfully launched a satellite into orbit.

North Korea started its missile programme by building short-range missiles (Scuds and Nodongs) that use relatively old technology and were likely produced with Soviet components and assistance. Following that, Pyongyang turned its efforts to building a much larger, three-stage rocket—the Unha—that successfully carried a satellite to orbit in December 2012. This launcher still appears to largely rely on Scud-level technology, but illustrates that North Korea is developing the ability to launch considerably longer range missiles.

North Korea has displayed other missiles, and a key question is whether those may incorporate more advanced technology. Another important question is how small a nuclear weapon Pyongyang has been able to build. Experts disagree on this issue, but based on the nuclear weapon programmes of other countries many think that it can build warheads in the range of 700 to 1,000 kg, and possibly as small as 500 kg.
Here is a brief summary of missiles North Korea has developed or may be developing:

North Korea has several variants of this missile with ranges of 300 to 500 km when carrying a 700 to 1,000 kg warhead—a range that would reach most of South Korea. These missiles have been flight tested and are deployed and operational, and North Korea has sold them to Iran and other countries. Scuds are believed to have an accuracy of 0.5 to 1 km, which is too inaccurate to effectively attack military targets but could be used against a city. Scuds use liquid propellants and can be transported and launched from large trucks.

The Nodong is believed to be able to carry a 700 to1,000 kg warhead to a range of 1,000 to 1,300 km, which would allow it to reach most of Japan. It is the longest range ballistic missile that Pyongyang has flight tested and deployed. North Korea has sold versions of this missile to Pakistan and Iran. It uses Scud-level technology, and can be transported and launched from large trucks. Its accuracy is several kilometers, again limiting its use to large targets like a city. Nodongs use liquid propellants and must be filled with fuel in the field once they have reached their launch position—a process that may take an hour or so. They have been tested successfully several times, but not enough to give North Korea a clear idea of how reliable they are. They are believed to be deployed and operational.

Musudan missile: Not tested, Not operational

The Musudan has been displayed in parades but there are no known flight tests. North Korea moved two of these missiles to its east coast during the height of tensions in spring 2013, but withdrew them without launching; whether the withdrawal was done for political or technical reasons is not known.

While some western reports state that North Korea has fielded some of these missiles on trucks, Pyongyang is very unlikely to consider the Musudan operational without a flight test. This is especially true since some experts speculate that it uses a generation of missile engines and fuel more advanced than that used in the Nodong, but North Korea has never flight tested a missile using that technology. Pyongyang is unlikely to fire one of its few nuclear warheads on an untested missile.
Estimates show that if the Musudan used this advanced technology it could carry a 500 to 1,000 kg warhead to a distance of 3,000 to 3,500 km, which might allow it to target Guam. If instead it uses Scud-level technology, the range would be significantly less. Like the Nodong, it is carried on a mobile launcher and would be filled with liquid fuel in the field prior to launching. Its accuracy is likely several kilometers.

Taepo-Dong 2 is the name given to a missile that might be built using the technology in North Korea’s Unha-3 space launcher that put a satellite in orbit in December 2012. A version of such a missile may have been tested unsuccessfully in 2006 but has not been seen since.

An analysis of the Unha based on photos of the December launch and rocket parts recovered by South Korea show that its first two stages use Scud-level technology. If the Unha were modified to carry a 700-1,000 kg warhead rather than a light satellite, the missile could reach Alaska and possibly Hawaii, but might not be able to reach the continental United States. Because of its large size a Taepo-Dong 2 missile is unlikely to be mobile, and would instead be assembled and launched from a large pad, as is the Unha. Its accuracy would likely be many kilometers.

KN-08 missile: Not tested, Not operational

This missile has only been seen displayed in a parade in spring 2012. Examination of the missile bodies seen in the parade indicates they were not real missiles. It is not known, however, whether they represent a real missile programme and, if so, how far along that development programme might be.

The missile bodies in the parade appear to have three stages, and are considerably smaller than the Unha. Estimating the possible range of such a missile is difficult without more information. However, North Korea cannot build large solid-fuel missiles so such a missile must use liquid fuel. Assuming it is based on technology that North Korea has previously demonstrated leads to range estimates similar to the Taepo-Dong 2, and too short to reach the continental United States even with a 500 kg warhead.

Despite working on missile technology for more than two decades, the longest range missile North Korea has currently flight-tested and deployed is 1,300 km. However, it has shown the ability to continue to make progress and in time it will be able threaten a much larger area. The international community, and especially the United States, should renew diplomatic efforts to engage North Korea to limit its military programmes in return for security guarantees and aid.

Drawing on insights from former high-level nuclear decision-makers and current officials at a virtual pilot-workshop, this report explores the complexities posed by emerging technologies and their possible impact on nuclear weapon decision-making. 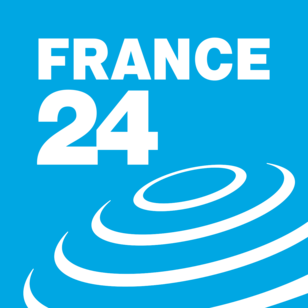