The fact that twenty years have passed without any progress in the field of multilateral nuclear disarmament and that the post-Cold War period of detente has been substantially wasted explains the frustration of a great majority of non-nuclear weapons states. This frustration led to a vote at the First Committee of the UN General Assembly. On October 27th 2016, 123 countries voted in favour, 38 voted against and 16 abstained on draft resultion L.41 which calls for the convening of a United Nations Conference “to negotiate a legally-binding instrument to prohibit nuclear weapons, leading towards their total elimination”. It is the first time that such a bold proposal has been adopted.

The supporters of the move have the ambition of dealing with multilateral nuclear disarmament in one single negotiation framework instead of the traditional step-by-step approach that has prevailed so far – unfortunately, with disappointing results. The resolution, which is still to be confirmed by a vote of the General Assembly as a whole in December, already establishes a date, venue, the participants, the rules of procedure and the duration of the negotiations. They are scheduled to take place in 2017 and all the 193 United Nations members will be invited. The participation and contribution of international organizations and civil society is also foreseen. The latter has actively supported the process leading to the adoption of the resolution and will likely also play a leading role in the future. The Conference will work for 20 days and will take place in two separate sessions. Unless otherwise agreed, General Assembly rules of procedure will apply. This may mean that, if a consensus is not reached, decisions will be taken by a majority vote. It is quite unusual for decisions on legally binding norms on strategic security matters to be adopted by such a procedure. The previous major multilateral treaties were negotiated in Geneva and based on the rule of consensus. The Conference will take place in New York, not in Geneva, where the competent negotiating forum, the Conference on Disarmament (CD), is based. This a blow to the CD, whose 65 members have not even been able to agree on their program of work for the last 20 years.

It is regrettable that the mandate of President Obama, a Nobel peace prize recipient, who had forcefully advocated reducing the role of nuclear weapons in the US security strategy, ends with a disappointing vote, precisely on nuclear disarmament. It is also regrettable that the European Union countries remain deeply divided over nuclear issues. Austria and Ireland, which belong to the five sponsoring countries of the text, together with Malta, Cyprus and Sweden voted in favour; the two European nuclear weapons states (France and UK) and the EU countries which are members of NATO (with the Dutch exception) voted against. Finland abstained.

A non-supportive vote is contradictory to the legally binding provision of article VI of the NPT “to pursue negotiations in good faith on effective measures relating to cessation of the nuclear arms race at an early date and to nuclear disarmament”. It also disregards the 1996 consensual advisory opinion of the ICJ indicating that “There exists an obligation to pursue in good faith and bring to a conclusion negotiations leading to nuclear disarmament…” A non-supportive vote is also an incoherent position for the states parties to the NPT: in 2010 all of them subscribed to the concepts of a world free of nuclear weapons and noted the catastrophic consequences of their use. Needless to say, all NATO and EU countries are parties to the NPT.

The large majority of the countries that have not supported this resolution are either nuclear weapon countries or nuclear-protected countries. It is likely that they will not participate in the Conference. This means that their voice will not be heard and their interests will not be taken into account. Many observers question whether it makes sense to negotiate a prohibition of nuclear weapons without the presence of most of the countries possessing such weapons. However, the successful outcomes of previous negotiations leading to the prohibition of anti-personnel land mines and cluster munitions indicate that meaningful agreements may be reached without the participation of the major players. Whether what worked for the prohibition of such conventional weapons with tactical uses like anti-personnel mines might also work for weapons of mass destruction, which have a strategic value, is still to be ascertained.

It is doubtful that the negotiating process which will be initiated in New York next year will deliver early concrete results. We should therefore not exclude that efforts can be made under the traditional step-by-step approach. The two processes must become mutually supportive. 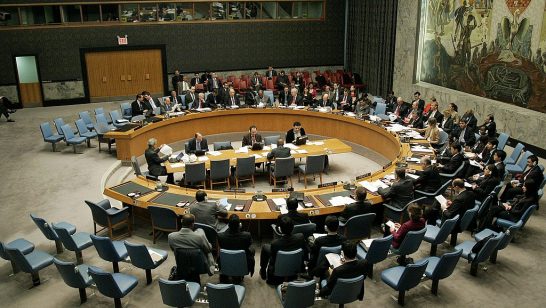 The P5 Process: The United States and the international security environment

US engagement in the process looks distinct from that of other members as it’s inextricably linked to its perception of the global security environment. 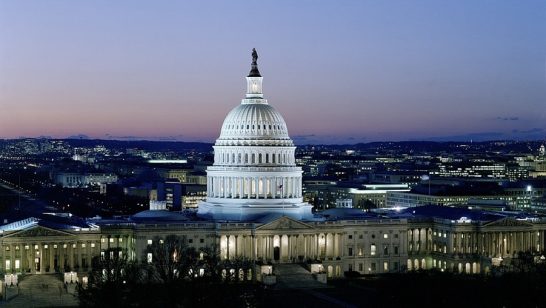