Later this month, states parties to the NPT will assemble in New York for the third Preparatory Committee meeting prior to the 2015 NPT Review Conference. Most experts have long anticipated that the two-week negotiation would be contentious given the lack of headway to date in implementing many of the tasks set forth in the 2010 NPT Review Conference Final Document. These tasks include 64 Action Items involving nuclear disarmament, nonproliferation, and peaceful use, as well as recommendations dealing with regional security.

Until recently, the conventional wisdom was that the most controversial issues were likely to involve Iran noncompliance, delay in convening a WMD Free Zone Conference on the Middle East, and the wide gulf separating Nuclear Weapons States (NWS) and Non-Nuclear Weapons States (NNWS) over the enormously popular humanitarian impact of nuclear weapons initiative. These issues, and especially the humanitarian consequences initiative, may still produce acrimonious debate at the forthcoming PrepCom. My guess, however, is that by far the most controversy will be generated by a topic that was on no one’s radar screen until last month—Russian annexation of Crimea.

The situation in Ukraine continues to evolve and it is impossible to gauge how acute the crisis will be in two weeks. There is a strong possibility, however, that Russian disregard for the 1994 Budapest Memorandum, in which Russia, the US, and the UK pledged to respect Ukraine’s sovereignty and territorial integrity in return for Kiev joining the NPT as a NNWS, will have a number of unintended consequences, most of which are likely to be damaging to the NPT.

The first possible, although improbable, controversy could entail a challenge by Russia to the credentials of the representatives who are seated behind the Ukrainian placard. If this challenge were to occur, it could lead to a very emotional set of exchanges at the outset of the meeting. Even if no credentials’ challenge occurs, there almost certainly will be very critical statements about Russian behavior by national delegations in their prepared remarks for the General Debate during the first two days of the PrepCom. These remarks will precipitate equally pointed responses by the Russian delegation, and have the potential to escalate into unusual but not unprecedented personal attacks. Were these to occur, it will poison the atmosphere for the remainder of the conference, and could even lead to a country walking out of the meeting.

If one is fortunate to avoid these pitfalls, the PrepCom will still have to confront very serious challenges related to the impact of the Ukrainian crisis on the perceived utility of negative security assurances, the role of nuclear weapons in national (and alliance) security policy, and the relationship between nuclear disarmament and nonproliferation. Already, representatives from some states have questioned the value and credibility of security assurances, and others have argued loudly (if unpersuasively) that had Ukraine retained the nuclear weapons on their territory when the Soviet Union collapsed it would have deterred Russian annexation of Crimea. Regardless of the merits of their arguments, it is clear that opponents of further arms control and disarmament have been empowered in many countries, and it will be increasingly difficult for states to deliver on the disarmament pledges made at the 2010 Review Conference.

The Ukrainian crisis also is bound to strain P5 solidarity—not necessarily a bad thing–if it leads some P5 members to be more forward looking than otherwise would be the case on issues such as the humanitarian consequences of nuclear weapons. More troubling is the potential for the crisis to undermine a very long and generally productive collaboration between the United States and the Soviet Union/Russia on nonproliferation issues, which persisted during some of the most frigid moments of the Cold War.

It is conceivable that the challenges raised by the Ukrainian crisis may prompt a greater sense of urgency on the part of NNWS for the need to devise new mechanisms to reinforce the sanctity of international law—the primary bastion of many states who lack other means of protection. For many states, however, recent developments in Ukraine will reinforce the view that “might makes right” and will lead to further doubts about the ability of the NPT to protect their vital national interests.

As the economic relations between the EU and China develop, the growing presence of China and Russia on the international stage presents concerns for the Union. Claudia Westwood argues that the EU must recognise that closer China-Russia cooperation would not signal a strong partnership, but rather the escalation of pre-existing economic cooperation only in areas of common interest. 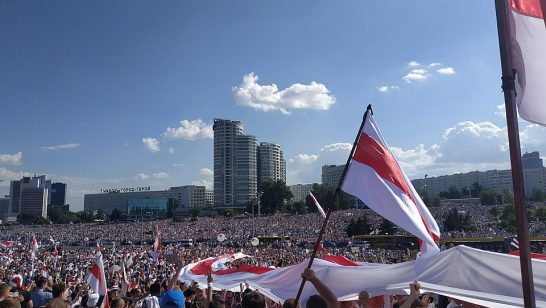