Over the past fifteen years, Europeans have been perfecting the art of engaging the Islamic Republic of Iran against the backdrop of adverse conditions. In 2003, France, Germany, and the UK, later joined by the EU High Representative (E3/EU) Javier Solana, intercepted Iran’s willingness to open negotiations over its controversial nuclear programme at a time the Bush Administration was adamantly opposed to talks. Eventually, the E3/EU’s initiative paid off, as it provided the avenue for the Security Council to agree on a combination of dialogue and sanctions to approach the Iranian nuclear issue. It was in an expanded E3/EU+3 framework (with the US, China and Russia joining the E3/EU) that the Joint Comprehensive Plan of Action (JCPOA), the Iran nuclear deal, was eventually concluded in July 2015.

The latest iteration of European Iran crisis management formats is a group comprised of the E3, the EU External Action Service (EEAS) and Italy (hence, E4/EU), which for a year has been having talks with Iran over Middle Eastern crises, most notably the war in Yemen.

As was the case with the E3/EU in 2003-4, the E4/EU’s action is unfolding in an extremely challenging environment. Iran’s activities in the region – notably its support for Shia groups in Iraq, President Bashar al-Assad in Syria, Hezbollah in Lebanon, and the Huthi rebels in Yemen – have won it a degree of influence that is deeply worrying to its rivals, namely Israel, Saudi Arabia and the United Arab Emirates (UAE). Most importantly, the Trump Administration has explicitly mentioned Iran’s “destabilising” role in the region as one of the reasons underlying its decision to renege on its commitments under the JCPOA and re-impose sanctions. Thus, Europeans are once again reaching out to Iranians at a time of mounting tensions between the Islamic Republic and the US.

An optimist would look at the E3/EU action on the nuclear issue as an encouraging precedent proving that persevering in engagement can eventually help create the conditions for major diplomatic breakthroughs. A realist would point to background conditions that make it unlikely for the E4/EU to repeat the E3/EU’s achievements.

The nuclear issue was nightmarishly complicated in technical terms, but politically it was rather straightforward: the point was to provide for verifiable guarantees of the peaceful nature of Iran’s nuclear programme. This was a goal both Iran and the E3/EU+3 could subscribe to, with the bone of contention being what such guarantees would be. The JCPOA ostensibly solved the issue. The equivalent to the nuclear deal on a regional level however – a grand bargain providing for regional security governance – is not in the cards given rising animosity between Iran and its foes.

Against this backdrop of increasing conflict, the scope of the exchanges between the E4/EU and Iran is inevitably rather limited. For a start, the exercise is about dialogue, not negotiation. Europe, after all, has little to offer as it only plays a marginal role in the flashpoints in which Iran is a main actor. But the E4/EU and Iran have had their own interest in avoiding framing their exchanges as negotiations.

The initiative was conceived in early 2018 after President Trump had made clear he was ready to quit the JCPOA unless the Europeans did more to address his concerns, including more forcefully confronting Iran in the region. The E3 sounded out Iran about its availability to set up a parallel track where they could discuss sensitive matters. The E3 hoped that President Trump would appreciate Europe’s willingness to act upon his concerns and desist from his intention of leaving the nuclear deal. For Iran, it was critical to avoid the perception that they were engaging in negotiations that could lead to concessions to keep the US in an agreement they were abiding by. They agreed to open “political consultations” exclusively on regional issues, but also expressed their preference for an expanded format comprised of the E3 – which the Iranians considered too prone to accommodate US objectives – as well as the EEAS and Italy, perceived as favouring a more balanced approach. This format was also seen as a stronger guarantee that the dialogue would continue even if the US left the JCPOA, as it eventually did.

The E4/EU and Iran held their first meeting during the Munich Security Conference in February 2018. They have since met three more times, once in Rome in May and twice in Brussels in September and December 2018. The exchanges, held at the level of political directors (deputy foreign minister for Iran), usually last for no more than half a day and with the EEAS performing chairmanship duties. There is no fixed schedule, with the parties meeting on an ad hoc basis (no date for a fifth meeting has been set). Thus far, Yemen has been the only topic discussed with some depth, although Syria was briefly covered in the last meeting.

Given their technical nature and narrow agenda, E4/EU-Iran exchanges have unsurprisingly had a minimal practical impact. However, it would be unwise to dismiss the exercise as futile. The E4/EU-Iran dialogue has provided for the only Yemen-related diplomatic platform involving Iran, despite the fact that Tehran’s support for the Huthis makes it a party in the conflict. E4 officials maintain that engagement has helped to consolidate Iranian support for the UN special envoy for Yemen. Iran’s attitude has played a part in persuading the Huthis to agree to a prisoner swap and further steps that would demilitarise the section of Yemen’s Red Sea coast where the majority of humanitarian assistance lands. While these steps – collectively known as the Stockholm Agreement – have so far largely remained on paper, they remain the only shared terms of reference for both the Huthis and the internationally recognised Yemeni government (and the Saudi-UAE coalition that is waging war on its behalf). The E4/EU-Iran dialogue can help clarify what actions can realistically be taken to bring forward implementation of the agreement, which the Huthis cannot afford to ignore if Iran throws its weight behind it. Ideally, the dialogue could perform a similar function of ‘forging consensus’ on limited matters on other issues, starting with Syria.

The E4/EU format has greater potential than meets the eye. One of the main advantages of the E3/EU’s action on the nuclear file was that it worked as a catalyst for EU consensus, which proved critical to undermine divisive tactics by Iran and mitigate US demands for action the Europeans considered excessively tough or at least premature. The E4/EU could generate convergence dynamics within the EU over Iran’s regional role. The E3’s recent tendency to move closer to the US-promoted narrative of Iran as the ultimate source of regional instability – through its support for proxies but also the development of its ballistic missiles – would be offset by the conviction by other European players that recreating a stronger basis of trust in Europe-Iran relations is critical. The EEAS, Italy, but also Austria and Spain have been instrumental in rephrasing a recent statement by the European Council so that it expressed concern over Iran’s activities on the ballistic front, in the region and in Europe (where it stands accused of planning assassination plots against dissidents) while also advocating a “balanced” approach, including dialogue. 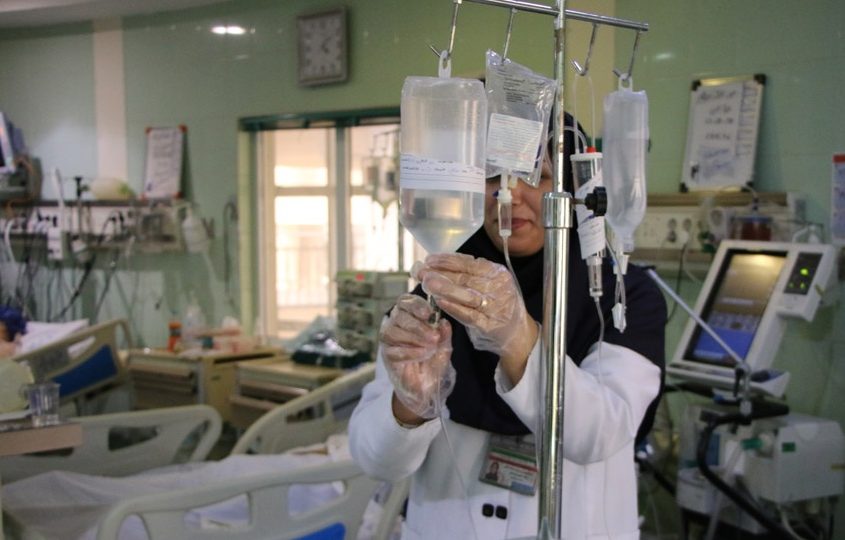 Policy brief
Mitigating US Sanctions on Iran: The Case for a Humanitarian Special Purpose Vehicle

The E4/EU could provide for a close-knit format where EU differences could be resolved on a regular basis rather than just in occasion of Council meetings. Critically, it would reduce the vulnerability of individual EU countries to pressure from the US. Washington’s request to Poland to co-host a conference on the Middle East where it hoped to get support for its policy of maximum pressure over Iran is a case in point. The fact that EU countries responded coldly to the initiative – even Poland made it clear it continued to support the JCPOA – point to an existing intra-EU consensus over Iran, which the E4/EU could help shape into policy positions. A first step involves establishing follow-up mechanisms that ensure homogeneity in the relaying of messages that the E4/EU hear from the Iranians to other critical players within the EU, across the Atlantic and in the region.

The importance of the E4/EU-Iran dialogue lies less in what it produces in terms of concrete actions than in the fact that the process exists. With the JCPOA on life support and the US and its regional allies – Israel, Saudi Arabia and the UAE – bent on exerting maximum pressure, the Europeans have a desperate need for keeping all channels of communication open. As with other initiatives – the E3/EU’s continued engagement in the JCPOA Joint Commission on the nuclear front and the creation of the INSTEX Special Purpose Vehicle (SPV) to protect E3-Iran trade from US sanctions – the point of the E4/EU is to persuade the Iranian leadership that diplomacy may be effective in resisting isolation. An E4/EU that gradually morphs into a shaper of EU joint positions could greatly help in this regard, in that it would keep the Europeans focused on their priorities, namely avoiding steps that could undermine their efforts at saving the nuclear deal and bring about a total breakdown in relations.

As the Iran nuclear deal enters its fourth year of implementation, ELN Policy Fellow Axel Hellman argues that its future looks more uncertain than ever. European leaders are under growing pressure to sustain the agreement and with growing frustration in Tehran and threats to European unity, face a number of challenges in the near term.