Karl-Heinz Kamp, Academic Director of the German Federal Academy for Security Policy, argues that the Wales Summit will mark the beginning of a fundamental reassessment of NATO’s role in protecting its members and remaining an important guarantor of stability on the international scene.

‘After Russia’s aggression against Ukraine, Putin’s illegal annexation of Crimea and the shoot-down of a civil aircraft (arguably by pro-Russian rebels) public awareness grew significantly and the question of “whither NATO” is back on the agenda. What will the NATO leaders decide in Wales to cope with the neo-expansionist tendencies in Russia and how will the Alliance’s future course look like? Will NATO go back to its founding mission of securing the European continent or will it preserve its 360° perspective as a global security actor?’

The NATO Divide in Finnish Politics by Tarja Cronberg

‘Periodic Finnish Security Reviews usually argue that the “NATO option” is open and, indeed, this is an accurate statement of the official position. NATO itself has repeatedly stated its willingness to welcome the country as a member, provided that the population supports the membership… The crisis in Ukraine however, has changed fundamentally the dynamics of the Finnish NATO debate. For many, it has been a wakeup call as much for Finland as for the whole of Europe. European borders are not, it now seems, sacred, not even the Ukrainian borders which were guaranteed by Russia and the US in 1994 when Ukraine abolished its nuclear weapons.’ 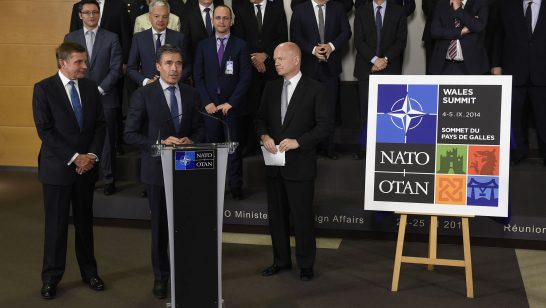 NATO at a Crossroads – Again: Recommendations for the Newport Summit

Ahead of the NATO Summit in Newport, Łukasz Kulesa, Research Director at the ELN, puts forward key recommendations on what a successful Summit would look like.

Avoiding War in Europe: How to Reduce the Risk of a Military Encounter Between Russia and NATO

Russia-West Leadership Group calls for new military memorandum of understanding between NATO, its partners, and Russia