Congratulations on your victory. In the months to come, you will be exceptionally busy building a parliamentary majority, fighting unemployment, and attempting to unite your divided country. But as president, like any leader, your first responsibility is the security of your citizens. Contrary to what some may think, jihadist terrorism is not the only threat looming over our continent. Regional tensions, uncontrolled migration, and state aggression pose significant risks to Europe. With President Trump’s cavalier attitude to European security and President Putin’s offensive posturing on the European stage, instability is on the rise. The post-war consensus on which European peace was built is today in danger.

France’s national security is directly threatened by the erosion of Europe’s security. Given the range of threats and the over-stretching of France’s armed forces, you have inherited tough strategic choices but limited means. France simply cannot protect herself on her own. And Europe cannot protect itself without French leadership. For France to stand tall in the 21st century so too must Europe.

Institutions which brought peace to Europe need to be strengthened. France has long been a pillar of European security but, as the UK leaves the EU and the US may disengage from Europe, it will have to shoulder more of the weight of our increasingly unstable continent. Mr President, you need to help making Europe’s institutions work. Here is how:

European security requires a strong European Union. You have made it clear that you want a strongerEurope de la défense but don’t split the EU by trying to build security and defence policy too quickly.The biggest threat to European security is the loss of European cohesion, so you must act wisely. Don’t be so proud as to pick and choose you allies short-sightedly. Reach out to more states than just Germany, Spain, and Italy. Reach out to smaller states. You have valuable allies in the East and North, and should engage with them. French and European security would benefit from increased cooperation with the Visegrád countries in areas of common interest such as joint capabilities development, interoperability, and defence industry. Also, choose your tools wisely. Don’t waste time creating new legislation and formats when you have a plethora already your disposal: EU Battlegroups, Europol, the European Defence Agency, to name a few. The Permanent Structured Cooperation (PESCO), which allows like-minded member states to take defence cooperation to the next level, could be a real game changer for the EU – but only if you reach out and include all capable and willing member states. On EU defence policy, France should lead by example.

Although the development of EU defence may be your top security priority, France’s engagement within NATO is just as important. Counting on American commitment may no longer be enough. There is political space for you to take the lead in coordinating European efforts. Push your allies to do more on defence – not so much the money they put in, but the capabilities they get out. And what could be better than encouraging stronger EU-NATO cooperation? Avoiding duplication, optimising resource allocation, and enabling joint operations would be a huge step forward for European security. France should take the lead in building a “European pillar” to increase European ownership of the Alliance and engage even better the EU’s non-NATO members like Sweden, and NATO’s non-EU members such as Norway or, soon, the United Kingdom.

You will understandably want to use the Franco-German engine of the EU project, but don’t forget about your most important defence ally in Europe: the United Kingdom. The Brits are likely to be frustrating when negotiating the Brexit deal, and may try to play the security card. But the EU-UK security and France’s rich bilateral security and defence cooperation with the UK are worth protecting against Brexit’s toxic mix. You have much in common with the UK – UN Security Council seat, full-spectrum defence capabilities, a nuclear deterrent. By all means, strengthen and expand the Lancaster House treaties. With Brexit, the EU will lose a quarter of the military capability available to it in principle, so being serious about Europe’s security means you will have to find arrangements for continued collaboration with the UK, bilaterally but also through NATO.

Of all candidates, you have good reasons to be wary about dialogue with Russia. But not talking to the Kremlin is not going to make the Russia problem better. Yet, neither Russia, nor France or the rest of Europe can afford another arms race or further deterioration of the relationship. On Ukraine, France should make the most of its role in the Normandy format to maintain sanctions and pressure on Russia to abide by Minsk II whilst keeping the lines of communication open. Dialogue needs to be re-opened and all parties must work collaboratively to restore the rules of the game or to agree to new ones.But don’t expect that relationship to transform overnight. And expect to have to negotiate toughly and be seen to do so.

Mr President, Europe faces enormous challenges. Your election has given hope to those who believe that the answers to our security challenges are to be found in more cooperation with others, not less. More than at any time in recent memory our continent needs strong leadership, supportive of a more united EU and a more capable NATO. 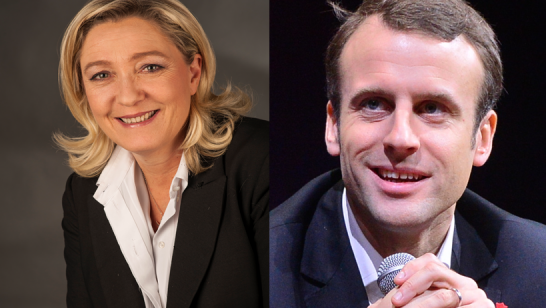 Why the French Battle for Europe Doesn’t End in May

ELN Researcher Alice Billon-Galland argues that Europeans should watch the French legislative election just as closely as the presidential one as the fate of France – and Europe – will still be in the balance on 8th May. 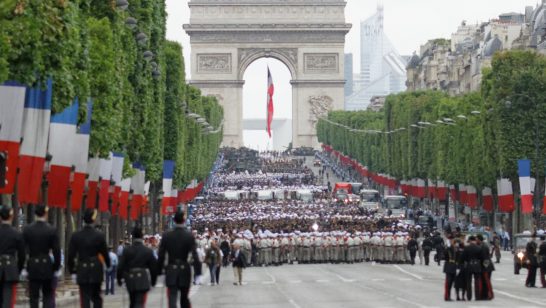