Over the past weeks, the European Leadership Network has convened network members from across wider Europe in a series of private conversations to gain a better understanding of the factors driving the current crisis and the options for its resolution. A key priority is to understand perceptions and preoccupations on both sides, including thoughts on possible ways out of the crisis. This is a summary of some considerations offered by Ukrainian participants during these conversations. As with all our publications, it does not reflect an overall view held by the Network or ELN staff, whose members have diverse views on the current crisis.

We held a parallel focus group with Russian network members which is summarised here.

Our Ukrainian participants are cautiously optimistic that Russia will not instigate a full-scale war on Ukrainian territory. However, localised escalation is certainly possible, and even in the case of de-escalation, major questions remain, especially relating to the extent of the West’s support for Kyiv, Ukraine’s chances at eventual full integration into Euro-Atlantic institutions, and the ultimate efficacy of Western sanctions against Russia.

Ukrainians hold differing opinions on the nature of the Russian threat. At the societal level, some citizens feel extremely worried and are preparing for the worst, while others are simply tired of being threatened by Russia. Experts are divided as well: some blame the US and Russia for the current crisis, claiming that Ukraine is simply being used as a pretext for dialogue between the two powers. Others believe that while large-scale war will likely not happen, escalation could certainly occur in specific areas, notably the Donbas. Finally, many Ukrainian officials have largely deemed the information campaigns and messaging from both the Russian and American sides to be a bluff.

Current discussions are now largely based around the question of whether Vladimir Putin will escalate or de-escalate the crisis. If Putin de-escalates, participants believe that Ukraine may not necessarily view it as a “victory”; after all, Putin already got a result he desired: he changed the conversation and forced other players to the table. Sanctions, while helpful in some areas, have clearly failed to inhibit Putin’s plans for the region. If Putin escalates, meanwhile, there are no winners – both Russia and Ukraine would suffer. Ukraine does not necessarily believe it can deter Russia in a full-scale war, but the Ukrainian army is likely more prepared now than it was in 2014 and has more resources as well. Participants do not think that Kyiv expects a full-scale war to occur, but if it does, Ukrainian forces are more effective now than before.

What do our Ukrainian members expect in the near term? For one, they think Putin does not want Ukraine to become stronger militarily. Thus, Moscow will likely put emphasis on demilitarisation and/or the cessation of military deliveries from Western countries. Additionally, they think that the Kremlin wants a mechanism that ensures that, de facto, Western countries will tacitly accept Russia’s control over Crimea. Third, Moscow will continue trying to destabilise Ukraine from the inside by taking advantage of energy crises, a worsening economic situation, and domestic political fights. Finally, Russia could attempt to force Ukraine to fulfil its obligations through the Minsk Agreement by using the Normandy format or other behind-the-scenes arrangements. Ukrainian participants’ perception was that Putin would see this step as depriving Ukraine of any future with NATO and the European Union, and firmly solidifying Ukraine as part of the Russian “umbrella”.

How should the West respond? Ukraine is not pleased about the position that Germany has taken – a sort of new ostpolitik. However, participants are pleased that Germany has been publicly criticised by many Western countries regarding its recent policies. Another positive step has been Western countries’ willingness to put the possibility of hard-hitting sanctions on the table, including the potential disconnection of Russia from SWIFT and/or the cancellation of the Nord Stream 2 pipeline. But even if sanctions succeed in deterring Russia this time, they may not continue to do so in the future. Furthermore, Ukraine understands that energy supply and price needs are likely to constrain Western sanctions on Russia’s energy sector. Thus, Western countries must diversify their energy suppliers to reduce their vulnerability to Russian manipulation. While initiatives are in place to achieve this goal, efforts have largely been unsuccessful so far.

Moving beyond the current conflict, Ukraine must also assess its chances of integration with NATO and the EU, goals which are now enshrined in Ukraine’s constitution. Given the nature of statements from NATO member states over the past couple of months, many in Kyiv do not see a strong possibility for Ukrainian integration into NATO or the European Union in the short term.

However, alternative options are not especially appealing for Kyiv either. The recently discussed “Finlandization” scenario for Ukraine, in which Ukraine would agree to not oppose Russian foreign policy while retaining its independence, would likely not be acceptable. A turn away from the West and toward Russia would be extremely unrealistic at this point as well.

Thus, participants generally agreed that Ukraine has little choice but to keep hoping for further integration into NATO and the EU, at least gradually. At a minimum, Ukrainian participants were keen to see the continuation of practical steps toward sector-by-sector economic integration such as further cooperation in energy structures. There are also opportunities to strengthen smaller security alliances, like the one newly planned between the UK, Poland, and Ukraine. Additionally, participants felt there should be a reaffirmation that one day Ukraine could be integrated into NATO.

Finally, participants were concerned that regardless of short-term developments, in the long run, Ukraine will continue to be held hostage by Russia. The West is now more prepared to implement sanctions, including some that were more controversial in 2014. Whether these efforts end up being effective is a different question. Regarding Ukraine itself, the emphasis should be on creating an economic and political “Ukraine success story”. This time, participants felt the West seems more prepared to pitch in. 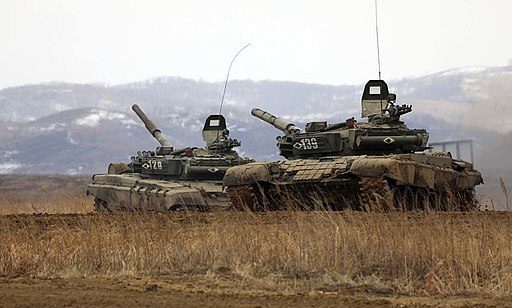