Compared to some of its predecessors, the UK’s Integrated Review on security and defence, published on Tuesday, is fit for purpose.

It makes it clear that the defence of the realm is no longer the responsibility of the Armed Forces to protect us on land, sea and air. To those must now be added both space and cyberspace. It is also good to see the recognition that only by top priority being given to science and technology will we achieve not just economic prosperity but thwart the malevolent objectives of hostile state and non-state actors.

It is particularly significant that there is an acknowledgement that we cannot rest on our laurels just because the number of Nobel Prizes that British scientists and engineers have won over the years has been world-beating. Where we have failed in the past is to ensure that British business and industry, and not just German, Chinese or American businesses, use these British discoveries to provide the products that the world will wish to buy, including in the military and security sphere.

It is these considerations that make this report entitled to call itself an “Integrated” Review.

On detail, President Biden will be pleased to see confirmation of the big increase in defence spending announced by the Prime Minister some weeks ago. This will take the UK Defence budget to 2.2% of GDP, which the Review notes in absolute terms is a larger spend than any other European member of NATO, including France.

However, there is an interesting divergence of priorities regarding this Review and the recent US Interim Guidance published by the Biden Administration. The US document identified China as the single overwhelming threat that the US now faces. Russia, in comparison, was bundled together with Iran and North Korea as only another serious problem. To demote Russia in this way will not have amused President Putin in the Kremlin.

The UK’s defence review puts it the other way around. While much is said about China, at present the UK sees Russia as its most serious threat. This may be a distinction without a difference reflecting the geography of the UK compared to that of the US. America is a Pacific as well as an Atlantic power. It is the dominant power in the Pacific, a status that China aspires to grab for itself in the years to come. The UK, in comparison, is an Atlantic nation, an extension of the European landmass. When Russia grabs Crimea, destabilises the Baltic region and murders, or tries to murder, UK residents living peacefully in Britain, the Kremlin becomes our most immediate threat. Despite the wording, in reality, the US and the UK are in very close agreement as to the twin threats of China and Russia and the need to counter them.

There is one part of the review that disturbs me. In the section of the report on nuclear weapons, the government states that our nuclear weapon stockpile will be increased from not more than 225 to not more than 260 warheads. The only explanation given is “the evolving security environment, including the developing range of technological and doctrinal threats”.

Given that this is the first increase in UK nuclear weapons warheads since the end of the Cold War, it would be sensible for the government to provide more information as to its rationale for this proposed change. Sir Malcolm Rifkind

While this is non-specific, it likely refers both to recent Russian rhetoric that implies that nuclear weapons could be available for warfighting, not just as a deterrent, and the evidence that China is making significant increases to its nuclear arsenal.

While these anxieties are understandable, the proposed increase in warheads is disturbing. It will weaken the effectiveness of the Non-Proliferation Treaty and invite severe criticism from many non-nuclear weapon states.

Given that this is the first increase in UK nuclear weapons warheads since the end of the Cold War, it would be sensible for the government to provide more information as to its rationale for this proposed change. It could do that without revealing any sensitive information or changing its policy of deliberate ambiguity which is entirely appropriate. 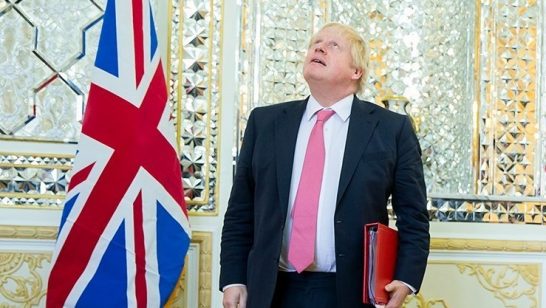 The UK-US-Europe ‘bridge’ on which London rested has now, for the most part, gone. Britain must now look to new styles of engagement in order to ensure strategic relevance and effective defence coordination.