Today, US Secretary of State Antony Blinken and Russian Foreign Minister Sergey Lavrov met in Geneva, to discuss the security situation in Eastern Europe. A plethora of meetings between Russian and different constellations of transatlantic and European actors over the past two weeks has yielded little immediate results, and certainly no breakthrough—but this is in line with the tempered expectations set by key players in advance of the talks, and the complexity and long roots of the issues under discussion. Indeed, following sessions of the US-Russia Bilateral Strategic Dialogue, the NATO-Russia Council (meeting for the first time since 2019), and the Permanent Council of the Organization of Security and Co-operation in Europe (OSCE), the primary area of agreement seems to have been that talks need to continue. Even this has been accompanied by a warning from the Russians about the “endless dragging out of this process”. For its part, the US suggested that should Russia choose to walk away, it would make clear that “they were never serious” about diplomatic solutions. Each side has put the onus on the other to de-escalate.

But the agreement to keep talking matters. Pre-emptive politicking aside, the need for these talks is readily apparent against a backdrop of increased military activity on the Ukrainian border. Wilfred Wan
Share

But the agreement to keep talking matters. Pre-emptive politicking aside, the need for these talks is readily apparent against a backdrop of increased military activity on the Ukrainian border. Arguably the talks would not have even taken place without the sense of urgency created by that activity. Russian troop build-up since November—characterized by US officials as “much larger and on a much more lethal scale” than that preceding the annexation of Crimea in 2014—has driven concerns about a potential invasion, despite repeated denials by Russian officials. Given the circumstance, some are understandably disappointed about the lack of agreed action to de-escalate tensions on the border; on the contrary, Russian forces announced live-fire exercises a day after the bilateral meeting. Yet, without overstating their impact, one should not discount the potential de-escalatory effects of the talks themselves.

Significantly, this last week was precipitated by Russia in December 2021 putting forth a list of proposals to the United States and NATO in the form of draft treaties. At the time, officials from both the US and NATO identified some of the proposals as “unacceptable”; some officials even speculated the demands were intended for rejection (the US raised concerns last week about a potential Russian ‘false flag’ operation to provide pretext for potential military action). Conflict remains possible. But there also exists the possibility that the proposals were meant to be what they’ve become: a negotiating tactic, and an opening salvo. Russian Deputy Foreign Minister Sergei A. Ryabkov observed that the US had taken their proposals “very seriously and studied them deeply”—then later in the week lamented the West’s rejection of key elements of the text as a “dead end” approach. Today, Blinken and Lavrov confirmed that the US had said it would send written responses to Russia’s security demands next week after consulting with allies and partners.

The text of those documents provided further insight as to the strategic concerns of the Russian Federation. Even if the proposals are not new, Russia elaborating its demands in comprehensive form underlines its recognition of the fragility of the current security landscape. The negotiations last week allowed the United States and NATO allies to directly interact with those concerns and reciprocate by sharing their own. The importance of achieving a “better understanding of each other and each other’s priorities”, as US Deputy Secretary of State Wendy Sherman put it, should not be underestimated—even at this late moment of time. Identifying so-called ‘red lines’ in the talks can establish the parameters for what could be negotiable and feasible, including the size of military exercises and deployments of missile systems.

These exchanges may also prevent States from inadvertently crossing ‘red lines’ on the ground that could drive escalation. Sherman suggested one issue with Russian troop activity was the lack of notification around exercises and manoeuvres; the Russians in the recent past have raised similar concerns about US exercises. The fact that the Russians listed among their list of proposals commitments to use consultative mechanisms, “regularly and voluntarily exchange assessments…, inform each other about military exercises and manoeuvres” and improve tools to “prevent dangerous military activities on and over the high seas” reflects shared concerns about inadvertent escalation. A systematic evaluation of the crisis prevention toolkit (and its implementation) appears as a feasible way to revitalize the NATO-Russia Council.

The meetings also held value by simply bringing together key players—in the Ukrainian crisis specifically and on the European continent broadly. While Ukrainian Foreign Minister Dmytro Kuleba referred to the “unsatisfactory week of big diplomacy”, Russia expanding its engagement beyond the bilateral Strategic Stability Dialogue with the US should be seen as a positive and necessary step from the perspective of broader risk reduction and de-escalation. After all, Russia has consistently expressed concerns about NATO’s Enhanced Forward Presence—the Alliance’s response to Crimea—as well as US missile defence systems. In general, allied and other non-nuclear weapon States are frequently developing capabilities and engaging in behaviours that can impact on crises; their engagement is critical in any de-escalation process or arms control negotiation.

It is worth noting that the activities under the microscope are frustratingly familiar. They include the deployment of short- and medium-range missile systems, the placement of missile defence systems, the concentration of armed forces, the size and scope of military exercises, among others. Indeed last week’s talks also serve as a clear reminder: both of the value of arms control agreements that could have restrained or provided greater transparency around these and other activities of concern, and of the fragility of such agreements, many of which have gone by the wayside in the face of the strategic context. As Russia and the West contemplate the future of strategic arms control, including in the working groups of the bilateral US-Russia Strategic Stability Dialogue, they would be remiss not to take onboard those lessons.

The modest positive signals discussed here may be of small comfort given the immediacy of the Ukraine crisis and the real possibility of military confrontation. Yet the lack of concrete outcomes to date should not be taken as a sign of the futility of talks, but rather a confirmation of the long and hard diplomatic work needed to reverse the slide and address the axes of distrust among great powers. UNIDIR’s work in the WMD space in recent years has highlighted the threat to international peace and security posed by underlying competitive and adversarial geopolitical dynamics. Reinforcing a sense of strategic predictability, and rebuilding the habits of cooperation necessary to reduce risk, recraft strategic arms control, and revitalize disarmament, requires States to first bridge existing perception gaps. Through that lens, and with proper follow-up, the intensive talks over the last fortnight should be seen as a modest but necessary step in the right direction. Whether it comes too late for key actors to ensure that the “eventuality” of escalation does not become an inevitability remains to be seen. 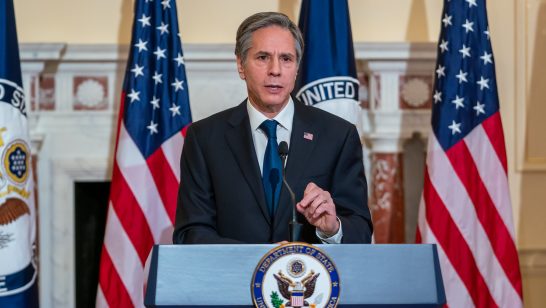 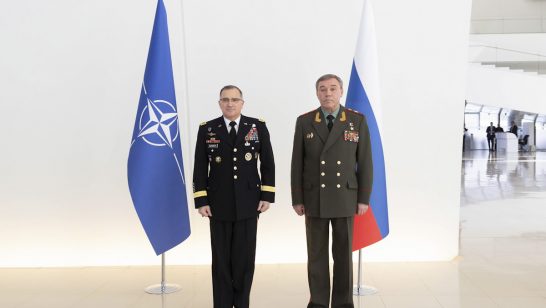