High-level officials from the five nuclear weapon states recognised under the Treaty on the Non-Proliferation of Nuclear Weapons (NPT) – China, France, Russia, the United Kingdom and the United States – met in London this week for the tenth ‘N5 Process’ (also known as the P5 Process) dialogue.

Among the objectives of this wide-ranging dialogue is to better understand each others’ nuclear doctrines and strategic intentions through an exchange of views, and so lessen the likelihood of a miscalculation or misunderstanding that could lead them to stumble into a nuclear conflict. They also discussed how they can contribute to fulfilling their responsibilities around disarmament, non-proliferation and the peaceful uses of nuclear technology within the context of the NPT Review Conference later this year.

Having failed to agree a statement in Beijing in 2019, where visceral distrust between the United States and Russia overshadowed proceedings, many are hoping that the UK’s chairing of the process this year will see substantive progress at a time when most experts perceive nuclear risks to be on the rise. In January, scientists moved the Bulletin of the Atomic Scientists’ ‘Doomsday Clock,’ that symbolically registers humanity’s proximity to existential threats, including nuclear annihilation, climate crisis, and cyber-based disinformation, to 100 seconds to midnight for the first time.

A key driver behind the growing fear of nuclear conflict is that the nuclear weapon states are seen to be failing to live up to their special responsibilities, both as the principal leaders of nuclear disarmament within the NPT, and as the Permanent Five members of the United Nations Security Council tasked with maintaining international peace and security under the UN Charter. Decision-makers in Russia and the United States, the two powers with the greatest nuclear arsenals, and hence the greatest responsibility to lead a risk reduction agenda, have ratcheted up their nuclear threats and failed to agree even basic principles in the last few years.

Meanwhile, the Trump administration has complicated the search for shared principles that might reduce the risks of nuclear conflict by putting pressure on China to join a new trilateral strategic arms control negotiating process, which has never been done before. The result is a strong pushback from China and suspicion on the part of both Moscow and Beijing of US intentions.

Officials involved in the N5 Process report that increased working level engagement is bearing some fruit: foreign and defence ministry officials are now able to directly communicate with their equivalents and negotiators have a better understanding of each other’s doctrine and posture than they did before. In this regard, the nuclear weapon states have produced a glossary of key nuclear terms, much derided amongst disarmament activists, but an essential step in ensuring that all countries are speaking a common language.

Arms control experts hope this glossary will be expanded with new terms in the coming meeting. In addition the N5 have been discussing increasing transparency around nuclear forces, a Fissile Material Treaty cutting-off the production of new weaponizable nuclear material, and joint-signature of the Protocol to the South East Asian Nuclear Weapon-Free Zone (also known as the Bangkok Treaty).

Against the backdrop of increased competition and distrust, the world is watching for a clear statement of aspiration that disavows the use of nuclear weapons in any but the most extreme circumstances, and which unequivocally affirms the continued importance of the NPT to all parties. On this point, the nuclear weapon states should issue an agreed statement that captures the spirit, if not the exact words, of the famous 1985 Reagan-Gorbachev statement at their summit in Geneva where the two leaders agreed that ‘a nuclear war cannot be won and must never be fought’. China had tried to secure five-power agreement to restate the Reagan-Gorbachev language last year, but this failed to secure a consensus, and there seems little appetite for reissuing the 1985 wording in London. However, not to issue some kind of statement – either this week or in the run up to the 2020 NPT Review Conference – would be a missed opportunity. A renewed statement would establish a clear principle by which the N5 could hold each other accountable for their future strategic behaviour.

Such a statement should signal an acceptance of mutual vulnerability based on the ability of the other side to strike back, and include wording – as the 1985 Joint US-Soviet Statement did – that neither side would ‘seek to achieve military superiority,’ a deep and mutual fear among US and Russian decision-makers today.

The Reagan-Gorbachev statement of November 1985 is remembered as the moment the superpowers took the first tentative steps away from Cold War confrontation. It only happened because Ronald Reagan and Mikhail Gorbachev wanted to meet face-to-face to reassure each other about their peaceful intentions. Reagan had come to realise that the Soviet Union did not believe US assurances of its good intentions, and Gorbachev appreciated that Soviet conventional and nuclear capabilities were provoking great anxiety in Western capitals. In other words, both realised that their own state’s actions had played a role in making the other feel insecure. Without this reciprocal empathy towards each other’s security concerns – what has been called ‘security dilemma sensibility’ – there would have been no summit, and no statement.

What is needed is for officials and higher-level diplomatic contacts among the N5 to demonstrate – as Reagan and Gorbachev did – empathy towards each other’s security fears. With a more positive climate, the N5 process of dialogue could be a key institution to foster new initiatives for trust and cooperation among the five, and, perhaps, in future, establishing common principles that can be extended to the other nuclear possessor states.

The opinions articulated above represent the views of the author and do not necessarily reflect the position of the European Leadership Network (ELN) or any of the ELN’s members. The ELN’s aim is to encourage debates that will help develop Europe’s capacity to address pressing foreign, defence, and security challenges.

During the UK’s tenure as coordinator, London has advanced the doctrines discussion and transparency-building efforts in spite of stark disagreements.

At present, current institutions underpinning the global nuclear order are not fit for purpose. New forums, such as CEND and “stepping stones”, serve a practical purpose of generating new ideas for promoting nuclear disarmament and reducing nuclear risk. 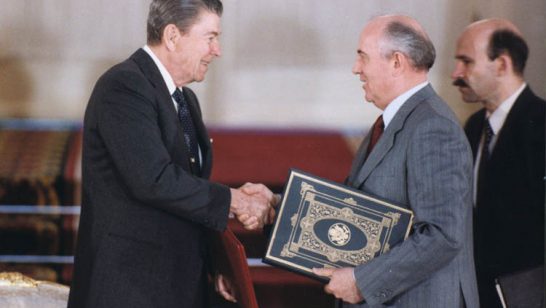