As the XXII Winter Olympics got underway in Sochi, several US politicians expressed their frustration at the apparent lack of cooperation from Russia, complaining that the US has been ‘shut out’ of the security operation. Speaking on CBS’s ‘Face the Nation’ programme on 9 February, Republican Pete King, who sits on both the House Intelligence and Homeland Security committees, argued that the Russians were not cooperating ‘to the same extent as the Chinese, British and Greeks’ did during previous Olympic games. (1) These public grumblings belie the reality that, behind the scenes, there is genuine and consistent operational-level cooperation between US and Russian security agencies. In fact, according to the US-Russia Bilateral Presidential Commission, security cooperation between the two countries is expanding, particularly in the areas of counter-terrorism and law enforcement. (2)

Both countries have a shared interest in tackling the threat from terrorism. The US has established a command centre in Sochi, comprising 150 security personnel drawn from the FBI, State Department and the Department of Homeland Security. It has also deployed two warships in the Black Sea (the USS Mount Whitney and the USS Taylor), has reportedly offered Russia the use of air assets and has been sharing counter-terrorism intelligence with Moscow. None of these developments suggest that the US has been ‘shut out’. To the contrary, they demonstrate a substantial level of cooperation between the two countries in pursuit of a common goal: an incident-free Games.

The complaints also demonstrate a lack of understanding of the Russian position. Moscow is sensitive to any perceived interference in its domestic affairs and has consistently opposed the involvement of external actors in its counter-terrorist operations in the North Caucasus. Thus it was always unlikely to share sensitive intelligence regarding internal security challenges, particularly intelligence that could portray the situation as not being entirely under Moscow’s control. The threat to both Russian, and potentially international, security emanating from the North Caucasus region is undeniable, highlighted by the Volograd bombings in December 2013 and the attack on the Boston marathon in April 2013. Although Moscow formally declared the end of its counterterrorism operation in Chechnya in spring 2009, there has been a conspicuous escalation in militancy and Islamist radicalism across the broader North Caucasus since 2005. Hosting the Winter Olympics in Sochi, just a few hundred miles from the ongoing insurgency, was always going to be a risk, offering an irresistible target. Last year Doku Umarov, the radical leader of the Caucasus Emirate, called on Islamist militants in the North Caucasus, to ‘do their utmost to derail the games’. (3) In an attempt to prevent an attack, Moscow has established a so-called ‘ring of steel’ around Sochi, swamping the area with security forces, installing over 5,000 surveillance cameras and setting up numerous check-points. Whilst the extensive security operation is likely to prevent attacks in Sochi itself, the extremists have proved adept at striking deep within Russia over the years: the Nord-Ost theatre siege in Moscow in 2002, Moscow metro bombings in 2004 and 2010, the Beslan school siege and airline attacks in 2004 and the bombing of Moscow’s Domodedovo airport international arrivals hall in 2011, to name but a few.

There are undoubtedly some serious differences at the highest level between Moscow and Washington, underlined by the absence of US President Barack Obama from the opening ceremony in Sochi. Russia supports a multipolar international system (reflected in key Russian strategic documents, including the 2008 Foreign Policy Concept, 2009 National Security Strategy and 2010 Military Doctrine) and has been very critical of US dominance, which it feels is destabilising. It has demonstrated a determination to maintain an independent line on international issues, in spite of strong US opposition: together with China, it has continued to oppose any international action on Syria and brokered a deal to dismantle that country’s chemical weapons’ arsenal in the wake of the August 2013 chemical attack in the suburbs of Damascus, and offered Edward Snowden temporary asylum in the face of US anger. There is also some resentment within Russian security organisations at the apparent US refusal to believe repeated warnings from Moscow about the links between the Tsarnaev brothers and radical Islamists in the North Caucasus, issued prior to the attack in Boston.

However, while the two countries may differ in terms of their political values, when it comes to matters of national security both are very aware of the need for effective cooperation and work together closely on counter-terrorism issues. Disagreement between Washington and Moscow over key international issues is likely to persist, as will vocal criticism of each other’s stance on issues such as civil liberties, Syria and missile defence. Nevertheless, away from the noise and headlines generated by these high-level disagreements, cooperation between US and Russian security agencies will continue, particularly in terms of counter-terrorism and counter-proliferation.

(3) Umarov issued his warning in a video posted on the kavkazcenter.com website in July 2013. 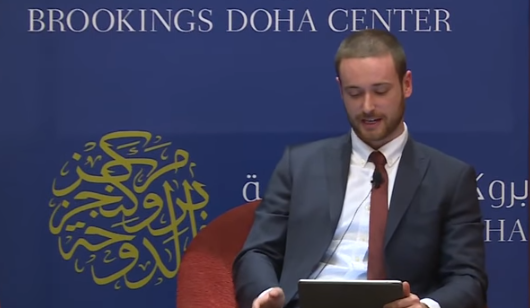 ELN Research Fellow Thomas Frear speaks at the panel discussion “The Bear Awakens: Russia’s Role in an Era of Uncertainty” at the Brookings Doha Center (BDC) on February 26, 2017.

The Statement by the Euro-Atlantic Security Leadership Group (EASLG) was featured in the POLITICO Morning Defense newsletter. A collection of arms control groups and advocates published a primer on Monday that recommends a series of “near-term steps” — including an agreement not to... 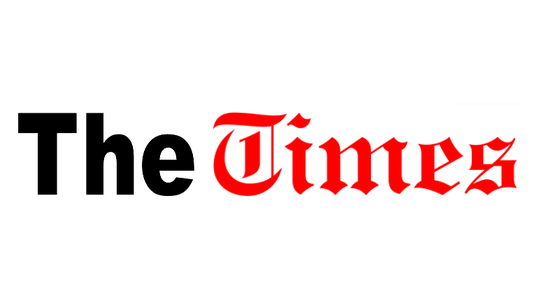 NATO-Russia statement, supported by the ELN, featured in ELN’s letter to The Times of London

The recommendations of 145 high-ranking signatories on how NATO and Russia might reduce the risk of inadvertent conflict, were published in a letter by the ELN to The Times of London.