Contrary to the predictions that Russian aggression against Ukraine would mark the end of Eurasian integration, the process seems to continue unabated. According to a treaty signed last year, the Eurasian Economic Union (EEU) was established in January 2015. It has already enlarged to include Armenia, and Kyrgyzstan is expected to join in the coming months. Is it time for the EU to start taking the EEU seriously and enter into an official relationship with this regional organisation, as proposed by Russia?

If the prospect of free trade between the EU and the EEU is taken seriously, the idea sounds attractive. It would be beneficial to remove the barriers to trade between the EU and EEU, and include Ukraine, Moldova and Georgia in the process, since both the EU and EEU countries are important trading partners for them. One could even imagine a free trade area stretching from Vancouver (and San Francisco), through Lisbon and Tbilisi, all the way to Vladivostok. To be sure, global multilateral trade liberalization is the best option in terms of increasing trade volumes and enhancing economic development. But regional trade agreements could also enhance welfare, provided they liberalise a substantial share of mutual trade, within a reasonable timeframe, and refrain from increasing trade protection to outsiders.

However one needs to take a closer look at the history of the EEU, as well as the actual trade policy decisions within the block, and not just statements about the desirability of a common economic space from Lisbon to Vladivostok. It will then become evident that rather than becoming a building block of the international trading system, the EEU is likely to function as a stumbling block. The creation of the Eurasian Customs Union (the EEU’s predecessor) resulted in an increase of trade protection levels by some of its members, primarily Kazakhstan. Increasingly frequent, and often unilateral, use of trade protection measures by Russia, and the fact that Belarus and Kazakhstan are not members of the WTO, further highlights the problems with integrating the EEU into a wider global trade system. Integration between the member states of the EEU itself is fragmented and vague, without even the completion of free movement of goods.

Moreover, in recent history Russia has been actively using trade protection measures as an instrument to influence the foreign policy priorities of the EU’s Eastern partners – Moldova, Georgia, and Ukraine. Moscow also argued that its economy would suffer damage if these countries implemented deep and comprehensive free trade agreements (DCFTAs) with the EU, exposing the perception of the trade liberalization as a zero-sum game and a threat rather than an opportunity to open its economy to competition, restructuring and technological upgrading. The EEU itself has become an instrument of Russian foreign policy, positioned as a regional block competing with the EU for preferential relations with the EU’s Eastern partners. However, in contrast to the free trade agreements proposed by the EU, which leave partners a sovereign choice of external trade policies, including possible free trade with the EEU, membership in the latter’s Customs Union would imply giving up powers of external trade policy and effectively depriving states of the possibility to liberalize trade with the EU on bilateral basis. As evidenced by the threat of Russian authorities to cancel the free trade regime with Ukraine if its DCFTA with the EU came into force in November 2014, removal of barriers to trade in Europe is hardly Russia’s main goal.

How can such policy be compatible with the idea of a greater economic space and free trade between the EU and EEU? The evidence given above suggests that the prospects of any kind of trade agreement between the EU and EEU, based on the principles of the WTO, are vague at best. The behaviour of the EEU and its members would have to change substantially. Russia needs to overhaul its trade policy from ardent mercantilism to rules-based open trade. Belarus and Kazakhstan would need to become members of the WTO. More generally, respect for the rule of law and observance of international treaties is crucial for any trade agreement to be meaningful. What can be said in this respect about Russia’s policy after the annexation of Crimea and the events that followed?

If these conditions are not met, the EU should continue dealing with each EEU member bilaterally. The start of official talks between the EU and EEU would only result in muddling through the technical debates without the prospect of any tangible results. The EU’s initiative could also serve as a springboard for propaganda messages from the Kremlin about the importance of the EEU, useful to justify the methods used to coerce Eastern neighbours into joining the organization.

Some could argue that due to the importance of this issue to Russia, the decision of the EU to enter into official talks with the EEU might be offered in exchange for modifying Russia’s policy towards Ukraine or assuring its wider compliance with international norms, including WTO commitments. The issues paper on the EU’s relations with Russia leaked to the media before the Foreign Affairs Council meeting of 19 January 2015 is a good illustration of such thinking. However, attempts at a package deal along these lines would carry a high risk of failure. The policy record of Russia shows that its goal is not to liberalize trade, but to gain veto in the matters of sovereign policies of its neighbours. It would also have important negative side-effects for the EU in terms of its reputation and effectiveness of its Eastern neighbourhood policy.

The idea of a common economic space from Lisbon to Vladivostok is attractive and could be beneficial to all the parties involved. But the behaviour of those who keep bringing up this topic is totally incompatible with the vision. Only after Russia changes its approach to international norms and trade relations, and the EEU turns into a building block of an open trade system, this vision of a common economic space could be achieved. Right now, it is used more as a cover up for the attempts to derail the talks between the EU and the US on the Transatlantic Trade and Investment Partnership (TTIP). Instead of chasing the EU-EEU partnership mirage, the EU should focus on the negotiations with the US and invest adequate efforts into informing the population of its member states about the effects of the transatlantic economic partnership. 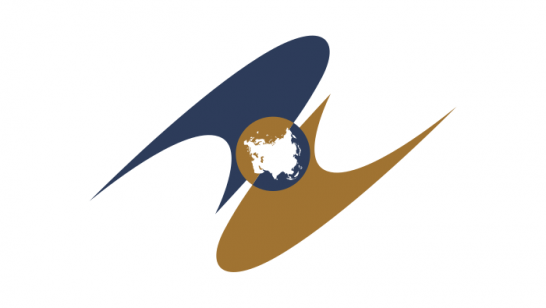 On 17 September, the ELN conducted a small roundtable of relevant ELN members and external experts to consider how to move the EU forward on technical standards with the EAEU. 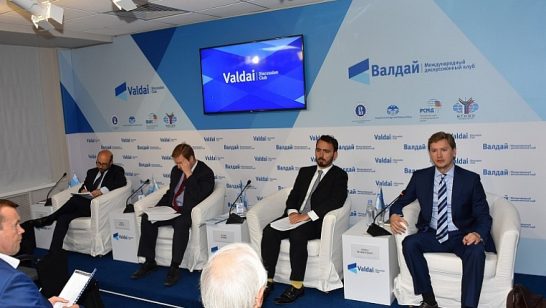