The time is long overdue for Parliament to take its vote on the main investment decision to build the four successor SSBN to replace the now ageing Vanguard class. Having delegated its democratically elected leadership responsibilities over the UK’s membership of the EU it must make this equally strategic decision for the country in this session. At stake is not only the bedrock of the security of the UK and her national interests, but those of our Allies in NATO and further afield.

For a decade, under a variety of multi coloured umbrellas against continuation of the UK’s nuclear deterrent (the unilateral pursuit of a selective part of NPT Article VI, the morals or cost of nuclear weapon ownership, a desire to lead the field unilaterally in response to President Obama’s 2009 Prague speech and a general distaste from some of being a nuclear weapon state et al) there has been a sustained, if ultimately incoherent, campaign against the Labour Government’s decision in 2006 to sustain the UK’s nuclear deterrent by replacing the soon to be ageing Vanguard class SSBN with a “like for like” successor SSBN.

That decision, argued coherently in the Defence White Paper of that year was endorsed by Parliament in 2007, and two successive Strategic Defence and Security Reviews (SDSR), by the Coalition Government in 2010 and the Conservative Government in 2015. These reviews reiterated both the requirement with some adjustments in scale and the intent despite significant changes in the pattern and extent of security challenges faced by the UK and its Allies identified in each review and since 2007.

The Coalition agreement of May 2010 allowed that the Liberal Democrats within the government would conduct a review into potential alternatives to the successor SSBN fielding TRIDENT missiles with UK warheads in order to deliver the necessary deterrent effect. That classified review (the Trident Alternatives Review) was commissioned in 2011; I was closely involved in supporting the Ministers and senior civil servants conducting that review and it was the most searching and status-quo challenging possible. The Review reported in the summer of 2013 in a full and highly classified report to the then Deputy PM and the PM and a detailed but unclassified summary was released on 16 July and debated in Parliament the following day.

The continuing government position was also tested by the British American Security Information Council independent, cross-party commission between 2011 and 2014. Its report was more equivocal than had been expected, reflecting the deeply held and different views of its admirably balanced panel of expertise. There is much in the report with which I disagree, yet there is much which, while not in line with current HMG policy, deserves further work as part of the parallel tracks of maintaining a necessary and credible minimum deterrent while seeking more concrete and omnilaterally agreed steps towards reduction and long-term disarmament.

While the nuclear deal with Iran offers some hope that at least this small part of the nuclear threat, actual and potential, may be reduced, the recent rhetoric, revised doctrine and actions of Russia and the DPRK in particular shows that the potential for nuclear blackmail and nuclear weapon employment in furthering of those nations’ agenda has significantly increased since the analyses of 2006 and 2010. NATO has already made some fundamental changes to its posture towards Russia as a result, and I expect the imminent Warsaw summit to strengthen the position taken at the 2014 Wales summit regarding the fundamental need for strong and coherent nuclear deterrence to underpin the collective security of the Alliance.

The decision to hold the EU referendum was of concern to our Allies in NATO, including those who are not also EU members. The still barely believable result of the referendum has placed in doubt by association the UK’s long-term commitment to the post WW2 European peace project which has been underpinned by both the EU and NATO. Allies are worried; adversaries heartened and a decision to further delay the acquisition of the replacement SSBN would only reinforce those opposite reactions.

In addition, a continuation of the strategic disengagement perceived by observers of the political maelstrom following the EU “Out” vote risks serious harm our relationship with the US. Across a broad spectrum, seen through US eyes, of European military dilatoriness within NATO, the continued burden sharing by the UK (and France) of NATO’s nuclear deterrent has stood as a key marker that the US is not alone in underwriting European defence. The US and France share the UK’s repeated analysis of the continued need for robust nuclear deterrence; in many ways both of our Allies see this as even more trenchant than we do. France has already replaced her ageing systems and the US will undoubtedly do the same.

This consensus amongst three allies with often wildly differing world views is not group think, nor is it unstoppable industrial complex inertia. Our closest Allies face equally challenging economic futures. Decisions to replace components of their nuclear deterrent systems undoubtedly come at a domestic economic cost. They recognise, however, as have successive UK governments, that nuclear deterrence is an intrinsic component of the strategic stability which has largely endured since 1945 and which has underpinned the generation of the globalised economy upon which we all now depend.

Only within this strategic stability, underpinned by necessary deterrence, can the nuclear weapons states make progress on the significant issues within the nuclear Non Proliferation Treaty by addressing the so-called tactical nuclear weapons untouched by the US Russia START agreements and make real progress in understanding a workable path to genuine reductions equitable and acceptable to all states with nuclear weapons. Misguided unilateralism or democratic constipation caused by the EU issue will not generate progress in this area. The evidence for replacing the SSBN and maintaining TRIDENT based deterrence remains overwhelming. Parliament must vote before the recess and should vote to approve the investment in continued security for ourselves and our Allies.

This paper charts Poland’s security concerns and changing foreign policy considerations, and sets the country’s approach to the nuclear question within that wider context. 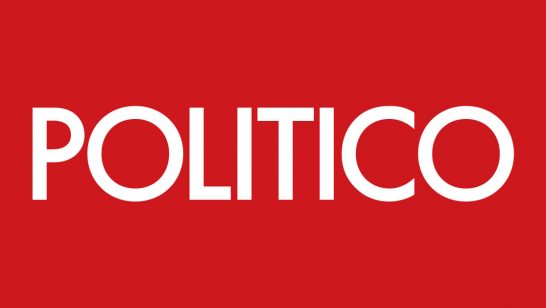