This summer, I left the world of academia and took my first steps into the field of international security. I consider myself an empowered woman. In both my undergraduate and master’s degrees, women outnumbered men on the course. My thesis supervisors were both admirable and accomplished women. While acutely aware of the gender hierarchies that exist in the world, I have graduated from higher education without feeling that any specific opportunities were denied me because of my gender. In reality, emboldened women entering the field of security now are still very much constrained by both external and internal hurdles.

The presence of women helps elevate the concerns and priorities of other women in the industry and ensures that the best of the population are given opportunities in the workforce. More than this, representative leadership benefits the functioning of security organisations. The actors that analysts seek to understand, influence, and reach are diverse, and a variety of voices within an organisation increase its efficacy. Different perspectives enrich conversations and lead to more nuanced policy; meaning everyone has a stake in increasing representation.

Despite gender initiatives in international security, women still aren’t at the table. Structural obstacles in the field have typically accounted for low representation in panels, think tanks and organisations overall. Underrepresentation is found in academic institutions, in low female representation on reading lists, in citations, and university lecturing positions, and in military and governmental sectors, this divide remains. Only 13% of Defence Ministers worldwide are women. In the EU, the proportion of foreign ambassadors who were female peaked at just 22% in 2014.

The Lowy Institute found barriers to seniority for women in international relations and security to be both horizontal and vertical. Vertically in that women often felt overlooked for promotions and assignments because of their gender, and horizontally, that women were more likely to be found in positions perceived as ‘softer’, such as corporate, public policy, or human security, rather than operational or intelligence roles. Moreover, Women in International Security Washington (WIIS) found that many think tanks appeared to show bias against hosting events around a single woman (global leader, president), while the same was not true for their male counterparts. Similarly, women on panels were often given moderating positions, rather than featured as expert speakers.

A limited presence means that women who have achieved high-levels are often oversubscribed and unwilling to take on new projects, making inclusion initiatives difficult. This lack of representation has consequences for women entering the field, too. There is evidence that having role models is key to the advancement and goals of women, and women at the top have resources to wield to assist those entering the field. While I am conscious of placing the burden of ‘fixing sexism’ on those who face it, I have seen first-hand how effective this can be. The first time I spoke at a panel event was a direct result of the moderator’s intervention noting that male voices had dominated the Q&A and that a woman’s voice was needed.

Aside from inspiring younger generations, women who act as role models can help change gendered perceptions of roles. The most effective way to combat the masculine connotation of security is for more women to enter the field and prove it need not be gendered. Mentoring programmes are also known to be effective at motivating and enabling early-career women to rise in station. They facilitate connections allowing for the conferring of advice and opportunities. Furthermore, they are instrumental in building self-assurance and confidence in one’s contributions by providing space to air thoughts and ideas and receive feedback.

Networking is a key facet of professional life – a LinkedIn study found that 85% of jobs are filled in this way – yet among women, a culture of networking is surprisingly lacking. Statistics show that women tend to create a small network of lasting professional relationships, where men opt for broader networks. As women are statistically much more likely to network with other women, this makes it much harder for young women to establish such connections. This could be a result of women having less of an online presence – a study by Women Political Leaders found that women in power are more likely to receive personal abuse online, directed at their appearance and family, than their male counterparts. However, it could also be a result of ingrained biases which encourage women to be modest. This gendered modesty often inhibits women on both sides of the conversation from networking and dissuades women from leveraging their networks. Networking should be normalised and promoted among women, and those who have achieved success should be encouraged to share their accomplishments. These shifts in thinking can have a significant impact on women’s representation.

Men and women both have a role in combatting these trends. Recruitment policies and adverts are often targeted, unconsciously, at men. Security is already perceived as a masculine environment, and gendered language may further dissuade women from applying. Hiring practices should continually be reviewed to promote the equal consideration of female candidates. Workplaces must be hospitable for female employees. Beyond operational measures, there needs to be a conscious effort to amplify the voices of women in security. Simply encouraging women to step up overlooks the systemic factors which discourage their participation. In this area, small gestures can make a big difference.

The presence of women is slowly increasing in the field of international security. Think tanks and initiatives dedicated to this end goal, such as Women in International Security, Women Political Leaders, Gender Champions in Nuclear Policy, Girl Security and others, have been making strides in this area. The women that are serving in positions of authority that I have interacted with in professional posts, and classmates entering professional fields all over the world, inspire much hope in me for the future of gender representation in defence and security. As representation increases, we must remember that there is much to do to help women maintain positive momentum.

This important initiative brings together senior figures in organisations working on nuclear issues with the goal of breaking down gender barriers in their spheres of influence. 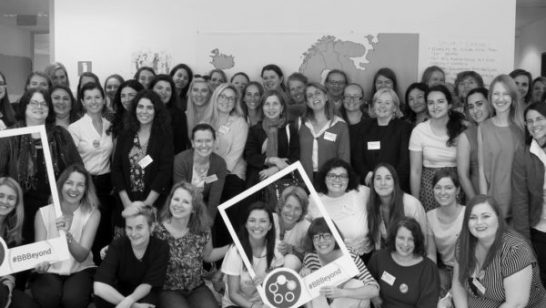