Since a European Council meeting on defence in December 2013 many decision-makers, security policy pundits and opinion shapers have prepared themselves for a next defence-focused Council meeting as an essential stopover in the process of strengthening of European defence. Yet, a well-known truth (especially in the EU) is that even the best plan (especially if it concerns defence) can get overshadowed by events. Indeed, the European Council of June 25-26 – initially scheduled to extensively debate European defence – was ultimately monopolised by “Grexit” and the Mediterranean refugee crisis. Unfortunately, only in the margins of the meeting was the High Representative for Foreign Affairs and Security Policy given a mandate to formulate, by June 2016, in close cooperation with the Member States, an EU Global Strategy on foreign and security policy.

The review comes not only in a challenging time for the EU, but also in an extremely difficult and unpredictable moment in global affairs. Indeed, the European project is increasingly challenged by internal forces and the EU is surrounded by an arc of instability. A conflict, both internal and external, will remain a new normal in the years to come. Therefore, one should not expect that the review process will be a panacea to solve all ills of the EU’s foreign policy. In fact, its main goal could be best embraced by a slogan “realistic expectations could turn your weakness into strength”.

The EU has no time left for procrastination. The document should embrace a realistic pro-active stance defining key EU local, regional and global interests. In short, it should go beyond the art of “Aussitzen” – i.e. kicking the can down the road – so perfectly mastered by German Chancellor Helmut Kohl.

A new EU global strategy on foreign and security policy should be based on five pillars.

Firstly, stabilise Europe’s neighbourhood. The EU’s top priority goal should be to ensure that the current “ring of fire” which surrounds Europe is gradually put out. This cannot be achieved by redoubling, as suggested High Representative in her report “The European Union in a changing global environment. A more connected, contested and complex world”, but by tripling our commitment to the European neighbours. The EU engagement process should primarily concentrate on security policy aspects which must be supplemented by development cooperation, humanitarian assistance as well as trade and migration policy. Moreover, the EU actions in both its eastern and southern neighbourhoods should finally be rebalanced, including in terms of operational presence as missions and operations remain one of the most considerable EU success story.

Second, strengthen European defence. The Russia-Ukraine conflict, including its constantly developed hybrid warfare component, as well as collapsing states and thriving terrorist networks in the Middle East and North Africa have confirmed that defence still matters for the EU. The world will neither be safer nor more just if Europe disarms. On the contrary, future generations of European citizens would likely face an international environment less amenable to both their socio-economic and security needs. Therefore, a new EU strategy should address both the development of Member States’ military capabilities as well as the necessary measures to facilitate the restructuring of the European defence industry in order to enhance Europe’s technological edge. Moreover, the missions and operations remain a powerhouse of the Common Security and Defence Policy (CSDP). Therefore, a security sector reform could evolve into a trademark EU contribution to solving crises in its neighbourhood. The EU Advisory Mission for Civilian Security Sector Reform in Ukraine (EUAM Ukraine) is a perfect example of how to effectively use a comparative advantage of the CSDP toolbox. Finally, the EU should not exclude a creation of a defence pledge (to borrow from NATO’s Wales Summit language) of its own. In fact, it could be based on an innovative formula going beyond a single indicator based on a GDP target.

Thirdly, elevate the Transatlantic partnership to a higher level. The EU’s relationship with the United States has an untapped potential. In the security dimension, Russian aggression in Ukraine should lead to closer and more robust EU-NATO cooperation. Both organisations should search for additional synergies as they have no interest in accommodating a revisionist power in their eastern neighbourhood. Both the EU and NATO should aim at orchestrating their response to Russian hybrid warfare, a combination of military and non-military, conventional and irregular components. Enhanced strategic communications, coordinated exercises and prioritising of cybersecurity could constitute a good starting point. In economic terms, the Transatlantic Trade and Investment Partnership (TTIP) has every potential to become an “economic NATO” and to create a win-win situation by stimulating growth and creating jobs on both sides of the Atlantic. Therefore, TTIP should be perceived as a transatlantic way of shaping global connectivity and managing the process of globalisation.

Fourthly, build a strategic partnership with Asia. The EU should aim at embracing a fully-fledged role in Asia which could go beyond a purely economic approach. The EU should try to position itself as a committed and constructive political and security actor as disputes and conflicts in Asia could have a negative effect on global economics and security. Moreover, such a pro-active approach could further enhance the EU-US relationship by adding another geographic layer for potential joint actions.

Fifthly, have a creative impact on the progress of new cyber technologies. The internet – whether we like it or not – creates a parallel world that cannot be fully controlled and governed. The EU’s role should be to shape the cyber agenda in such a way that it reinforces Europe’s liberal values and strengthens our vision of the world. With an expected 5 billion users by 2030 the internet constitutes a perfect venue to remind the world about the EU’s “soft power”. Yet, it cannot be denied that the EU’s capabilities to build a legally binding international framework to control the cyberspace will probably still be insufficient.

A new EU strategy on foreign and security policy should, as James Rogers rightly underlines in his article for the European Leadership Network, “contribute to the development of a comprehensive European ‘will to power’”. Yet this goal could only be achieved in an inclusive process which should embrace the shared interests of the EU Member States. Only then the EU could proceed from having a strategy to implementing it.

The opinions articulated above represent the views of the author(s), and do not necessarily reflect the position of the European Leadership Network, any of its members, or the Ministry of Foreign Affairs of the Republic of Poland. The ELN’s aim is to encourage debates that will help develop Europe’s capacity to address the pressing foreign, defence, and security challenges of our time. 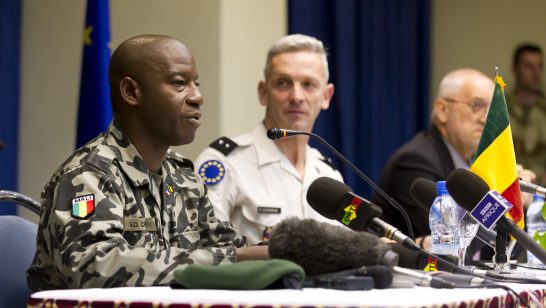 What does the EU’s new Civilian CSDP Compact mean for European strategic autonomy?

Today the debate over European ‘strategic autonomy’ revolves mostly around the military aspects of the EU security and defence policy. However, the Union’s added value vis-à-vis other actors in the field has often been within the civilian realm.