As EU leaders meet for their latest summit this week, it is becoming increasingly clear that there is more at stake than the future of the single currency. The US pivot to Asia, Europe’s failure to collaborate effectively on defence, and now the economic crisis in the euro-zone, are combining to leave NATO at risk of fracture and Europe largely powerless to shape the international politics of the 21st century.

To see the dangers, consider first the changes underway in the geo-political environment. The most significant developments here are the rise of China and the instability still sweeping the Arab world. An additional subsidiary factor concerns the U.S’s rapid progress toward energy independence. All three of these developments are of consequence not only for the US and Asia but also for Europe.

The US is responding to the first with its pivot to the east. As a by-product, for the first time in over seventy years, Europe is ceasing to be at the centre of the US’s world view. At the same time, the turmoil in the Arab world is contributing to an arc of instability across north and east Africa, the Gulf and central Asia. This arc increasingly stands between Europe and the energy and raw materials it needs to import. The U.S. underwrites what security there is in the Gulf in particular, but as it comes to rely less and less on Gulf energy supplies while Europe remains hooked, more Europeans need to ask for how long will it be willing to do so?

Second, consider the weakness of the European response to this wave of change. At the level of words the Europeans know what is required, namely more cooperation within Europe to deliver the kind of defence and security capability that no European country can provide alone. But progress is vanishingly small and painfully slow.

The problem, for once, is not money but jobs. The European countries of NATO alone still spend more on defence in purchasing power terms than do China, Russia and India combined. Most of this defence expenditure goes into inefficient militaries that produce little by way of deployable capability to meet current threats. It also produces local, European, often highly-skilled jobs. Intensive European defence collaboration to achieve economies of scale would involve many of these jobs going, an understandably unattractive prospect to the workers concerned, and the trades unions and politicians that represent them.

Third, now play into this environment a scenario in which the euro collapses, and consider what kind of economics and politics we are likely to see in Europe in that eventuality.

Post collapse, EU efforts to preserve the single market would come under immense domestic political pressure from southern European countries perceiving the least benefit from it. It must be highly questionable as to whether the single market could survive. More likely is a series of competitive currency devaluations among states seeking relief from depression era levels of unemployment. Free movement of labour would probably go, given the intensity of debate on immigration already visible. And a further erosion of support for mainstream political parties is likely, since many of these   introduced and have supported the euro. Italy’s Five Star Movement, and the French National Front will find fertile ground alongside Greece’s Golden Dawn, as part of a fundamental shift to more extreme politics.

The idea that all or some of this could happen while leaving European defence and security structures unaffected is nonsense. There is no chance of Europe’s many political systems sustaining European defence collaboration in this political climate. The continent that could not deliver this in the good times will not deliver it in the bad. As a result, Europe will remain hopelessly ill equipped to take more responsibility for its own security at just the point when the U.S. is preoccupied elsewhere. Transatlantic burden-sharing arrangements, already creaking, will be further and potentially fatally undermined by this continued European failure to deliver.

Europe would also be dead as a serious geo-political actor on the world stage in this scenario, and the individual countries of Europe, including Germany, would largely be bystanders as the major powers elsewhere carved up the political, economic and cultural landscape of the 21st century.

And expect consequences for NATO membership too.   SYRIZA, the opposition grouping which came close to winning power in Athens just over a week ago, and which may still come to power has made clear its preference for pulling Greece out of NATO. Other new and growing political forces across Europe can be expected to make similar noises.

These potential security consequences of economic stress were well understood by the original drafters of the North Atlantic Treaty. In the aftermath of the 1930s and the Second World War, Article 2 of the Treaty committed the Parties to work together to preserve the economic conditions necessary for peace.

How little our leaders seem to learn from history. Individually and collectively, they are failing to recognise that the euro-crisis is a defining moment of challenge not only to the economic but also the security institutions upon which the West relies. By refusing to grasp the nettle on European defence and security collaboration moreover, the leaders of Europe in particular have laid bare a painful truth: that they find subsidising the inefficient defence jobs of yesterday a preferable substitute to coming up with a compelling vision for the economic, political and strategic future of Europe. 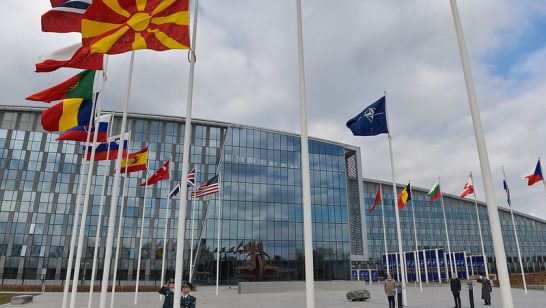 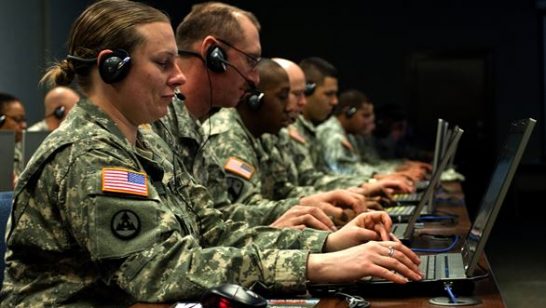 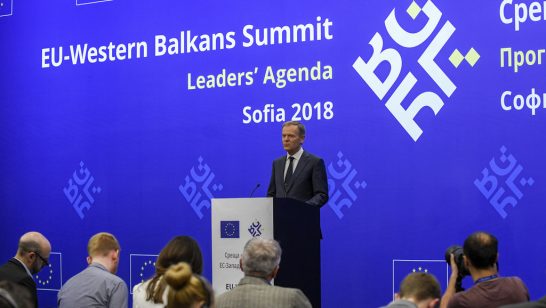