In April 2009, Barack Obama came to Prague to deliver one of the most important speeches of his life. Talking to a crowd at the Hradcany Square, he expressed “clearly and with conviction” the commitment “to seek the peace and security of a world without nuclear weapons” [1]. While his specific pledges reflected an agenda that was more incremental than revolutionary, the main message was simple enough to be understood by everyone: the President set the goal of reaching “global zero” as the U.S. administration’s priority. The international pundits and NGO community went ecstatic over the prospects of this new Prague spring, as evidenced by the 2009 Nobel Peace Prize awarded to Obama. The caveat included in the speech, stating that the U.S. will “maintain a safe, secure and effective arsenal” as long as necessary, was conveniently overlooked.

Five years later, the excitement which accompanied the Prague speech has given way to cynicism and gloom. The United States has embarked on a major program of overhaul of its nuclear weapons arsenal. Its nuclear doctrine has only marginally narrowed the circumstances in which nuclear weapons may be used, as a number of U.S. allies covered by extended deterrence have objected to major modifications, fearing that their security would no longer be credibly guaranteed. The prospects of CTBT ratification look as remote now as five years ago, since the suave behind-the-scenes promotion of the treaty in the U.S. Senate did not produce substantial results. Following the signing of the New START in 2010, Russia has rejected all U.S. overtures aimed at negotiating a new agreement on reductions, this time including the arsenals of non-deployed and so-called non-strategic nuclear weapons. Apart from the reductions announced by Great Britain in 2010 [2], no other nuclear weapon state answered Obama’s call to decrease the numbers and role of nuclear weapons in their doctrines. Worse than that, security challenges as diverse as North Korean provocations or Russian aggression against Ukraine have made the demands for nuclear deterrence more frequent also among the public in many non-nuclear states. On the non-proliferation front, the policy vis-à-vis North Korea can be best described as strategic helplessness. The regime there has progressed in developing its nuclear and ballistic missile programmes with very little regard for the position of the U.S. administration.

Still, it would be an oversimplification to describe the Obama presidency only in terms of unmet expectations. Two major accomplishments stand out. Firstly, and perhaps most importantly, the President forced the Pentagon into a long-overdue reflection about the role of nuclear weapons and deterrence, paving the way not only for the New START, but also for a next round of reductions. As Obama himself stated during a speech in Berlin in 2013, this future step (which would require reciprocal actions by Russia) can include scaling down the number of deployed strategic warheads to around 1000 and conducing “bold reductions” in the arsenal of non-strategic nuclear weapons. [3] Secondly, as promised in Prague, the President has steadfastly led the efforts to secure fissile materials worldwide against the threat of terrorism or theft. The Nuclear Security Summits process launched in 2010 was essential in focusing the attention of other leaders, and applying pressure on them to take specific actions. The results include visible strengthening of the framework of the nuclear security system, and securing appropriately 3 tons of high-enriched uranium and separated plutonium in 27 countries. [4]

Iran remains the major issue which can make or break the Obama legacy. The President’s approach to tackling Iran’s pursuit of nuclear weapons breakout capability has been exemplary so far: applying enough pressure to bring the Iranians to the table, but also offering the carrot of a comprehensive arrangement. In the meantime, Obama had to deal with relentless Israeli (and Saudi) pressure to take military action. Following the November 2013 Geneva deal, substantive negotiations on a final agreement are now ongoing. If they succeed in bringing a lasting solution to the problem of Iranian nuclear aspirations, Obama could still be praised as a man who not only brought strategic stability to the Middle East, but also provided a powerful boost of confidence to the NPT regime.

The vision of ridding the world of nuclear weapons predates Obama, and it will still be attractive after he leaves office. So far the current president has not managed to “bend history” towards the nuclear-weapon-free world. [5] He has been acting against some powerful forces internally and externally. For most of the possessors, nuclear deterrence remains the best insurance policy, especially when facing growing regional threats (India, Pakistan, Israel) or when still preparing for a possible conflict with the United States (Russia and China). With skeptical “friends” like this, Obama can only hope that the enemies in Teheran would lend him a hand in salvaging some parts of his Prague vision.

Prospects for the 2014 NPT Preparatory Conference

Ahead of the 2014 NPT Preparatory Conference, ELN member Lord Hannay argues that the international community must continue to work toward strengthening all aspects of the nuclear non-proliferation regime. 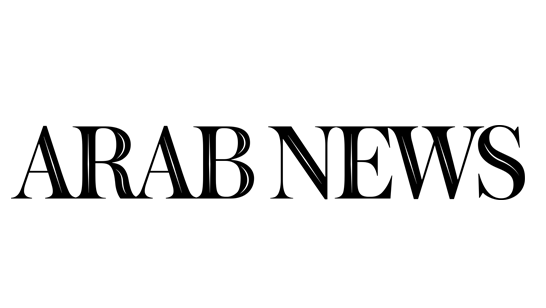 The ELN’s joint statement with the Iran Project has been mentioned in Arab News in an article authored by Senior Network member, Alastair Burt.