When the OSCE deployed a Special Monitoring Mission (SMM) to Ukraine on 22 March 2014, following the decision by the OSCE Permanent Council the previous day, the situation in the eastern part of the country was tense: there were protests and demonstrations against the government in Kiev, but no violence. While the SMM was building up its initial strength of 100 monitors, the situation escalated: government buildings were seized by armed groups and violence increased. Around the time the SMM decided to increase the number of monitors to its (then) maximum strength of 500, fighting had intensified: tanks, heavy artillery and multiple launch rocket systems replaced Kalashnikovs as the main weapons in use. While the first OSCE monitors who arrived in the East in late March 2014 monitored peaceful protests, the 350 monitors deployed today on both sides of the line of contact in the Donetsk and Luhansk oblasts are tasked with monitoring a fragile ceasefire and the withdrawal of heavy weapons from the zone of conflict.

It is important to take this look back to understand the political, operational and security-related challenges the OSCE faces in Ukraine. The environment in which the SMM has operated has deteriorated rapidly. As a result, the Mission has been constantly forced to adjust and, in essence, to reinvent itself. The SMM was designed and initially deployed as a monitoring mission based predominantly on civilian expertise. Today, the SMM is a civilian peace operation with a strong element of military expertise. It operates unmanned aerial vehicles (UAVs), integrates information from satellite imagery into its operational planning and has acquired armoured ambulances alongside its other 150 armoured vehicles. Two of its monitoring patrols were abducted and held for almost 30 days; its ground patrols and UAVs have been shot at; and monitors continue to face frequent challenges to their freedom of movement in the conflict zone. In short: the SMM monitors operate in conditions resembling a fully-fledged peacekeeping operation, which requires adequate security arrangements, thorough planning and specific expertise, supported by modern and reliable equipment to be able to efficiently carry out expected tasks.

The speedy deployment of the SMM in March 2014 and the capacity to quickly equip and readjust the Mission to changing needs represent a huge achievement for the OSCE. One year after its inception, the SMM has become the largest OSCE field operation with more than 700 staff members deployed and an annual budget of EUR 88.7 million. In line with the 12 March 2015 decision of the OSCE Permanent Council, the SMM is now authorized to expand up to 1,000 monitors plus support staff.

While the deployment of the SMM in itself was not enough to stop the crisis from escalating, it ensured the presence of OSCE monitors who provide the international community with objective reporting on developments on the ground and established a wide network of contacts with all relevant actors in the region. Both factors were crucial elements of the SMM’s successful role in moving quickly to facilitate access for the international investigation team to the crash site of Malaysian Airlines flight MH 17 in summer 2014.

The OSCE has also been entrusted with a key role in the implementation of the ceasefire agreements reached in Minsk in September 2014 and February 2015. Over the past weeks and months, OSCE monitors have reported in an impartial manner on ceasefire violations by both sides; monitored the exchange of prisoners; and facilitated localized ceasefires to allow humanitarian access, conduct demining operations, restore critical infrastructure and recover human remains. The SMM has also engaged with both sides on verifying the withdrawal of heavy weapons as required under the Minsk agreements.

Still, the potential of the OSCE to further stabilize the situation on the ground has yet to be fully realized. The most important task now is to reverse the escalation of violence witnessed over the past year and move gradually to a stable ceasefire accompanied by a dynamic and sustainable political process. The experience of the past two decades in the OSCE area clearly shows that, while it is important to freeze the fighting, it is equally important to avoid freezing the conflict settlement process. In this respect, the SMM, working together in the OSCE framework with the Special Representative of the OSCE Chairperson-in-Office in the Trilateral Contact Group, the OSCE Project Co-ordinator in Ukraine, the High Commissioner on National Minorities, the Office for Democratic Institutions and Human Rights, and the OSCE Representative on Freedom of the Media, as well as with its international partners from the UN, the Council of Europe, the International Committee of the Red Cross and others, will certainly continue to play an important role in the coming months.

The SMM has the ability to effectively verify that both sides have indeed withdrawn their heavy weapons as required under the Minsk agreements. Moreover, the SMM is planning to increase its monitoring activities as the security situation improves, the number of monitors continues to expand and the Mission becomes more technically enhanced. To realize this potential, the SMM will require full freedom of movement in the conflict zone, full co-operation and adherence to the ceasefire by both sides and the continued support of OSCE participating States in providing a sufficient number of qualified monitors.

In addition, the SMM will, through its presence on the ground, continue to help deescalate tensions by facilitating dialogue to stabilize the ceasefire on the local level and to address other security issues as well as humanitarian and socio-economic grievances.

While the SMM is the most prominent example of the OSCE’s ability to respond quickly and effectively to a crisis, the constraints that have been limiting its potential thus far are also a powerful reminder of the need to address at the strategic level the challenges facing the security architecture of the Euro-Atlantic and Eurasian region. As the only regional security organization that brings all the key stakeholders to the table, the OSCE should continue to serve as a forum for inclusive dialogue to find ways to address the growing East-West divide.

Why the vision of a common economic space, from Lisbon to Vladivostok, can and should become reality. 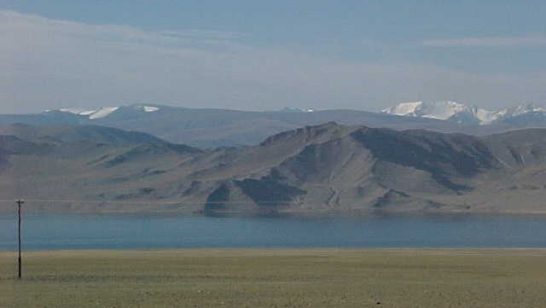 Evolving but not disappearing: Neutrality after the Cold War

The decline of neutrality in world politics has been proclaimed several times over the past century, most recently with Finland and Sweden’s decision to join NATO. Pascal Lottaz, co-editor of a new book assessing global developments in neutralism in the “Post-Cold War” period, writes that neutrality policies are still a staple of international politics and that a new international consensus on what neutrality means could help deescalate the current crisis in Europe.