“A nuclear war cannot be won and must never be fought.”

This statement was first made by Presidents Ronald Reagan and Mikhail Gorbachev at their summit in Geneva in 1985.

What was the context?

The statement was part of a larger statement announcing an ongoing process of dialogue to reduce nuclear risks and to promote nonproliferation and disarmament.

It paved the way for vital arms control treaties between the two countries, which in turn led to major reductions in nuclear arsenals. These simple words helped to deliver concrete actions with demonstrable results.

Which nuclear states have reaffirmed this principle?

Presidents Biden and Putin reaffirmed the Reagan-Gorbachev statement at their summit in Geneva in June. Presidents Putin and Xi reaffirmed it in a bilateral call and public statement the same month.

President Macron and Prime Minister Johnson have so far declined to join them.

Why have some countries declined to reaffirm the statement?

The UK and France have privately made several arguments. On one hand, some argue that the statement would not bring demonstrable change to policy because it is already implicit in policy. Conversely, some have expressed concern that it might lead to further pressure on them for nuclear policy changes that they do not have the appetite for.

There have also been criticisms that this statement alone would not be a panacea for all nuclear and strategic risks. There is some scepticism among the leaders of nuclear-armed states about whether, or how much, they can trust verbal assurances from their adversaries.

This is something on which everyone agrees. With mistrust and tensions between nuclear-armed powers running high, nuclear states are increasing their arsenals.

But this is not an argument against making a clear declaration of principle. It is, rather, an argument for ensuring that powerful declaratory statements are backed up by concrete actions on risk reduction, arms control and disarmament.

What should happen next?

If the P5 reaffirm this statement, it would help to build confidence for future talks on arms control, disarmament, strategic stability and risk reduction.

It would be particularly valuable if the statement is reaffirmed at the level of the P5 heads of state or government, rather than ambassadorial or ministerial level, to match the political commitment shown in 1985 by Reagan and Gorbachev. More than most foreign policy and military decisions, nuclear decision-making power is heavily concentrated in the hands of these five powerful leaders. The words they choose on this extraordinarily important topic are therefore of critical importance. 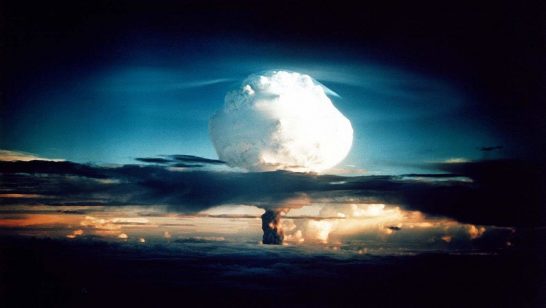