It is certainly the case that with the help primarily of the United States Pakistan has developed robust and serially redundant technologies and practices to assure the security of its nuclear weapons. On the technical side these include the protections of keeping weapons in a disassembled state (with warheads and fissile material kept at separate locations), the use of Permissive Action Link (PAL) technology to make weapons unusable if stolen, the use of authenticating and enabling codes to impose high-level and centralised control over the weapons and ensure against unintended or irrational use by unauthorised or Pakistan armed forces personnel, and the use of concentric physical barrier and related technologies (such as cameras and motion sensors) which impose security around the environments of nuclear weapons facilities, at the perimeter of such facilities, and around the weapons or weapons related material within those facilities.

On the procedural side Pakistan’s nuclear weapons safety and security is under the purview of the Strategic Plans Division (SPD) which began operations in December 1998, the same year as the tests, and which since that time has been under the leadership of the same individual, Lieutenant General Khalid Kidwai (retd). The fact that Lt Gen. Kidwai, and many of those closest to him, has remained in post so long (defying the usual promotional rotation and retirement norms of the Pakistan Army) and that the SPD has close relations with the United States, has provided an enclave context of stability and bilateral reassurance within which the size and competence of the SPD has continued to grow and within which it has been possible for Pakistan to find responses to security and safety threats as these have emerged.

The authority and control of the SPD over those who operate and have roles in the maintenance, transport, deployment, operations, and protection of Pakistan’s nuclear weapons and related infrastructure (thought to number between 40,000 and 70,000 people in total) is maintained through a variety of means. These include robust recruitment and personnel reliability screening to exclude or rotate out of existing duties those thought to be unreliable or potentially subject to outside pressures (for example of blackmail, honey-trap, foreign sympathies, and so forth); the use of intelligence elements within the SPD (intelligence, counter-intelligence and security teams and directorates) to oversee those with operational nuclear weapons duties; the use of other intelligence agencies (primarily the ISI) to vet and monitor those with access to nuclear weapons or nuclear weapons related materials; and the use of the “two-person rule” meaning that all activities related to nuclear weapons operations must include the decisions and actions of at least two individuals. The latter operates throughout the chain of command from the civil-military composition of Pakistan’s National Command Authority (NCA) which includes the Prime Minister, senior ministers and armed forces personnel, and which has overall authority over nuclear weapons and directs the SPD (formally at least), down to the individuals operating a single nuclear weapon.

All nuclear weapons states understand, however, that the terrorist threat to nuclear weapons and nuclear weapons related technology is a dynamic and evolving one, shaped by factors which are both endogenous and exogenous to the terrorist groups themselves. The SPD (and behind them the United States and the wider international community) understands that the rapid growth of Pakistan’s nuclear arsenal – as numbers increase, types of nuclear weapons diversify, and new fissile material production facilities come on stream – increases the security and safety challenges. So too does the proliferation and strength of terrorist groups in Pakistan, including those such as Al-Qaeda which have articulated a desire to possess nuclear weapons or other WMD, and closely allied groups like the Mehsud Pakistan Taliban, Lashkar-e-Jhangvi and Jaish-e-Muhammed which have shown themselves capable of striking against hardened military targets in Pakistan.

In the near to medium term therefore the terrorist threat to Pakistan’s nuclear weapons and nuclear weapons materials centres on three core concerns. The first of these is the evolving modalities of terrorist attacks which have demonstrated the terrorists’ ability to penetrate security around the approaches to hardened military targets (including some thought to have nuclear roles) at the missile storage facility at Sargodha (November 2007), the aerospace complex at Kamra (December 2007), and munitions complex at Wah (August 2008) and subsequent attacks which have demonstrated the capacity to go further to penetrate base perimeters and – crucially – to hold space within those bases for many hours, including the attacks on the Pakistan Army’s GHQ (October 2009), the Pakistan naval base at Mehran (May 2011), and at Kamra again (August 2012). The consequent concern must be that such tactics will be applied to known nuclear weapons storage facilities and might allow terrorists to gain direct access to storage bunkers. Even if they could not penetrate these bunkers for terrorists to reach so far would be a game-changer.

The second related concern is to be found in the anxiety about insider collusion. Notwithstanding the barriers of recruitment selection, screening, off-rotation, and intelligence scrutiny it is clear that Islamist and terrorist sympathies do exist within the Pakistan armed forces and it is also clear that some of the terrorist attacks listed above appear to have had insider help (for example in knowledge of base defences, the use of plans of military bases, access to military IDs, and so forth).

Finally Pakistan’s nuclear weapons and nuclear weapons components, like those of all nuclear weapons states, exist in a cycle of manufacture, transport, storage, deployment, maintenance and refurbishment and are consequently moved about the country and are periodically to be found in civilian sector facilities. At various points in this cycle the weapons or weapons components are temporarily less secure than they would be in hardened military facilities and therefore are at greater risk than formal arrangements would suggest.

These three issues are undoubtedly understood and recognised by the SPD (and the United States and others) and are being addressed in a continuous search for responses to the evolving terrorist threat. If there is an embedded danger within this search it is to be found in the complacency that argues that Pakistan is entirely secure against that terrorist threat and that those who argue otherwise have malevolent motivations. 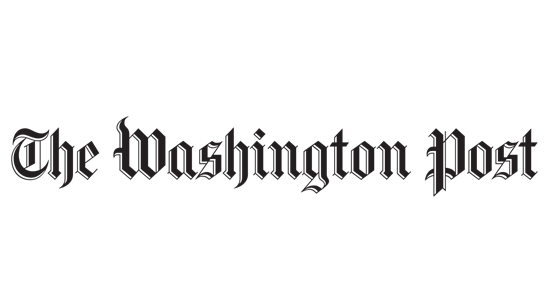