The war in Ukraine will have far-reaching consequences for Euro-Atlantic security, and there are clear risks of escalation, as it has catalysed a much larger confrontation between Russia and Western countries. Despite diplomatic channels between Russia and Western countries narrowing, in early March the US and Russia announced that they would establish a hotline to avoid miscalculation or escalation over hazardous military incidents.

The ability of the US and Russia to use communication channels as an instrument to prevent and reduce the risk of conflict between them has been illustrated during the Syrian civil war. Russia has been directly involved in the conflict since 2015 as an ally of the state army, the Syrian Armed Forces, whereas the US intervened first to support a variety of Syrian opposition forces and subsequently also as the leader of an international coalition against the Islamic State of Iraq and the Levant (ISIL) which emerged as a major force in Syria during the conflict and began to directly threaten Western countries. The regular contact of combatant military crews in the air and on the ground created a high-risk environment, where any clash could provide sparks for further escalation of an already bloody and prolonged internal war. Since 2011, the internationalised civil war in Syria has resulted in death and displacement on an enormous scale.

Military deconfliction efforts fatally proved unsuccessful during the first phase of the conflict, during which indiscriminate bombardments caused mass civilian casualties. In particular, the 2013 US-Russia agreement to dismantle Syria’s arsenal of chemical weapons dramatically failed to prevent the Syrian regime’s use of toxic gases in 2014 and 2015. However, in the context of the US’s shift of focus from overthrowing Assad to fighting ISIL, US and Russia were able to put into place a deconfliction dialogue, albeit limited to the prevention and de-escalation of dangerous military incidents between them. This also followed the establishment of a deconfliction hotline between Israel and Russia over Syria in 2015, with the tacit approval of the US, and several meetings between the Russian and US foreign ministers to discuss Syria with the UN Special Envoy Lakhdar Brahimi.

This article outlines key lessons from the deconfliction efforts started in 2015 between the US and Russia, based on the assumption that direct conflict between the US and Russia would have had even more catastrophic results in terms of violence within Syria and outcomes for civilians. The practice of this dialogue rested on three important principles that should be applied to other conflictual scenarios where the role of major external powers could potentially cause further escalations.

First, the US and Russia were able to come to terms on deconfliction mechanisms by focusing on a set of practical, realistic and incremental measures. The first memorandum of understanding, signed in October 2015, focused on air security. It minimised the risk of inflight incidents by establishing communication channels, including radio frequencies and a hotline on the ground. This system of notification expanded to ground operations in 2017. As military forces moved into close proximity on the Euphrates River Valley, the US and Russia agreed to delineate a deconfliction line along the Euphrates to have forces operate within specific boundaries and kept at stand-off distance. In addition, the US set up a Ground Deconfliction Cell based in the coalition’s headquarters in Kuwait. As its first director, US Army Colonel Robert E. Hamilton explained, the Cell maintained routine communication with the Russian headquarters in Syria and periodic exchanges at the three-star and one-star general levels to prevent ‘inadvertent contact’ on the ground.

Second, the endurance of dialogue despite near-miss accidents relied on constant coordination between the political and military leadership within the US and Russia. Indeed, while political support was instrumental in guiding deconfliction efforts and pursuing ceasefire deals, it fell to military leadership to cope with the lack of robust enforcement on the ground and take dialogue forward. In cases where the established protocols failed to prevent dangerous incidents, direct communication between military practitioners proved key to preventing conflict escalation. The first military-to-military communication channel was set up in 2015 between US and Russian Chiefs of Staff, General Joseph Dunford and General Valery Gerasimov, in an effort to reduce the level of tension after Turkey’s downing of a Russian Sukhoi Su-24 aircraft. As  Andrew S. Weiss and Nicole Ng highlighted, ‘from that point on, professional soldiers, not political appointees, generally took the lead on ensuring that military activities would not create dangers for the other side.’ In particular, the Russian use of the military deconfliction line proved essential in September 2016 to curtailUS airstrikes on Islamic State targetsthat had unintentionally hit Syrian Army soldiers. Likewise, in September 2017, the de-escalation of a Russian attack against US-backed anti-ISIL forces, the predominantly Kurdish Syrian Democratic Forces (SDF),was handled through a military-to-military dialogue led by US and Russian battlefield commanders.

However, the engagement of private Russian military contractors seriously challenged the mechanisms for information sharing and, ultimately, the effective deconfliction of incidents. In February 2018, the Russian military disavowed involvement in an attack by Syrian government forces and Russian-speaking mercenaries against a US-SDF position. Following the failure to clarify intent via the deconfliction channels, the US counterstrikes resulted in one of the deadliest battles fought by the US military in Syria, with between 200-300 of the attackers reported to be killed.

Finally, despite the mistrust and hostility reigning in the US-Russia relationship, military-to-military dialogue carried on because it was dissociated from cooperation and perceived as a necessary instrument to manage risk in a conflictual environment. Starting with the signature of the first MOU in 2015, the Pentagon made clear that this engagement with Russia did not constitute cooperation. This position was officially established by the US Congress National Defense Authorization Act in 2019, which amended its definition of ‘limitation on military cooperation’ to exclude from its scope ‘bilateral military-to-military dialogue […] for the purpose of reducing the risk of conflict.’

The European theatre is, of course, a very different political context. But as NATO and Russia have boosted their forces and capabilities on the ground, at sea and in the air, and there are growing risks of collision between them at the border between Poland and Ukraine, as well as in the Baltics and Black Sea regions, direct military-to-military communications will be vital in this highly charged environment.

The increasing reliance of the US and Russia on military deconfliction channels to sort out confrontational relations between them, however, should be seen as buying time for diplomatic tracks to manage and eventually solve the conflict. Whilst military hotlines are essential to avoid misunderstanding and escalation precipitating a conflict between two nuclear-armed military powers, they also might change the incentives for aggressive and risky behaviour in the international arena if they are perceived to be reducing the need for diplomatic dialogue and genuine risk reduction measures.

Dr Ian Anthony examines confidence and security building measures (CSBMs) in Central and Eastern Europe and notes steps made by countries such as Belarus, Poland, and Ukraine to create and enhance bilateral discussion formats. This policy brief analyses these measures and examines their applicability to the current conflict in Ukraine and the European security order that will follow the war. 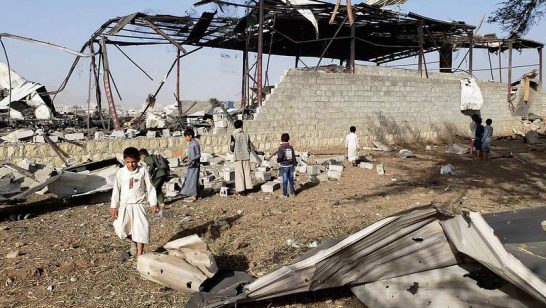