Throughout the conflict, we have been inundated with images of military blunders with equipment losses and Russian soldiers dead or in captivity. Russian armoured vehicles breaking down and falling by the wayside even before reaching the frontlines. Russian tanks destroyed by foot soldiers wielding man-portable weapons and drones. Russian aircraft being blown out of the sky by the same foot soldiers and their shoulder-fired missiles. Russian communications easily intercepted. Captured equipment once feared as highly technical and advanced, turning out to be packed with antiquated or even missing components. Russian soldiers stealing food, bulletproof vests, and even boots. Russian logistics struggling to keep their troops and supplies through mud and adverse conditions. Russian generals dying on the frontlines.

Another prevalent image, particularly in the early part of the conflict, was comparisons between the militaries of Russia and Ukraine, showing an immense advantage on the part of Russia. These images were accompanied by commentaries that Russia, with its vast number of troops and equipment, should have easily overrun Ukraine. Often left out of these analyses is the fact that in any armed conflict, it would be difficult for Russia to focus all its forces on one front. Though its military is massive, Russia is a huge country and must defend all its vast territory, which requires that the majority of its defensive forces must stay in place and cannot be brought to bear on a single front in any offensive capacity.

There is an inescapable conclusion from these qualitative and quantitative aspects of Russia’s military power: it is hardly capable of attacking and defeating NATO. It does not have the true offensive capability to challenge and defeat NATO, or even some of its individual members. Russia’s military capabilities, though formidable, are sufficient largely for its own defence to guard and secure its rather substantial territory. In 2021, Russia accounted for just 3.2% of world military spending. For the same year, the rest of NATO – excluding the US, the UK, France and Germany – already amounted to 8.3% of the world’s total. Combined with these four states, NATO collectively accounts for 57.1% of world defence spending.

Russia’s thinly stretched military could validate what it has been claiming all along: that its armed forces, huge and substantial though they may be, are for defensive purposes only. It has very little true offensive capability in terms of waging conventional war against NATO and having any hope of victory. What then is the reason for NATO’s very existence? If Russia is unable to defeat and conquer Ukraine, whose military power is below that of at least seven or eight individual NATO members, then how much of an existential threat is Russia to NATO and its members?

The Russian military failure could provide a historic opportunity to reassess the security situation in Europe. Hopefully, a narrative emerges where NATO realises – and acknowledges – the true limited military capabilities of Russia. Russia is not the Soviet Union with its Eastern Bloc. There is no longer a Warsaw Pact. Warsaw is now helping Ukraine wage war against Russia. Just as importantly, for this narrative to have any chance of success, Russia itself must take every effort to be less of a threat.

However, the narrative is heading in the opposite direction. NATO seems to have decided to ignore Russia’s diminished military capabilities and instead place its faith in stronger defence – a decision which will inevitably lead to a new conventional arms race and increased tensions. The emerging narrative is that NATO must increase its defence spending to build and produce more and better arms – whatever the outcome of the current conflict.

NATO seems to have decided to ignore Russia’s diminished military capabilities and instead place its faith in stronger defence – a decision which will inevitably lead to a new conventional arms race and increased tensions. Carlos D. Sorreta

The question is, will Russia be able to keep up with NATO’s arms build-up?

As mentioned above, NATO collectively has more resources available for defence than Russia does. Though the reporting period covered by the IISS Military Balance 2022 indicates that much of the spending goes towards recapitalisation of airpower, improving readiness, and increasing capabilities for the Indo-Pacific, the conflict in Ukraine has led to the reprioritisation of resources to face the Russian threat, as evidenced by the German decision to commit 100 billion euros for its 2022 defence budget, almost double the 2021 budget. Russia would have to divert huge amounts of capital, source high technology, address the issue of corruption and redirect civilian industries in order to make up for its shortfalls in critical items like precision munitions and sustain the conflict. Though Russia reports that it has gained a budget surplus in January-July 2022, being able to spend that money may be a challenge due to the sanctions regime in place.

Trying to keep up with the West and its military spending is one of the reasons the Soviet Union no longer exists. This is a lesson that President Putin, who was there at its collapse and who had to pick up the pieces of a dismembered power, understood very well. There is a very real danger here. If Russia cannot keep up with the West’s conventional arms build-up, how can it feel truly secure? How can it match NATO’s military capabilities without defaulting on its debts? Although Russia could just try to spend more on its military industries (it has already spent double its planned spending in the first four months of 2022) heedless of long-term costs, doubts remain about whether it can sustain its forces. In the long-term, it seems possible that the only choice for Russia is to rely more heavily on its nuclear force, including tactical nuclear weapons. That choice might appear to Russia as the most cost-efficient way to match any NATO arms build-up.

This concern is reinforced by the fact that throughout the conflict, Russia has never hesitated to bring the spectre of nuclear weapons into the political discourse. This stance is consistent with its 2014 Military Doctrine, which states that: “The Russian Federation shall reserve the right to use nuclear weapons in response to the use of nuclear and other types of weapons of mass destruction against it and/or its allies, as well as in the event of aggression against the Russian Federation with the use of conventional weapons when the very existence of the state is in jeopardy.”

NATO’s leaders are certainly aware of this dire possibility. All their actions in support of Ukraine have been carefully calibrated to prevent an escalation as there is an unspoken fear of triggering a wider, and even a nuclear, conflict. While their rhetoric has been forceful, NATO leaders have gone to great lengths to emphasise that they will not intervene directly in the conflict and will limit their help to sanctions, specific weapons, development assistance, and intelligence. However, there are always those who only need the slightest excuse to push for unrestrained defence spending, and Russia’s armed action in Ukraine is certainly far from being slight.

This month, diplomats in nuclear disarmament and non-proliferation gather at the United Nations in New York for the 10th Review Conference of the Nuclear Non-Proliferation Treaty. It is an important venue to influence the discourse on the possible nuclear consequences of NATO’s plans to dramatically increase defence spending. The continuous, unrestrained growth in defence spending promotes self-reinforcing “cycles of insecurity”, which will further negatively impact international security. The immediate priority for all parties involved in the conflict is to agree on terms for an effective ceasefire and find a workable diplomatic solution to the war.

The opinions articulated above represent the views of the author(s) and do not necessarily reflect the position of the Philippine Government, the European Leadership Network or all of its members. The ELN’s aim is to encourage debates that will help develop Europe’s capacity to address the pressing foreign, defence, and security policy challenges of our time. 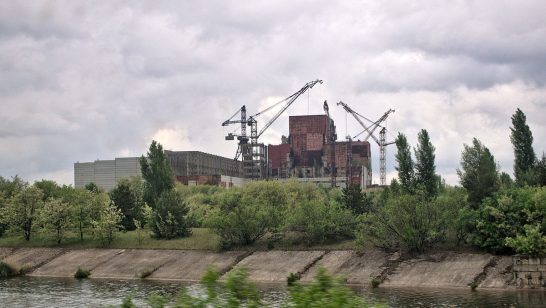 Given the current situation in Ukraine, Kapil Patil argues that we must seriously rethink the extant nuclear safety regimes and how best the international community can reinforce the global nuclear safety and security norms. 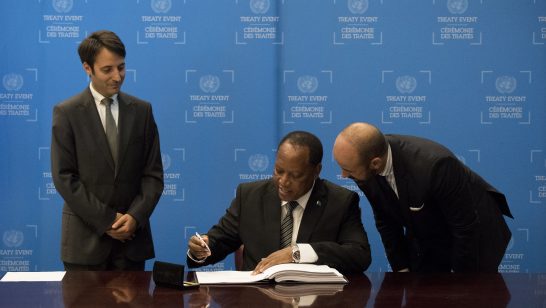